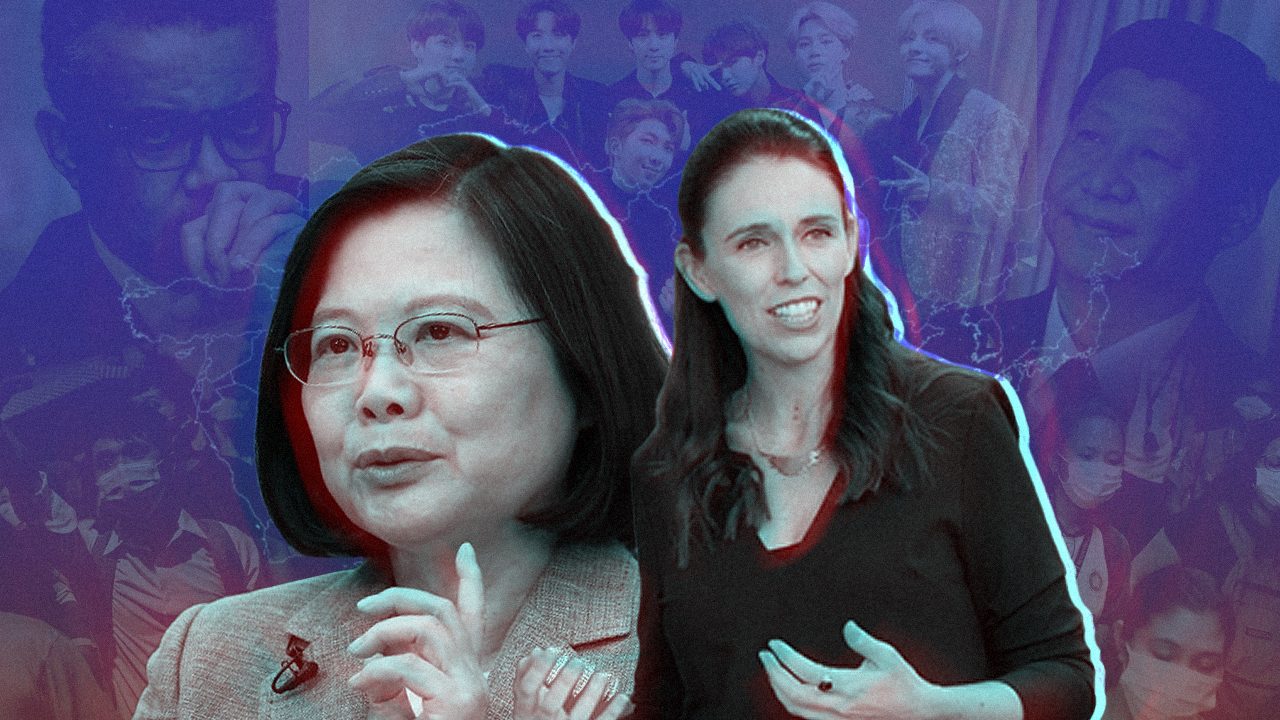 Facebook Twitter Copy URL
Copied
In this most difficult of years, Best Year in Asia goes to a dynamic duo of decisive female leaders who are showing the way to a better year ahead

From K-pop sensation BTS to the people of Hong Kong in 2019, Asia’s “winners” and “losers” in our annual rankings from “Best Year” to “Worst Year” have at times caught the eye of Malacañang and the Office of the President.

This was particularly true in 2016, when CNN picked up our naming the then-newly elected President Rodrigo Duterte as having had the Best Year in Asia. In 2018, Fox News took note when we gave “Press Freedom in Asia” the dubious distinction of Bad Year in Asia, citing attacks on the media in Myanmar, the Philippines and elsewhere.

Now, as 2021 thankfully begins, we take one last look at the year that was.

For the Philippines and Southeast Asia, 2020 was a year that could not be over fast enough. As of December 26, COVID-19 cases reached 469,005 in the Philippines, with the death toll surpassing 9,000. Both numbers were second only to those for Indonesia among all ASEAN nations. Metro Manila alone accounted for some 206,000 cases and 3,760 deaths by Christmas.

Elsewhere, the ongoing economic and health catastrophe has encompassed more than 1.7 million dead globally – including more than 325,000 in the United States and more than 147,000 in India.

Yet, less than 12 months since the novel coronavirus, SARS-Cov2, first identified in China would spread with deadly effect to the world, there lies hope for a better year ahead amidst unprecedented progress on vaccines and treatments.

So, who was up and who was down in Asia in 2020? Here’s our annual assessment:

As in too many places, it is the poorest and most vulnerable in Asia that have been hit hardest by COVID-19. The World Bank reports that Asia’s most vulnerable have borne the brunt of a “triple shock” – the pandemic itself, the economic fallout from the containment measures, and the ensuing global recession.  Amid collapsing tourism and weakened exports, hunger grows, and access to jobs, technology and education shrinks.

Across the Indo-Pacific, migrant workers in particular have suffered the consequences of economic lockdowns. The diversity of victims of the coronavirus’s economic impact has ranged from workers from Myanmar toiling in the Thai seafood industry, to manufacturing workers from Nepal at Malaysian medical glove factories. Overseas Filipino Workers, including many providing heroic, frontline health and other services, are being disproportionately impacted.

The Asian Development Bank now projects that the coronavirus could push 160 million more into poverty across Asia.  The region’s poverty rate will increase for the first time in 20 years, adds the World Bank.

Sadly, it is Asia’s rapidly growing class of the “new COVID poor” who receive the depressing distinction of the worst year in Asia.

It should have been a year for the WHO to shine. Instead, the specialized UN health agency and its beleaguered director general, Tedros Adhanom Ghebreyesus of Ethiopia, found themselves in a no-win situation facing accusations of not holding China accountable for its less than transparent handling of the coronavirus.

Hidebound by the rules of bureaucracy and diplomacy, the WHO could say little as China delayed release of information, allowed millions to travel from Wuhan during the Chinese New Year period, and cracked down on citizen journalists and whistleblowers. In February, Chinese doctor Li Wenliang himself died from COVID-19 after seeking to warn others of a mysterious SARS-like virus early on.

Outgoing President Donald Trump said the US – the WHO’s largest donor – would leave the organization, alleging that Ghebreyesus and the WHO were beholden to China. A turnaround could be at hand with a new US administration, but it’s been a decidedly bad year for WHO and Ghebreyesus.

Mixed year: Xi Jinping and the Belt and Road Initiative

China President Xi Jinping’s successes at home so far in crushing COVID-19 and dissent in Hong Kong were tempered by the growing pushback abroad in 2020 against his much touted “Belt and Road Initiative.”

This grand “One Belt One Road” infrastructure scheme launched in 2013 to connect some 70 countries with a “new Silk Road” of Chinese-financed ports, railways and highways, and other projects ran into growing push back amid COVID-19 slowdowns and worries about debt owed to China. This was underscored at year-end as Australia approved new laws that would give Prime Minister Scott Morrison powers to veto or scrap agreements that state governments reach with foreign countries, including a BRI project in the state of Victoria. Many in the Philippines are likewise giving second thoughts to the strings that might be attached to China’s involvement in the Philippines’ “build build build” initiatives.

A 2020 Pew Research survey fielded in 14 countries including Australia, the US and several Asian and European nations revealed that attitudes toward Xi and China have now reached new lows. At least 78% of respondents stated that they had little or no confidence Xi would do the right thing in global affairs, up from 61% in 2019. 2020 was a decidedly mixed year for Xi despite, or perhaps because of, the reality of China’s engagement abroad – from conflict on the Himalayan border with India to trade tensions and disputes over the Mekong River and the West Philippine Sea.

The United States might have Amazon and eBay, and Philippine consumers know Lazada, Shopee and Zalora, but a diversity of Asia’s e-commerce giants also found 2020 to be an emphatically good year.

E-commerce in Asia was already on the rise well before COVID-19. GoJek of Indonesia and Grab of Singapore have long had well established digital payment platforms. And with the pandemic, the pace of adoption has quickened as lockdowns drove more consumers online, from India to Japan.

Chinese e-commerce giants Alibaba and JD.com racked up a record $115 billion in sales on a single day. And a report from Google, Temasek Holdings and Bain & Company projects e-commerce in Southeast Asia to exceed $100 billion by 2025, up from $38 billion in 2019.  All this is good news across Asia for e-commerce platforms such as Tokopedia, Taobao, Shopify, Bukalapak, and Sendo. Importantly, 2020 might also herald many a good year ahead as consumers build on new digital habits, from fintech to telemedicine.

Both women won landslide reelection this year, but that’s not all that Taiwan President Tsai-Ing Wen and New Zealand Prime Minister Jacinda Ardern have in common. These two leaders led charges against COVID-19, instituting strict lockdown measures that prevented community transmission in their countries while also avoiding the draconian practices adopted by China.

And when it comes to economic numbers, Tsai and the people and businesses of Taiwan may well be a role model for all. A campaign proclaiming “Taiwan can help” has sought to turn the island’s success in battling COVID-19 into geopolitical gains. By mid-December, Taiwan’s 2020 economic growth looked to outpace much of Asia’s including that of mainland China the world’s second largest economy – for the first time in decades.

So, in this most difficult of years, Best Year in Asia goes to a dynamic duo of decisive female leaders who are showing the way to a better year ahead. – Rappler.com

Curtis S. Chin, a former US ambassador to the Asian Development Bank, is managing director of advisory firm RiverPeak Group, LLC. Jose B. Collazo, is a Southeast Asia analyst and project consultant at RiverPeak Group. Follow them on Twitter at @curtisschin and @josebcollazo.