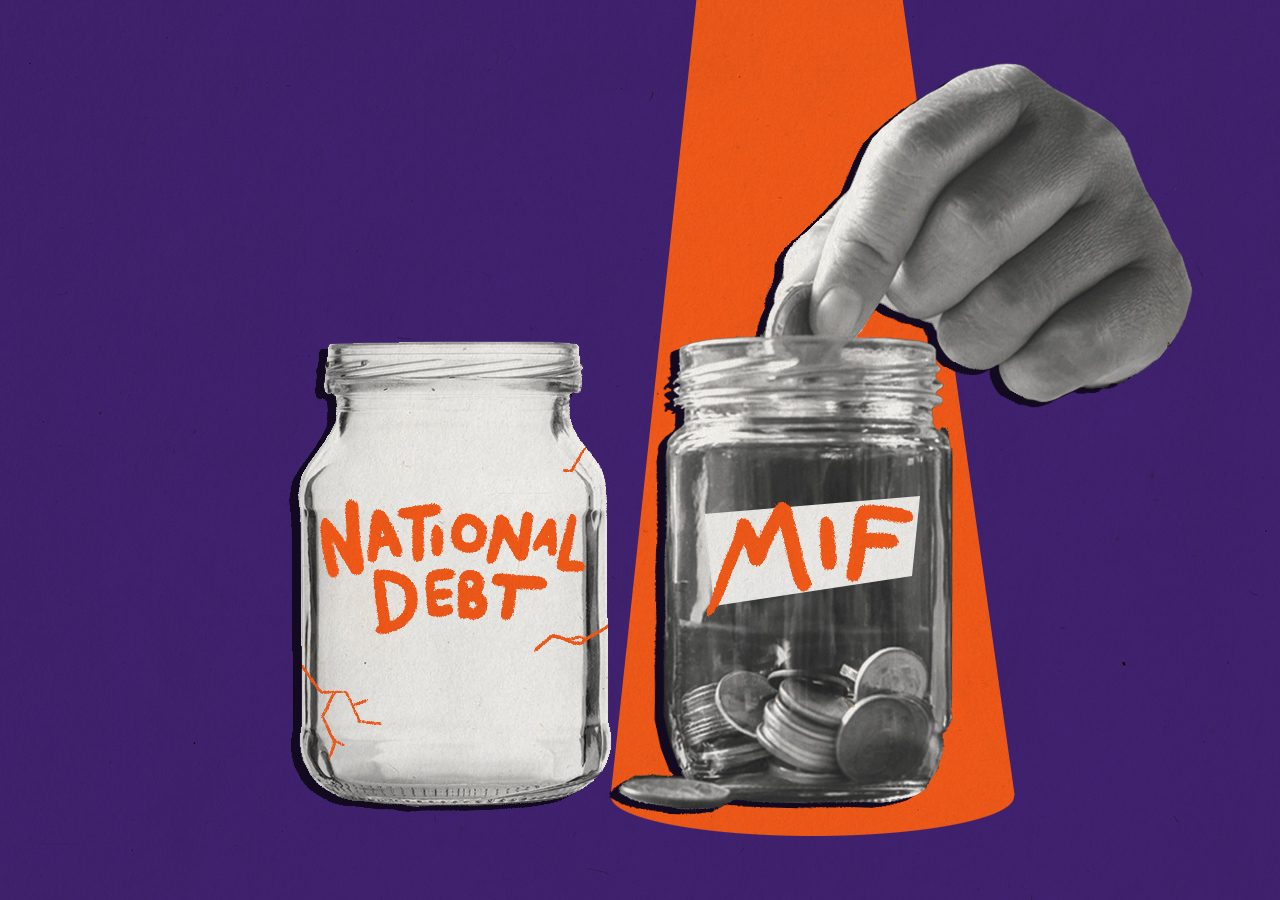 Facebook Twitter Copy URL
Copied
The question to the Filipino people is: how should we use our precious public funds – to pay our national debt and reduce the crushing debt servicing every year, or put the funds as equity of the MIF?

Let us explain to the Filipino people why the MIF is funded from debt and the consequences of such debt financing at the present time. Under the One-Fund concept as embodied in the General Auditing Code, the Budget Reform Act and the Revised Administrative Code, all revenues of the government from all sources, such as taxes, duties, fees and dividends from government-owned and controlled corporations (GOCCs) including the Bangko Sentral ng Pilipinas (BSP), form part of the General Fund under the National Treasury. Under the Constitution, money in the General Fund cannot be spent unless authorized in an appropriation law enacted by Congress.

Every year, Congress enacts the General Appropriation Act (GAA) which authorizes disbursements from the revenues accumulated during the corresponding year in the General Fund. For several decades now, the revenues accumulated yearly have always been less than the expenditures for the corresponding year. In short, the national government has always been in deficit – expenditures have always exceeded revenues every year. To fund the shortfall, the government has been borrowing every year in what is called deficit spending.

The MIF, however, actually increases our national debt. Since the national government is already in deficit, any direct transfer of GOCC dividends to the MIF, or any disbursement to the MIF of funds from revenues of the General Fund, means a corresponding decrease in revenues of the General Fund needed to fund other government expenditures for the year under the GAA. This decrease in revenues means a corresponding increase in the deficit to be funded from additional borrowings, increasing our debt burden and debt servicing. In short, the seed capital and subsequent increases in the capital of the MIF will effectively be funded from borrowings because the government is already in deficit spending.

This is now a question of wisdom and not of legality – whether it is sound economic policy at this time, under the present circumstances, to increase the national government’s debt burden and debt servicing just to create the MIF, or whether it is better to first reduce our national debt and lessen our debt servicing before even thinking of creating the MIF. A good target is to reduce our debt-to-GDP ratio to 40% – which was our pre-pandemic debt-to-GDP ratio.

For 2023, the debt servicing under the proposed 2023 GAA is a staggering P1.6 trillion – or 29.8% of the proposed 2023 national budget, with P1.02 trillion for amortization of principal and P582.3 billion for payment of interest. This means that almost 30% of our national budget will go to debt servicing, and over P.5 trillion of that will go to interest payment alone. In addition, the projected budget deficit for 2023 is 6.1% of the national budget, or P1.47 trillion, which is the amount that the government will borrow in 2023 to fully fund expenditures under the 2023 GAA, excluding the funding for the MIF.

You can just imagine if 30% of your monthly salary goes to the bank to service your debt. If you earn a P30,000 monthly salary, P9,000 will go to the bank to amortize the principal and interest on your debt, leaving you with only P21,000 to pay for your food, rent, electricity, telephone bill, transportation, medicine, and other necessary expenses for the month. This situation means you have to borrow some more just to make ends meet, increasing further your debt and debt servicing. If suddenly you have a windfall income, like you are able to sell an idle property, the first thing you would logically do is to pay your bank debt to put an end to the crushing monthly debt service payment.

The question to the Filipino people is: how should we use our precious public funds – to pay our national debt and reduce the crushing debt servicing every year, or put the funds as equity of the MIF in the hope that its investments will earn more than the interest payments that the government pays annually for the borrowings to put up the equity of the MIF?

At present, the Philippine government pays 6.9% annual interest on its 10-year bonds. The sponsor of the MIF bill in the House of Representatives stated that the MIF is expected to earn an average of 7% to 8% annual return. Does it make sense that the government will earn just 7% to 8% annual return on its investment in the MIF while it pays 6.9% annual interest on the funds it borrows to put up the equity of the MIF?

We must remember that the Maharlika Investment Corporation, which manages the MIF, is authorized under the proposed bill to spend annually for administrative and operating expenses up to 2% of the MIF. On a national accounting basis, the MIF will result in an annual loss because the total annual cost of putting up and operating the MIF is 8.9% of the MIF while the MIF will earn annually only from 7% to 8%.

The largest slice of Philippine debt will mature in three to five years. The next largest slice will mature in one to three years. The Philippines is considered at the most risk of having to refinance its maturing debt at higher interest rates because of this huge short-term debt stock. Our present 64% debt-to-GDP ratio, expected to increase to 66.8% in 2023, will add to this risk of higher interest rates when we refinance our debt.

In summary, the MIF will be a losing proposition since its expected annual return is only 7% to 8% while the interest on its debt-funded equity plus its operating expenses will be 8.9%. The MIF is being put up at the worst possible time, when the country’s debt servicing for 2023 is projected at P1.6 trillion, or 29.8% of our national budget.

The projected budget deficit for 2023 is another staggering P1.47 trillion to be funded again from additional borrowings. It will be more prudent if we first reduce our debt-to-GDP ratio from the present 64% to the pre-pandemic level of 40% before we even think of putting up the  MIF. In any event, the MIF must always come from surplus revenues of the national government so that the cost of the equity of the Fund to the Filipino people will be zero. – Rappler.com