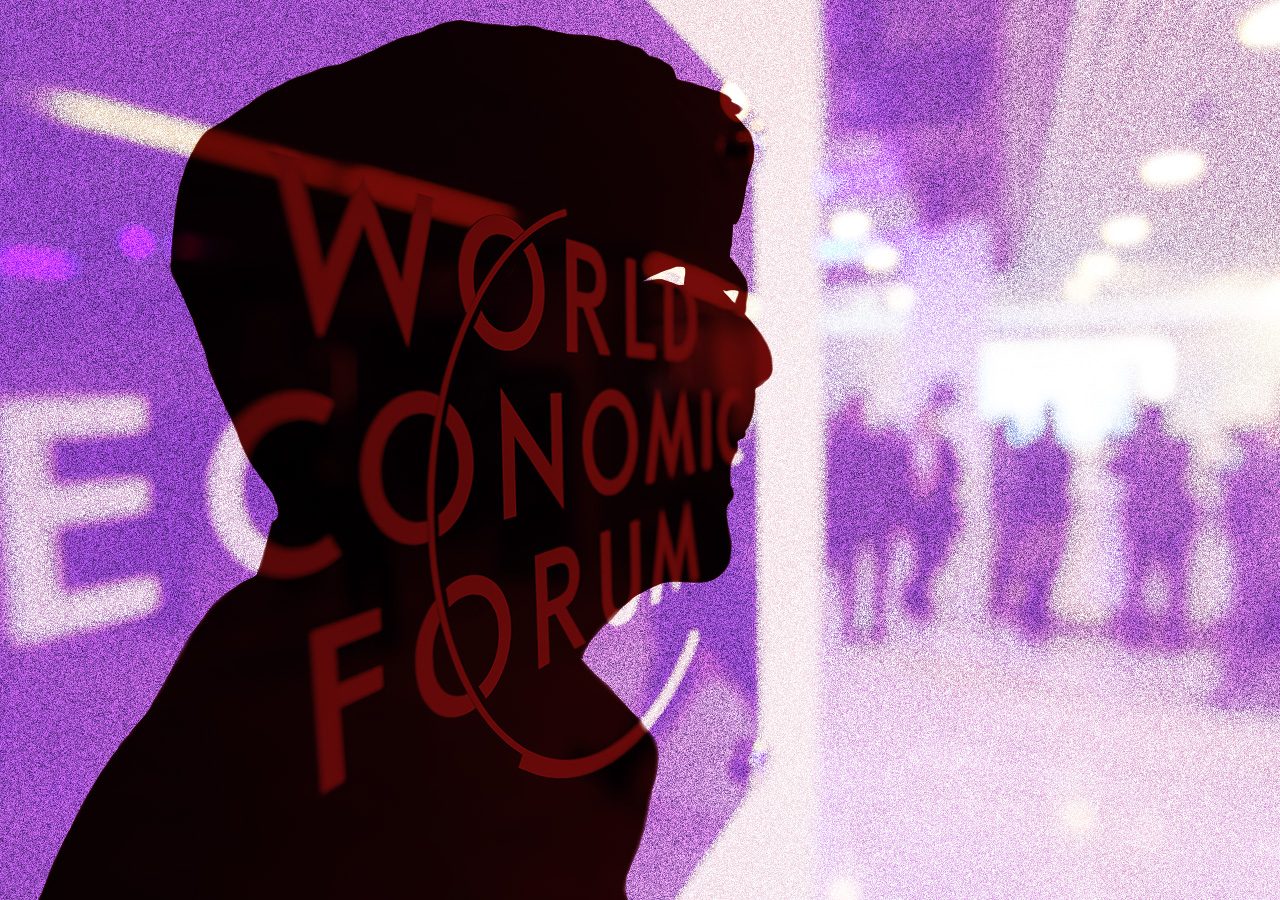 Facebook Twitter Copy URL
Copied
Marcos himself said little about his pet Maharlika Investment Fund, with his delegation pitching to a crowd of at most 15 people

As far as the government is concerned, President Ferdinand Marcos Jr.’s Davos trip is turning out to be a rousing success.

But upon closer inspection, and after watching the videos, one quickly realizes that Marcos’ speeches at the Alps are full of hot air, cherry-picking the good bits about the Philippine economy while omitting all the uglier bits.

For instance, in his chat with World Economic Forum President Børge Brende, Marcos boasted that the Philippines is the “fastest” growing ASEAN country. This is not true.

In the third quarter of 2022, our total output grew by 7.6% compared to the previous year. But Malaysia’s output grew by 14.2%. If Marcos was talking about our economy’s growth for the whole of 2022, we won’t know that statistic until January 26. Where are they getting their info from?

Marcos did acknowledge that the country’s debt is now at 62% of GDP (the latest figure is in fact 63.7%, as of the third quarter of 2022), and that this is “still very high for us.” He added that, “The strategy is to have high growth rates and to pull us out of the debt situation.”

That’s sensible, but he can’t bank on growth alone. He has to find ways to reduce the budget deficit (and our reliance on debt) by, say, raising taxes (a politically costly move he’s avoided so far) or becoming more prudent about government expenses (the presidential junkets are not helping; the Davos trip is already Marcos’ 8th trip in his first 7 months in office).

The President also mentioned the country’s low unemployment rate, 4.1% as of November 2022, saying that’s “lower than it was before the pandemic.” Moreover, he said that his “theory” is that “as long as the unemployment rate stays low, then the recessionary forces are something that we can resist.”

True, the Philippines will likely avoid a recession (or economic downturn) in 2023. It’s also true that our unemployment rate is at a record low. But this is because more people are back at work or seeking work, now that we’re returning to our pre-pandemic lives. If you check the data, the labor force participation rate was at 67.5% in November 2022, the highest level since the pandemic started.

Even so, the President neglected to say that the underemployment rate – which includes those employed but seeking more pay or hours of work, and arguably the better welfare indicator in countries like the Philippines than unemployment – is still high at 14.4%. This suggests that even if more people are back at work, more than 7 million Filipino workers are still not getting enough pay, especially with high inflation squeezing most people’s wallets and bank accounts these days.

Marcos also boasted that “we have the youngest workforce in Asia” with the average age of the Filipino worker at 23.5 years old. Marcos added that “that is a huge demographic dividend.”

Actually, 23.5 years refers to the median (not average) age of Filipinos at large (not among workers specifically). Again, who’s misinforming the President?

More importantly, the “demographic dividend” refers to the economic and social benefits arising from having such a young and sizable working population, including a boost in spending and our ability to better support minors and the elderly.

But demographers have been saying that such claims about the demographic dividend are exaggerated. (Marcos also said in his remarks that the dividend “is not paid out just as a matter of course.”)

For instance, even if we’re predominantly English-speaking (another thing Marcos flexed in Davos), we have a 90% learning poverty rate according to the World Bank. How productive and competitive can Filipino workers be if most of us can’t receive quality education to begin with? How can we compete with the labor forces in neighboring Asian neighbors like Vietnam and Malaysia?

The President also mentioned that there are about 10 million “overseas workers” sending valuable remittances back home, and such remittances have served as a valuable “buffer” for our economy.

However, technically, there were only 1.83 million overseas workers in 2021; the 10 million he referred to is the total number of overseas migrant Filipinos living all over the world. And remittances aren’t coming in as strongly as they did in the early 2000s: they are now growing in the single digits, not double-digits.

It’s easy to be impressed by Marcos’ economic remarks; our expectations from the President are so low in the aftermath of the Duterte administration.

But aside from giving verbose answers to questions posed at him, Marcos was also quite incoherent at times. Consider this excerpt:

“So again, but the on the plus side, what when when I am asked why, why are you so optimistic about the future? And I always say, you know, when when there is when what we have been given is that people say we have to recover. You know, we got into this debt hole and we have to dig ourselves out of it. Don’t really see it the same way. What I see is that we are reforming, reshaping the global economy, and that gives us an opportunity. It’s not a clean sheet of paper, but maybe half clean sheet of paper. We can we can still design and draw…”

In another instance, he said, “The raw material in terms of in terms of our workforce is very, very advantageous.” What does that even mean?

Then he said, “The [overseas Filipino] remittances now comprise about 9% already of…what the government is using to fuel this growth.” Again, what’s that supposed to mean?

So in the end, the President and his huge contingent flew thousands of kilometers to an expensive Alpine ski resort town, spending millions of pesos of taxpayers’ money, to spew ill-formed words that ultimately won’t mean a thing for ordinary Filipinos back at home.

The truth is, everything Marcos said at Davos could’ve been done in an email. In the words of economics professor Winnie Monsod, “Hasn’t the President ever heard of Zoom?”

Marcos himself said little about his pet Maharlika Investment Fund, and largely delegated the task of pitching it to the Davos crowd to Benjamin Diokno, his finance secretary.

In one of the small side meetings, Marcos and his delegation pitched Maharlika in front of a crowd of 15 people at most – one of them being his own son Joseph Simon, who just happens to be sitting at the opposite side of the room. Is that it? What a joke. (Check out the footage here.)

Marcos is the only president from ASEAN who flew all the way to Davos. Perhaps other ASEAN leaders figured the frivolity of the event, or realized they can grow their economies robustly without having to hobnob with the Davos elite.

Still, if there’s one notable thing to come out of Davos, it’s the fact that Marcos spilled the beans about his family’s motivation to return to politics after the 1986 People Power Revolution.

He blurted out that his family’s exile in Hawaii “were dark times for the family, and I daresay even for the country.” He added, “For us, to defend ourselves politically, someone had to enter politics and be in the political arena so that at least…not only the legacy of my father, but even our own survival required that somebody go into politics.”

This is obvious enough to many Filipinos, and nothing really new. But at least we got from him some honesty for a change. – Rappler.com

JC Punongbayan, PhD is an assistant professor at the UP School of Economics and the author of the forthcoming book, False Nostalgia: The Marcos Golden Age Myths and How to Debunk Them. JC’s views are independent of his affiliations. Follow him on Twitter (@jcpunongbayan) and Usapang Econ Podcast.