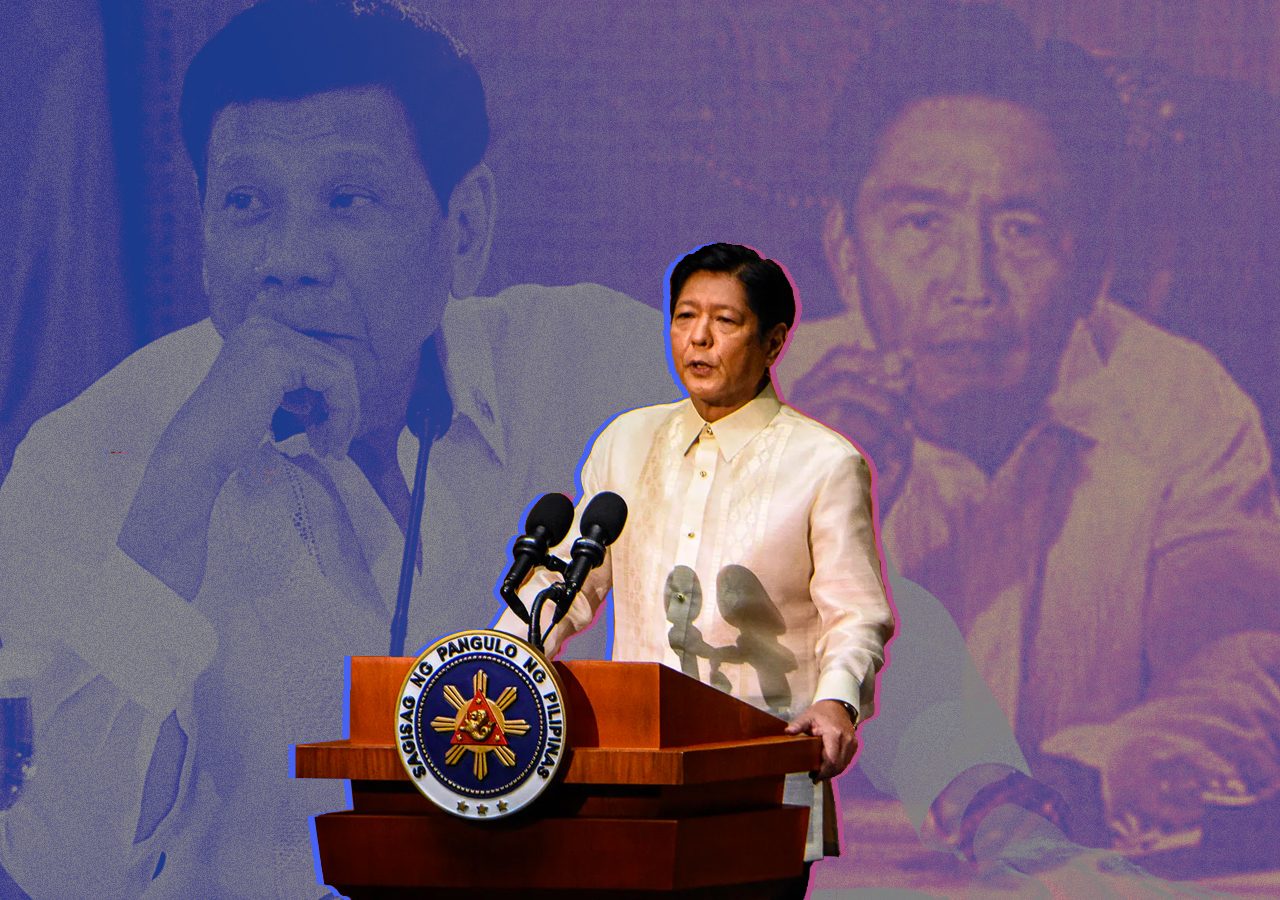 Facebook Twitter Copy URL
Copied
His government is, indeed, a cross between those of Duterte and Ferdinand I. The elements from the first are personified by recycled Duterte deputies, and those from the second by Junior’s playmates from his father’s crony families.

The notion is promoted that the government of Ferdinand Marcos Jr. is capable of lifting us out of the manifold crises we’ve been plunged into. But, with a president not only too unprepared to be reliable but too compromised to be trustworthy, how can any hope of redemption be inspired by him?

Sure enough, he exhibited evidence of the first deficiency upon taking office. Getting a press question wrong, presumably because his preparation had been focused elsewhere, he gave the impression of picking a quarrel with the Statistics Authority, the institution relied upon for the numbers that guide economic planners. Its inflation rate, he said, was overstated. Actually the question referred to inflation for the previous month, the month before his accession, but his mind was fixed on his target inflation for the year – 2% less, to make 4. In any case, his finance secretary was able to sort the confusion in the end.

To be sure, on the other side of the tracks, a price rise or drop of that measure can make the difference between a meal taken and a meal missed, and no presidential decree can ease the situation, because no presidential decree can ease inflation. To ordinary people, indeed, inflation – which, to their functional understanding, is how much more they spend for everything – is one of the two indices to watch religiously. The other is jobs. And the twain had better meet; wages better keep up with prices.

Certifications to a single-digit inflation don’t impress these people; after all, it’s they who spend, and they pay much more than the certified single-digit increase on prices. Neither are they impressed by statistics showing that more than nine in 10 of those old enough, able enough, and willing enough to work do have work, for many of their breadwinners work for indecent wages or hold mere part-time or temporary jobs, yet are lumped deceptively with the luckier lot.

Marcos may be forgiven his slip, but increasingly he has tended toward a p.r. presidency, one that arranges to show, for instance, more or less stabilized prices and an economy holding up well, despite the pandemic and other calamities, recurrent or recent, like typhoons and earthquakes. With deputies seeming to provide cherry-picked numbers to suit rosy assumptions, it all does look arranged. That’s why I’m grateful to be able to turn to Solita Monsod, Professor Emeritus at the University of the Philippines School of Economics, when I feel like I’m being set up.

Since being dropped, suddenly, by the Inquirer, Professor Monsod has transferred her no-nonsense weekly column, “As I see it,” from the paper’s opinion section to a blog of her own. I can only presume that, given her uncompromising independent-mindedness as an opinion writer and the Inquirer’s increasing timidity to take on the Marcos presidency, they no longer see eye to eye. Her latest column, posted last Saturday, happened to take up topical points of the sort dabblers like me are able to write about only in a general and superficial way. She remains in business for our sakes.

To be sure, since the pandemic struck more than two years ago, life has become harder and harder. Even now, as we begin to recover, basic food items like sugar, flour, and rice have grown scarce, causing their prices to soar and setting off a ripple effect across a whole range of commodities that use them for ingredients. Actually, prices are up in general due to a mix of factors, which may be put down to bad times, although inept and corrupt hands are much to blame in our case: while the pandemic called for emergency purchases of services and supplies, it also opened opportunities for wholesale corruption.

Marcos himself may be free of blame for all that, but his attempts to paper it over on his watch make him an accessory after the fact. And that’s not all. He has been found guilty of tax default, but continues to refuse to pay the P203 billion he owes the state, which certainly can use it in these dire times. But President now – and by extension the state itself, if he chooses to go to the same lengths as Ferdinand I, by declaring martial law – Ferdinand II has us, potentially, at his mercy.

He may not even have to do as his father did. He has the ground set for him by his predecessor, Rodrigo Duterte. He now has his coopted institutions – courts, Congress, army, police, auditors. He has even taken Duterte’s daughter Sara’s hand in political marriage – she’s now his vice president. In exchange, he carries on with Duterte’s brutal drug war, his whimsical Red-tagging, his vengeances on such rights and freedom advocates as Leila de Lima and Maria Ressa, his treasonous deals with China.

His government is, indeed, a cross between those of Duterte and Ferdinand I. The elements from the first are personified by recycled Duterte deputies, and those from the second by Junior’s playmates from his father’s crony families.

And it is in these hands where supposedly our redemption lies. – Rappler.com