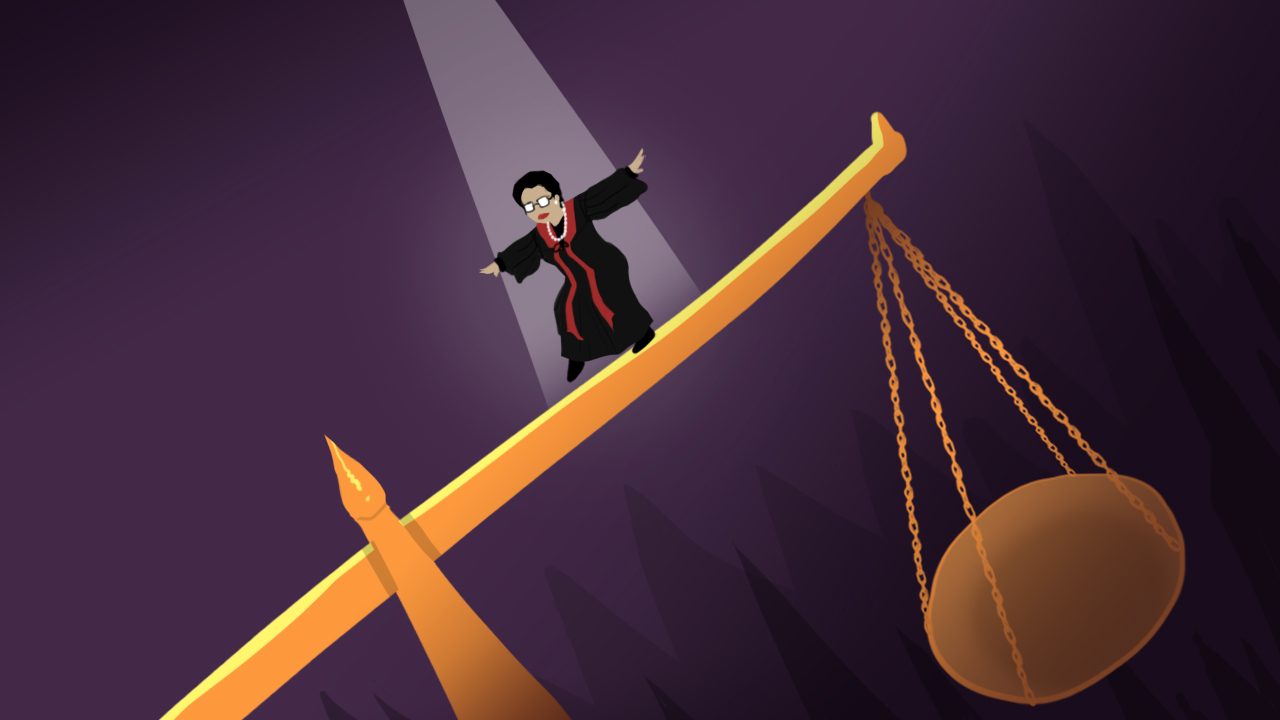 Facebook Twitter Copy URL
Copied
In disclosing her vote on the Marcos disqualification case, did the feisty official do right? Yes. Did she do wrong? Also yes.

Commissioner Rowena Guanzon did the right thing last week when she disclosed her vote on the disqualification petitions against Ferdinand Marcos Jr., in a calculated attempt to put public pressure on Commissioner Aimee Ferolino to finally release the decision of the Commission on Elections’ First Division. Today, two days before she retires from the Comelec, she authorized the release of her separate opinion.

But the attempt is fraught with risk. It could further damage the reputation of the entire commission, so soon after what looked like an organized campaign to undermine its credibility through an alleged hacking (suspicious) and then an immediate chorus of complaint (even more suspicious). And it could turn the invincible self-righteousness that Guanzon has characteristically wrapped herself in into a symbol of, even a provocation for, partisanship. That would widen the political divide even more in an election season, with an election commissioner herself as the driving wedge.

Last week, Guanzon told different journalists in a series of interviews that she had voted to disqualify Marcos because his failure to pay taxes in the early 1980s was proof of “moral turpitude;” that she was ready with her own, separate opinion on January 17, the original date that was set she said by the First Division, of which she is the presiding commissioner; and that the ponente or decision writer assigned to the cases, Ferolino, had failed to meet the deadline and was no longer communicating with her.

Making these disclosures is highly unusual in a collegial agency like the Comelec, but if I understand Guanzon correctly, she did not want the possible gaming of the system – as far as she was concerned, this meant delaying the release of the First Division’s resolution until after she retires on February 2 – to undermine the commission itself.

But Ferolino’s delay in releasing the resolution, in an election case that would most likely reach the Supreme Court during the campaign period, is also … not usual. The first delay was on account of her case lawyer contracting COVID-19; the second delay, if Guanzon’s timeline of events is accurate, was caused by Ferolino’s refusal to cede the writing to the third member of the First Division, Commissioner Marlon Casquejo. The continuing delay, parsing Ferolino’s statement in defense of her actions, seems to stem from her belief that “what really happened here is undue rush.” In other words, she’s taking her time, and there’s nothing wrong with that.

Guanzon expressed a dark suspicion about the delay. “When they found out my vote was DQ [disqualification], they influenced the commissioner-ponente to delay her resolution,” she said in a message to Rappler last week. She has since  progressively teased the identity of the politician who, she said, influenced Ferolino.

It is good for the public to get a glimpse of the dynamics of decision-making within the First Division, as within any other important government agency that conducts much of its business behind closed doors. We accept the civic-spirited belief that this glimpse into the exercise of power is one means for the democratic project to clean and renew itself. But we should also temper our belief with the knowledge that the public airing of inner-chamber secrets may wreak havoc on the chamber itself.

In my layman’s view, the delay in the release of the First Division’s resolution is clearly deliberate, and Ferolino’s strained defense only confirmed it. Guanzon did right by the public interest, then, to disclose her vote, explain her reasoning, release her opinion, and put pressure on Ferolino to end the delay.

But as I have written before, Guanzon, who has “a reputation for fierce independence,” is a person who “prizes her personal reputation above that of the institution she is supposed to prioritize and the nation she is supposed to serve.” This seems harsh, especially given today’s circumstances: a junior commissioner who has gone incommunicado; a candidate for President who is, as Guanzon accurately said, an “ex-convict.”

Unfortunately, Guanzon was not content to let public pressure bear down on Ferolino; instead, she has used her office and her social media platform to try and shape public opinion herself.

Guanzon has done so by making use of some of the worst privileges the political class in the Philippines feels entitled to.

When a renowned election lawyer, Romulo Macalintal, whose clients include both Gloria Arroyo and Leni Robredo, criticized her decision to disclose her vote, she appealed to a breathtakingly simplistic view of criticism. “Atty. Macalintal should stop talking against me or I will conclude that it is because he is a lawyer for a party who lost a case in my division, and a party list too.” Many politicians think this way: Either you are with us or against us. What a tragedy that this otherwise admirable, conscientious, incorruptible patriot should so gleefully share that stunted, stunting view.

Many who oppose President Duterte or Marcos Jr. for their anti-democratic record also warm or even thrill to Guanzon’s antics, even though some of them are anti-democratic at heart. This shows, first, that political infighting can be greatly entertaining, especially when there is a charismatic figure in the center of it. And second, that the lure of partisanship, of cheering for a side, is hard to resist. Our democratic project has a long way to go. –Rappler.com