Facebook Twitter Copy URL
Copied
'[I]t would certainly be naive and foolhardy for candidates to dismiss the idea of a campaign based on high-minded, policy-centric discussion and clarification'

FIRST: The questions asked were substantive, ranging from governance and statecraft, all the way to realpolitik. Leni’s answers, on the other hand, were equally substantive, directly responsive, and high-minded (the emcee did make it a point to disclose that the questions were not shared with her in advance). This level and quality of discourse has long been absent from the public sphere, especially in social media.

SECOND: Leni acknowledged the weakness of her survey numbers in the Class C and D1 brackets which have been identified to her as the Filipino middle class on social media, where the 5 and 1/2 years of propaganda against her has gained the most traction and done the most damage. She promised that her campaign would pay special attention to these segments.

Out of these two observations, one can imagine a similarly high-minded national conversation in the months before May 2022, on our country’s history, culture, politics, and economics, conducted in real time over social media, and with the full participation of the Filipino C and D1 middle-class. I imagine this conversation moving Filipinos to go out and vote, and to vote on the basis of ideas enriched by the clarificatory value of the preceding national conversation. 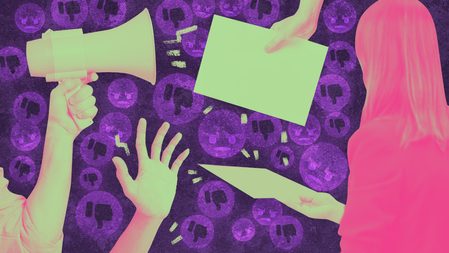 Many Filipinos, a good number of them friends and acquaintances, will agree with this imagined conversation, but will very quickly tell you that there will be time enough for this deepening, educative exercise, but only AFTER the elections are already won. For most of them, “winning the elections” would mean conducting social media marketing campaigns designed by marketing specialists to sell commodities and discredit competing products.

The marketing material churned out by these marketing-centric electoral campaigns are familiar: cute and clever memes and posters, witty plays on words and colors, images and symbols, all accessible, all shareable, most devoid of meaningful information, context, and nuance, and all created on the basis of a breathtakingly condescending premise – that this is all the ordinary Filipino voter on social media will appreciate and understand.

[OPINION] What ‘voter education’ misses about the problem of electoral politics 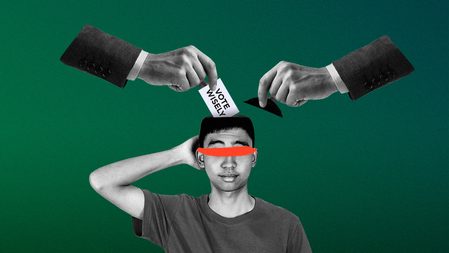 This premise must be interrogated. To begin with, one should wonder if it is not, itself, a justification for the dominant place occupied by marketing savants in campaign headquarters. This assumed “dumbness” of the Filipino voter easily lends itself to a reductionist view of netizens in social media simply as a mass of passive market units to be classified at will as market segments and niches, whose only role in politics is to be targeted and primed by online snake oil campaigners to act, jump, and vote, as told. It is a view hostile to the idea of the Filipino online community as composed of people who, despite their survey bracketing, are capable of independent and critical thinking, and autonomous and creative political action.

This totally gratuitous reduction of netizens into a passive and unthinking market also implies baseless judgment. No one should be too casual and cavalier in assuming that a people who has historically proven capable of voting into office such towering public intellectuals as CM Recto, Lorenzo Tañada, and Jose Diokno, has suddenly become incapable of higher thought and comprehension, no matter how materially impoverished many of them are. Also, it is this same snobbery that is anathema to the modern mantra of inclusivity, and which could circle back to imbue the campaigns of even the most deserving and qualified candidates with a boorish and arrogant superciliousness that is, at the same time, so deeply offensive to the electorate and so politically fatal.

It is perhaps naive and foolhardy to expect the overnight transformation of the election “air war” over social media into a debate among competing ideologies and platforms of government. But it would certainly be naive and foolhardy for candidates to dismiss the idea of a campaign based on high-minded, policy-centric discussion and clarification because of a myopic notion that this would not bring any hard, tactical advantages that are immediately useful in the electoral contest.

Even now, in quiet corners, small groups of thoughtful Filipinos are designing social media campaigns based on public policy-centric content generated by a continuously growing base of netizen-volunteers working in open and collaborative online spaces. This content, whether marshalled to promote a candidate or to critique another one, will nevertheless be informative, educative, enriching, and thus empowering. It is the power this corps of empowered volunteers would bring to their engagements with non-supporters whether online or in the real world that is the unique and valuable tactical advantage this volunteer-based approach would bring, even to the confrontation and neutralization of the mercenary troll armies that have always been deployed in social media.

The true value of this imagined campaign lies beyond elections, however. Should it be successful, we would have a template that may be used to usher in a new way of doing politics, of redefining social media from a polarizing tool for the exploitation by power elites of social fractures and divisions, into an instrument for human interaction and collaboration, that could harnesses popular power against elite, anti-democratic predations.

Raffy Aquino is a FLAG lawyer and partner at law office Santos, Parungao, Aquino, and Santos.