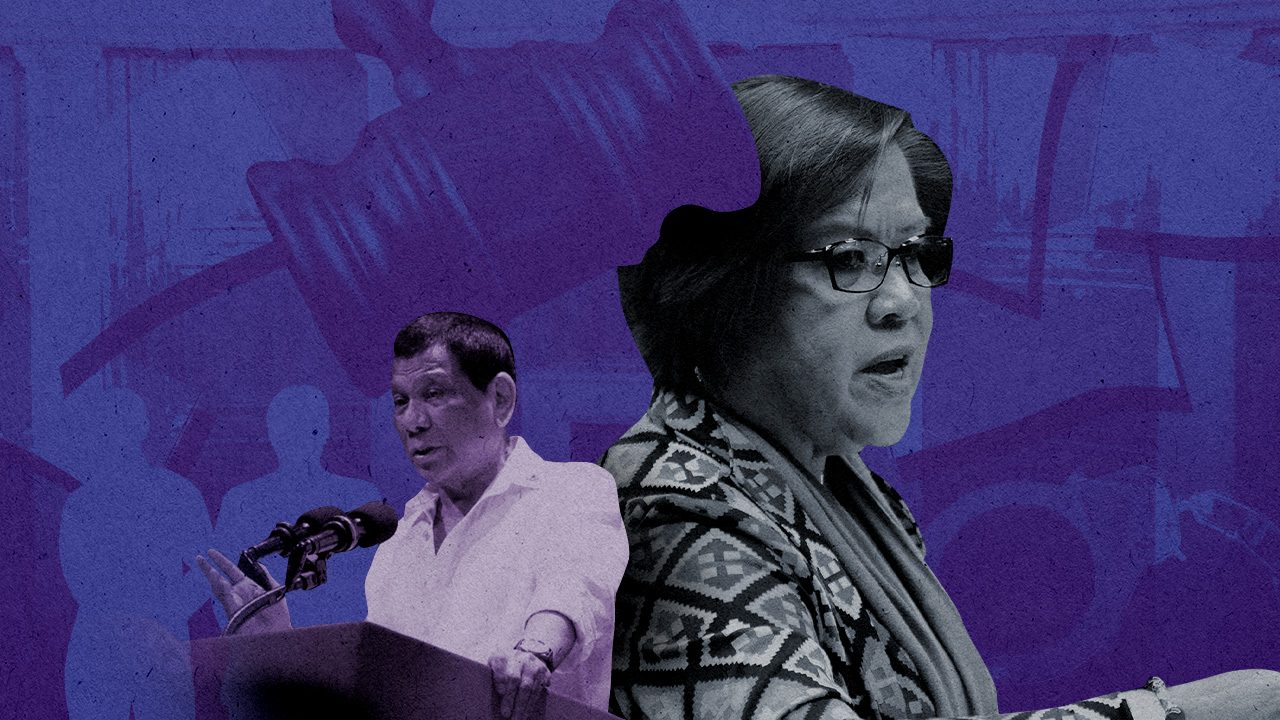 Facebook Twitter Copy URL
Copied
'[L]eft without a choice by legal process, de Lima has had to plead for the rights and freedoms stolen from her, only to end up watching her case dissected like a specimen, disconnected from life — a life in unjust incarceration for 4 years to the week now'

Don’t you sometimes get the feeling that justice is stripped of its sense of humanity, that legal issues are disconnected from life and dissected in our courts like lab specimens?

That seems the precise fate that has befallen two current cases. One involves a law that, being too general and abstract, lays itself open to abuse, and the other has to do with a gross overvaluation of non-concrete evidence against the accused. But either is enough to put to shame our claim to a nation of laws.

The sense of violation came to me in the first case as I listened in on some of the exchange between a Supreme Court justice and a lawyer representing one of the 37 petitioners against the anti-terrorism law. I did not actually seek an opportunity to eavesdrop; it came as I waited my turn as a discussant in an online forum on the issue — in the gap, parts of the exchange came streaming in through my audio device.

What particularly stirred me up was that part dominated by one of the justices — dominated in the literal sense and in bullying fashion, as if the justice were so insecurely conscious she just had to remind everyone at every turn that this was her moment and that it was she in charge. She repeatedly cut the petitioners’ lawyer short, saying at one point that she had already gotten her answer “in [his] first sentence” and no longer needed to listen to the rest of what he had to say, which makes one wonder if she had not been looking for an affirmation of a pre-formulated answer.

Which reminds me of an experience I had years ago: A lawyer inserted herself in a discussion in which I was questioning a Court of First Instance decision to stop a scheduled premiere of a cinematic biography of Imelda Marcos. Making the point that, being no lawyer, I did not belong in her exalted league, the lawyer, obviously a Marcos partisan, said “a number of schools of thought apply” in the case, not only “prior restraint” — that’s lawyer lingo for stopping something even before it could be said or shown.

All I could say was that in my admittedly thin, though useful, book the only applicable school of thought was the Freedom of Expression School of Thought. Before she could launch herself into a didactic monologue, I was gone — a choice our poor lawyer arguing before the Supreme Court unfortunately did not have.

Anyway, unable to define the very crime it punishes, the anti-terror law fails the first test for anything, not least for any law, and that is the test of good sense — of common sense foremost. For that one defect alone — never mind certain current realities that should inform any discussion of the issue, in particular the militarization of the bureaucracy and rebel-tagging — the law should not have been passed by Congress. And since that happened anyway, and against all good sense, the Supreme Court, while deciding the issue of constitutionality, should have stopped the law from being implemented and altogether junked it upon coming to the foregone commonsensical conclusion that the law was unconstitutional, indeed not sensible at all.

The other case is not so much about the absence of humanity in the dispensation of justice as about outright injustice. It raises a question not of law but of the rule of law, which puts the authority of law over that of men. And there lies precisely the legalized anomaly that has allowed the implausibly accused Sen. Leila de Lima to languish in jail, yet allowed the impenitent convict Imelda Marcos, the surviving half of the plundering conjugal dictatorship that ruled the nation from 1972 to 1986, to roam free.

Doubtless, the law applied in de Lima’s case exists and is, presumably on its face, sensible: conspiracy to traffic in drugs. But, there being no drugs, nor any proceeds from its trafficking, nor any other physical evidence, what is there to support the allegation of trafficking, let alone of conspiracy? Just about all that has been offered in evidence are stories told by life-term convicts herded by the state, the very power at whose mercy they exist.

In fact, such absence of even a shadow of proof only serves to reinforce the suspicion that the case is a concoction, and one motivated by vengeance. As chairperson of the Commission on Human Rights, De Lima had been onto Rodrigo Duterte for murder-squad executions in Davao City during his mayoralty. Later as a senator, and this time up against a President Duterte, she still did not let up on him, unintimidated in the slightest by his repeated open threats to get back at her. Meanwhile, left without a choice by legal process, de Lima has had to plead for the rights and freedoms stolen from her, only to end up watching her case dissected like a specimen, disconnected from life — a life in unjust incarceration for 4 years to the week now. – Rappler.com