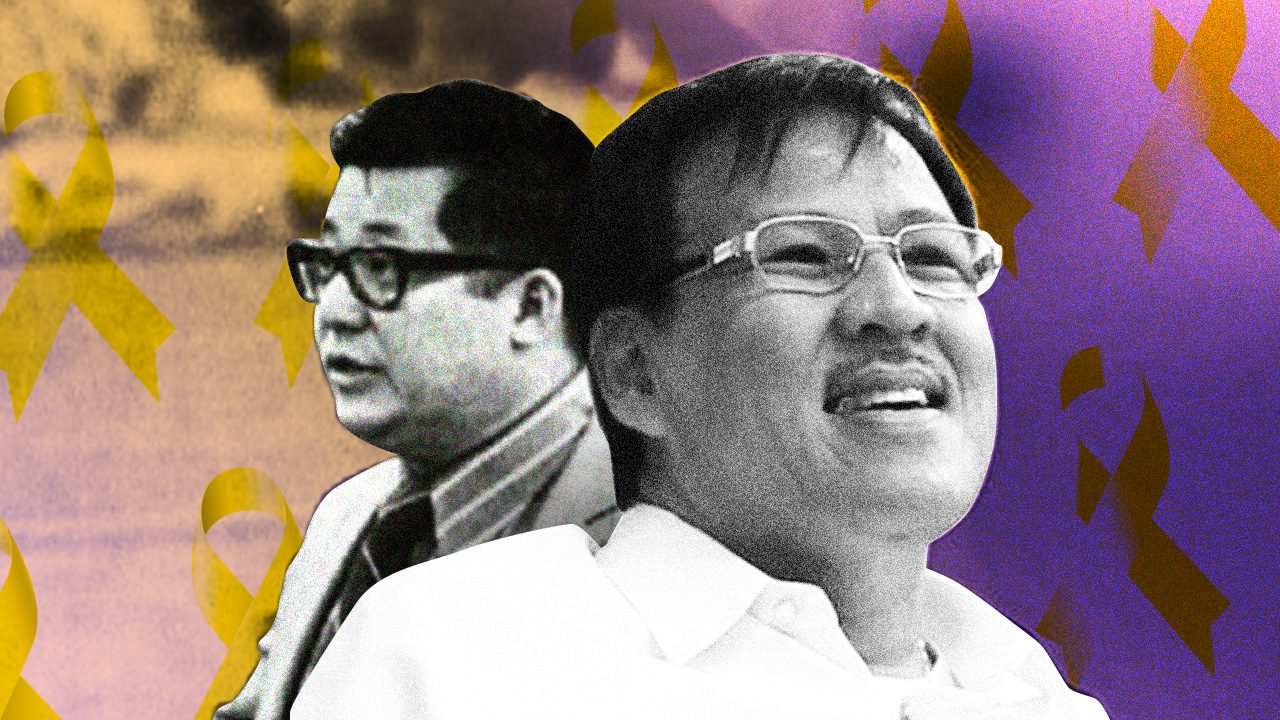 In a span of one week, we commemorate two Filipino leaders who served the country in their own right – one a beloved and revered mayor turned Cabinet secretary, one a young achiever turned critic of a dictator. This week, we remember Jesse Robredo who passed on August 18, 2012, and Ninoy Aquino who passed on August 21, 1983. Their deaths and what happens after sometimes feel eerily similar; both caused by riding a plane, both leaving a widow behind, both widows being forced by political turmoil to run against a Marcos. But these men are not completely the same as is the case for all people, they were just both good leaders who were unapologetic for their service.

Jesse Robredo died in a plane crash due to pilot error and safety lapses, as authorities said. And recently, because of his wife running for president, his name has been floating around the public space again, thrown around either to tamper or lift up. But clearly, he was more than just Leni Robredo’s late husband. He was a public servant before his wife came to the spotlight. He served as Naga’s mayor for 19 years – Naga which became a city people visited in search of an effective good governance model. When he was a mayor, he was known as a man of the people as he encouraged citizens to engage in the city government’s decision-making processes. He was also strict with accountability, not just as a mayor but also as the DILG secretary. As DILG secretary, he advocated the full disclosure policy and rewarded LGUs who had good governance with the Seal of Good Housekeeping.

When people remember Jesse Robredo, he remains admired and loved because he genuinely served his constituents. He made sure that what he did as a government official was for the betterment of the residents of Naga. Everyone continues to mourn the loss of a bright, honest leader but in the comforting words of Leni herself: “He lived a full life. He fulfilled all his dreams.”

Meanwhile, most Filipinos see Ninoy Aquino the same way. Everyone knows him, whether admiringly or repulsively, as the man who went from being a young achiever and mayor to one of Ferdinand Marcos Sr.s’ toughest critics. If Jesse Robredo was known for being quiet, hardworking, and hands-on, Ninoy Aquino was known for being vocal, honest, and brave. And because of this, 39 years ago, three years before Filipinos finally toppled the dictatorship, Ninoy was assassinated in broad daylight on the tarmac of the then-Manila International Airport.

When the news broke out, everyone was shocked. Yet in a video clip taken by Sandra Burton during his supposed homecoming trip to the Philippines, he said, “You have to be very ready with your hand camera […] I might not be able to talk to you after this.” He was prepared for his killing and everyone knew it could happen, but nobody was fully convinced that it would.

Ninoy Aquino was a senator when Marcos Sr. was president. But then Martial Law was declared, Congress was dissolved, and he became one of the first to be arrested. From 1972 to 1980, he spent his time in solitary confinement and prison. During this time, he was also charged with murder, illegal possession of firearms, and subversion, then “found guilty.” He was sentenced to death by firing squad in 1977. Yet they did not proceed. In 1980, after a heart attack in prison, he was allowed to go to America to get treatment. He stayed there until his supposed homecoming trip.

Like Jesse, many grieved the death of Ninoy whom they saw as a brave and intelligent leader. More than a million people marched during his funeral. Many proclaimed him a hero – a martyr even. But despite the shock and mourning, Ninoy’s death appeared precedented. Before he left America for the Philippines, many of those close to him opposed his decision to return, knowing that he would be endangered. To this, Ninoy said, “I’d rather die a meaningful death than lead a meaningless life.” And truthfully, on a faithful August noon in 1983, their fear was realized. It appears that his death sentence in 1977 was never canceled, only postponed.

However, 39 years have passed yet the truth behind the assassination remains shrouded. While during Cory Aquino’s time, the Agrava board concluded that his killing was conspired by the military, the question of why the military would do this remained unanswered. Or is this even a question after all? Letty Jimenez-Magsanoc puts it well: “Perhaps there is no need to investigate and discuss the obvious. […] And it is best that the motive is left unsaid and consigned to the judgment of history.”

Unfortunately, she was not only correct about Ninoy. Ninoy Aquino became history himself. His case continues to happen to this day. He condemned the militarization of the government and slammed Marcos Sr.’s overspending on infrastructure, especially the San Juanico bridge and the CCP, amidst growing poverty. While he was not the lone critic or opposition, he became a symbol of everyone who was. Sadly, not just in life, but in death.

Many activists and people from the masses who fought against the violence, injustice, and oppression of the Marcos regime also ended up being imprisoned, tortured, forcefully disappeared, and murdered. Those who survived continue to stand by this truth and their beliefs, but they also continue to suffer the scars that the dictatorship gave them. This tactic would continue after the end of the dictatorship. Critics, the opposition, people who stand up for the truth, would continue to be arrested, tortured, forcefully disappeared, and murdered.

This shows how violent the state is towards those who want genuine change for the betterment of the country. This shows that fascism and impunity continue to exist. And amidst this turmoil, the current president continues to deny the atrocities of his father. Amidst all of this, they attempt to distort history, truth, and memory.

Ninoy and Jesse challenge us

Admittedly, it is quite sad to remember the deaths of two good leaders in the same week, so frustrating even to recall how sudden their deaths were. We think, sayang. And it is. But we must also not forget that, as mentioned, they lived full lives. Both served well, were fearless, and were one with the people. They led meaningful lives and died meaningful deaths.

And so, while we may feel dejected as we look back on this, it is important to bear in mind that the deaths of good leaders, not just Ninoy and Jesse, but also those who fought against Martial Law and those who came after, will never be meaningless. They will continue to be commemorated and celebrated by those they have stood with. Good leaders will always be loved and remembered; they will always inspire others to follow in their footsteps. They only grow in number. – Rappler.com

Bernardine de Belen recently graduated from the Ateneo de Manila University with a Creative Writing degree. She has just joined Manila Observatory as a research assistant.