[OPINION] A scandalous end to a scandal-filled year 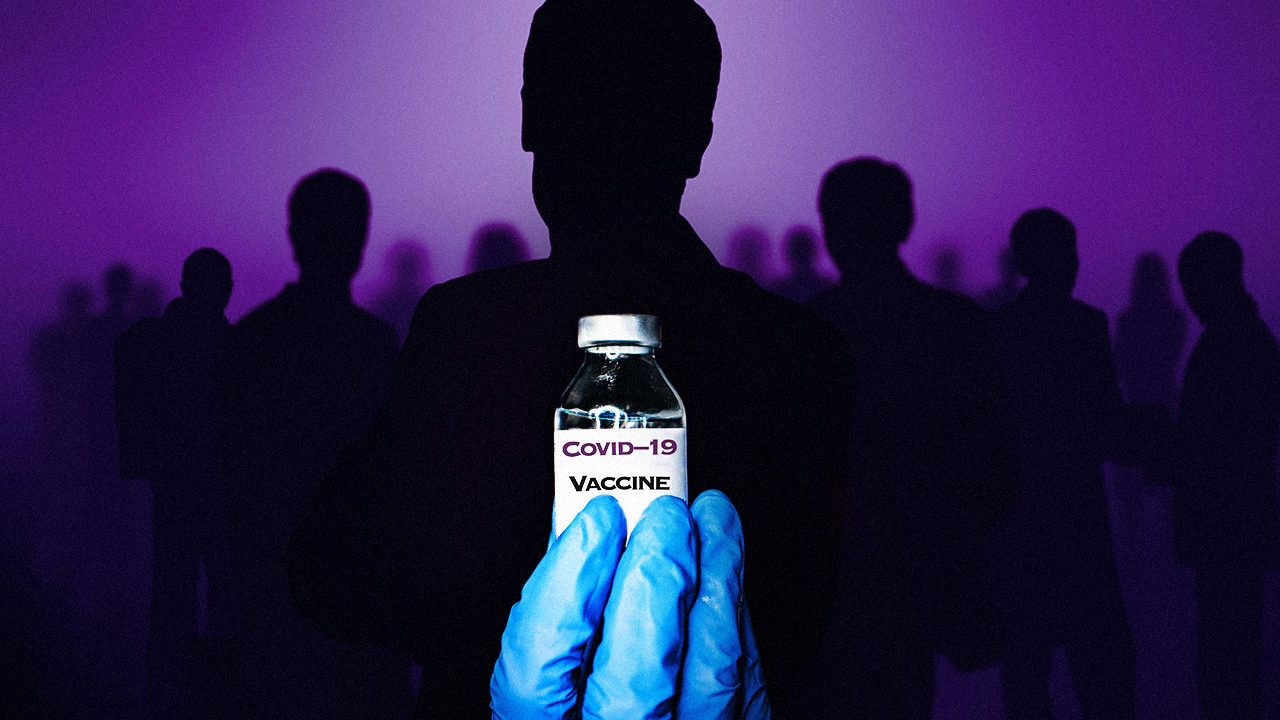 Facebook Twitter Copy URL
Copied
'The only silver lining to this scandal is that the vaccine the VIPs received is apparently one made by a state-owned Chinese pharmaceutical company, Sinopharm, with a terrible safety record'

The VIP vaccine scandal has shocked the public into learning that the operative policy of the Duterte gang when it comes to COVID-19 vaccination is: it’s every man for himself.

Screw the absence of FDA authorization of a vaccine before it can be used in the country. Screw the prioritization by the Inter-Agency Task Force (IATF) of frontline health workers, seniors, and the poor.

Despite faint denials, it’s likely the president has also had himself vaccinated.

Scrambling to justify the administering of the vaccine to soldiers and other administration VIPs, Presidential spokesperson Harry Roque asserted that the public should not begrudge the unauthorized act since the people vaccinated were tasked with protecting the president.

There are, however, two big holes in his argument. First, administering a vaccine not authorized by the Food and Drug Administration (FDA) is a violation of the law. Second, it was the IATF, of which Roque is a member, that explicitly prioritized giving the vaccine to frontline health workers, senior citizens, and the poorest of the poor, ahead of soldiers and VIP’s like himself and other cabinet members. Duterte himself exposed his administration’s mischief at a televised cabinet meeting, an indication of how confident he was that he could tell people he had conned them and gotten away with it. When the scandal snowballed, he tried to divert the public’s attention from himself and his buddies by revealing the names of some members of the House of Representatives who allegedly received kickbacks from the Department of Public Works and Highways – though he himself said there was no firm evidence implicating those named and despite having said earlier that naming them would violate the separation of powers.

2020 is the year that the administration’s incompetence, rank hypocrisy, and corruption rose to the surface in all its stinking glory.

In March, the administration adopted an anti-COVID-19 policy that relied on coercing citizens instead of seeking their cooperation. This reliance on the threat of the use of force was captured in dramatic TV footage that showed Duterte bellowing his order to policemen to “shoot them dead” if people violated lockdown rules.

Not surprisingly, relying mainly on guns to stop the virus did not work.  Even as neighboring countries brought COVID-19 under control with citizen cooperation, the Philippines rose to 21st in the world in terms of COVID-19 infections by mid-year.

Corruption never rests, not even during COVID-19, so it was no surprise when the PhilHealth scandal broke out, showing how the agency, headed by a retired general, had lavished COVID-19 funds on well-connected private hospitals. The general and his top aides were fired, but the man who knew what was going on, was vested with command responsibility, and was probably in on the game – Secretary of Health Francisco Duque – was personally kept in place by Duterte. In the meantime, when it came to pursuing its priorities, the administration exhibited marvelous efficiency. It brutally stripped ABS-CBN of its franchise. It had its minions in Congress pass the Anti-Terrorism Law in record time. It launched a red-tagging campaign that was ostensibly aimed at destroying the Communist Party of the Philippines and the New People’s Army but whose main intent was to silence the broad opposition.

AWOL during the typhoons

Nature, however, intervened in the form of 3 devastating typhoons in October and early November that exposed once again the utter inability of the administration to deal with disasters. The absence of coordination among agencies led to water releases from dams that contributed to massive flooding, especially in the Cagayan Valley. The shutting down of ABS-CBN provincial affiliates eliminated a valuable source of early warning and rescue and relief operations. In the weeks after the typhoons, the national government was AWOL, leaving it to resource-poor LGU’s to deal with the after-effects of the calamities.

It is fitting that this year ends with yet another scandal, one which shows the utter cynicism of a government that does not hesitate to violate the rules set up by its own Inter-Agency Task Force on COVID-19.

The only silver lining to this scandal is that the vaccine the VIPs received is apparently one made by a state-owned Chinese pharmaceutical company, Sinopharm, with a terrible safety record. In their rush to board the train to salvation, the Duterte gang may have outsmarted themselves and instead brought themselves closer to eternity.

The vaccine has received experimental trials in Peru but the government there recently suspended tests due to a “serious adverse event.”  Sinopharm’s vaccine arm, the aptly named Wuhan Institute, was involved in a 2018 scandal in which defective vaccines for diphtheria, tetanus, whooping cough, and other conditions were administered to hundreds of thousands of babies. According to court filings obtained by the New York Times, the Wuhan Institute has been sued at least twice in China by plaintiffs who have alleged that the institute’s vaccines have caused “abnormal reactions,” resulting in rulings ordering the drug maker to compensate the victims a total of roughly $71,500.

The Filipino people, however, cannot wait for the possibly lethal side effects of the Chinese vaccine to take hold. They should unite and tell this incompetent, hypocritical, cynical, and murderous administration to do the one thing that the country really needs, and that is for its officials to go, resign, disappear. – Rappler.com

Rappler commentator Walden Bello is a former member of the House of Representatives, whose resignation in 2015 is the only recorded resignation on a matter of principle in the annals of the Congress of the Philippines.