[The Slingshot] The son sinned as the father 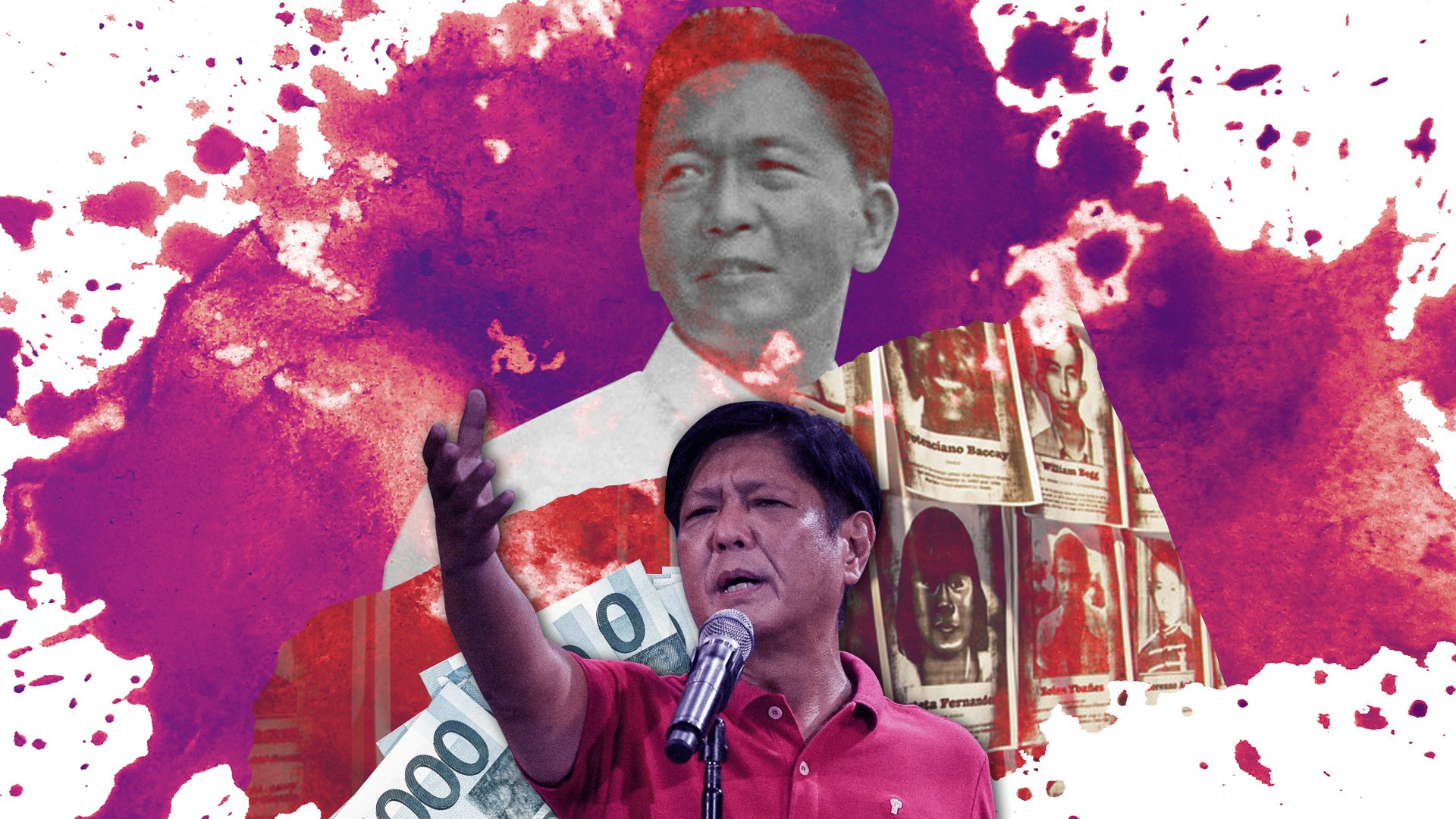 Facebook Twitter Copy URL
Copied
'Court transcripts do not lie. They were taken under oath. The Marcos plunder was a family symbiosis.'

There are 24 verses in the Bible with reference on the “sin of the father, sin of the son” interface. When Ferdinand Marcos Jr.’s apologists say the sins of Ferdinand Marcos Sr. do not apply to Jr., they are correct. But they are also crafty, for they are totally wrong in that the line was twisted to produce a convenient counter-argument to present the son as innocent of the father’s crime.

The most comprehensive explanation of that line is found in Ezekiel 18. The Marcos apologists took verse 20 of that chapter completely out of context: ”The son shall not suffer the iniquity of the father, nor the father suffer for the iniquity of the son.” This line was cherry-picked, then magnified by troll battalions myriad times. It was deliberately misappropriated.

Ezekiel 18 is to be read in its 32-line entirety to understand its full context. The Lord was asked: “The fathers have eaten sour grapes, and the children’s teeth are set on edge?” To which the Lord answered: “As I live, says the Lord GOD, this proverb shall no more be used by you in Israel.”

But by going over some if its central quotes, the Lord set conditions for what he had premised. The lines for those conditions are actually downright outspoken, and here is where we see the cunning of the Marcos apologists, for in fact it hits them right in the gut. “As for his father, because he practiced extortion, robbed his brother, and did what is not good among his people, behold, he shall die for his iniquity. Yet you say, ‘Why should not the son suffer for the iniquity of the father?’ When the son has done what is lawful and right, and has been careful to observe all my statutes, he shall surely live.”

There is the condition.

What iniquities are those? “But if this man begets a son who sees all the sins which his father has done, and fears, and does not do likewise…does not wrong any one, exacts no pledge, commits no robbery, but gives his bread to the hungry and covers the naked with a garment…”

That big “if” does not apply to Marcos Jr. When the Marcoses fled Malacañang, they left behind several incriminating papers that were kept in a file cabinet. Those were the documents that later figured in the government’s defense in the numerous ill-gotten wealth cases filed against the dictator family.

In fact, documented court transcripts exist. We need not go far and scour many of the instances when the son admitted and upheld the stealing and plunder of the father.

Q: It appears that you are one of the Co-Special Administrators designated by the Court in that Special Proceeding (on the Estate). Have you submitted an inventory of the assets of your late father?

Marcos Jr.: Yes, I am acting as Co-Executor, together with my mother.

Q: Did you submit an inventory of the assets of your late father to the Court in that Estate proceeding?

Marcos Jr.: Yes. I believe there are two lists of assets that have been submitted – one by my mother, and subsequently, one by myself.

Q: Do you have a copy of that list of assets that you submitted to the Court?

Q: Attached to this Motion is a Supplementary Inventory of the Assets of Ferdinand E. Marcos – Ownership and Interests in the following companies: Allied Banking Corporation, Asia Brewery Inc., Dominion Realty and Construction Corporation, Foremost Farms Inc., Fortune Tobacco Corporation, Grandspan Development Corporation, Himmel Industries Inc., Shareholdings Inc., Supreme Holdings Inc. Do you confirm that these companies are part of the Estate of your late father?

Marcos Jr.: Yes, I do confirm that that is part of the Estate. In 2007, Marcos Jr. claimed that his family owns 60% of Tan’s fortune. He knew about the Marcos ill-gotten wealth.

Marcos Jr.: I remember that at one point, I was summoned by my late father to his office. And he was there with Mr. Lucio Tan in the discussion. And he told me that he would like me to familiarize myself with the operations of some of the enterprises that we have interests in and that Mr. Lucio Tan was going to help me to be more familiar with the said operations.

Q: Why did your father summon you to this office to familiarize yourself with the business interests of the Marcoses?

Marcos Jr.: It was part of a larger effort on the part of the family to really clarify and to conduct an inventory and legal audit of all those business interests that we have. My sister, Imee, who has the legal training, was given the job of conducting the legal audit, and I was given the job to go to as many of these enterprises as I could and as I said, learn the operations and meet the people who were running them so that when the time comes that we would take over, we would know how to manage these different interests.

Q: Was there any occasion for your father to show proof of the family’s interests in Lucio Tan?

Marcos Jr.: We have copies of some of them. But the originals were no longer with us. They are with the US magistrates of Customs because these are the documents that we brought to Hawaii and were taken by the Americans.

Court transcripts do not lie. They were taken under oath. The Marcos plunder was a family symbiosis. The son sinned as the father did. – Rappler.com