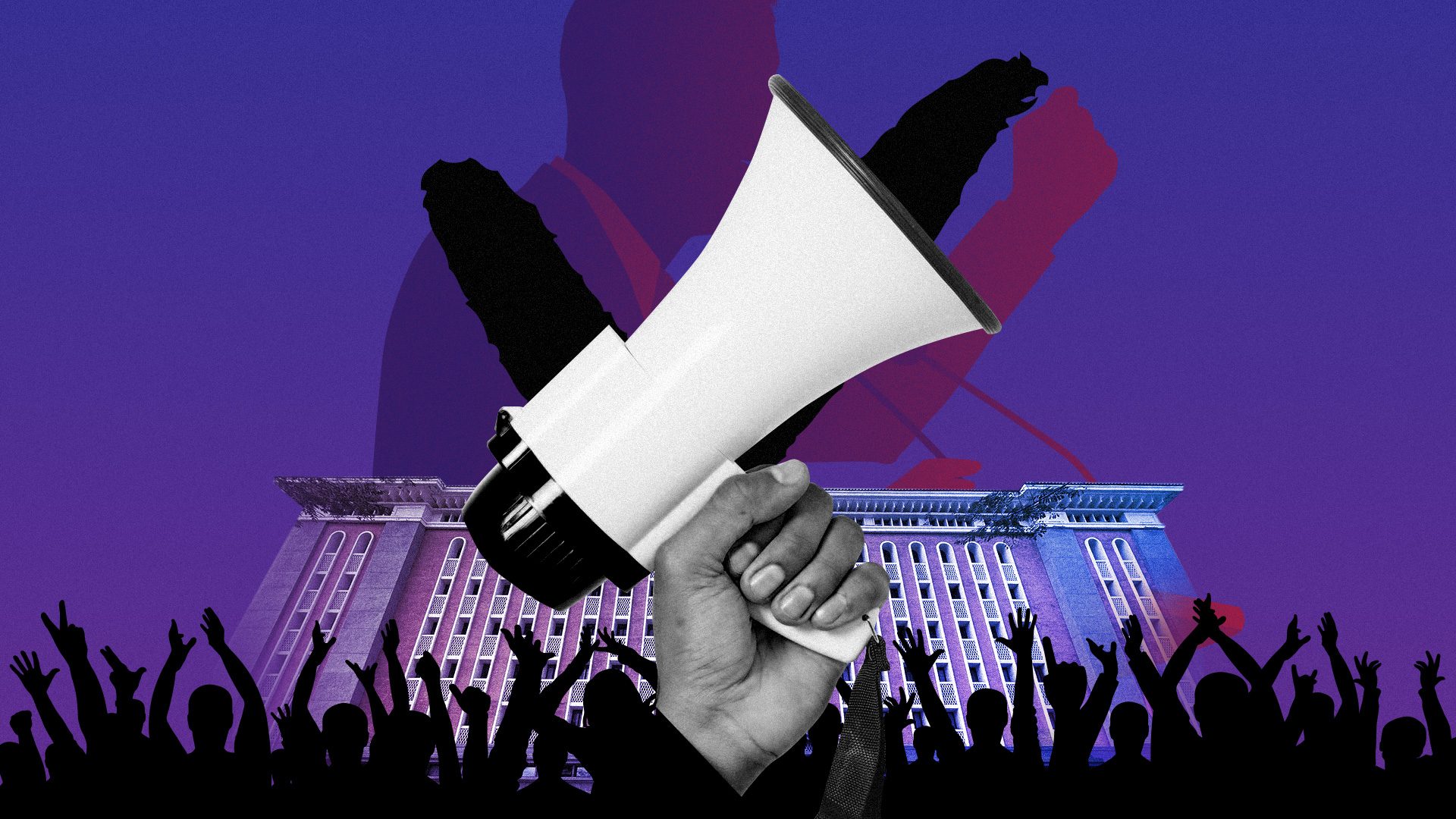 Elections are perhaps the most formal right and the process by which citizens of a country participate in governance. Each citizen, regardless of wealth or power, is accorded one vote; notionally, each vote symbolizes that power to choose who should govern the country. To be able to meaningfully exercise and assert that power to choose, however, each citizen must have access to the proper information about the relevant issues and the contending arguments in support of a particular position. How else can citizens meaningfully discern, deliberate, participate in governance, and choose their leaders, in the absence of facts that have relevance insofar as their political decisions are concerned?

For most of modern history, citizens relied on news media, otherwise known as democracy’s fourth estate, as the source of facts, which then informed their right to express their opinions, choose their leaders, and hold them to account. News media too created a sense of balance in society by dispersing political powers in the public sphere through transparency. This notwithstanding, news media in its unwitting quest for ratings, lamentably, became the gatekeepers of public discourses; palatable news occupied the front and center of narratives, and even fashioned representations of everyday reality, while the insipid ones never even made it to the periodical’s back pages.

Social media, however, sought to democratize the fourth estate’s gatekeeping authority by empowering ordinary people to disseminate information to an audience with access to the same platform. Alongside this development was the assurance that more information necessarily led to more informed public discourses, and reasoned debates in the “marketplace of ideas.”

Lamentably, the promise proved to be a farce. Rather than enriching public discourse, the political climate has become more polarized and the populace less open to any political deliberation. By monopolizing content and restricting cross-ideological exposure to other ideas, disinformation created echo chambers for self-reinforcing stimuli. This undercuts the marketplace of ideas that underlies all democracies inasmuch as every point of departure for any reasoned discourse, which are objective facts, have been insidiously set aside; a rational discourse which serves as the fabric of democracies, have been replaced by slander of the vilest form. In conjunction with this radical transformation was the emergence of a new form of censorship — a swarm of trolls who annihilate opposing views under the pretext of free speech. We now live in a world in which manipulation is the norm, where consensus is manufactured, reality perverted, histories altered, and even the most ludicrous piece of information, with a little pounding, can be forged into a fact. Lying on such a methodically grand scale obscures the points from which society takes its bearings, and ultimately results in the destabilization of democracies.

The primary architects of disinformation, as numerous studies have found, are advertising and public relations practitioners who recognized powerful tech platforms as the perfect apparatuses to manipulate mindsets. They mobilized click armies of trolls and bots, and took advantage of social media platforms’ supposedly unbiased esoteric algorithms, to insidiously worm propaganda into feeds, simulate engagement, monopolize content, amplify narratives, and manufacture consensus. Accustomed to an industry that prioritizes a client’s needs, these spin doctors translated their superlative business competencies into the digital political realm, and justified their conduct under the rubric of a professional discourse – trabaho lang! – unmindful of the consequences it may have to broader society. They perceived themselves purely as industry players, devoid of political color, and motivated only by commercial interests. Of course, it helped too that Facebook consistently hid behind its apolitical algorithms, and the need to protect freedom of speech, to sanitize its profit-seeking behavior. 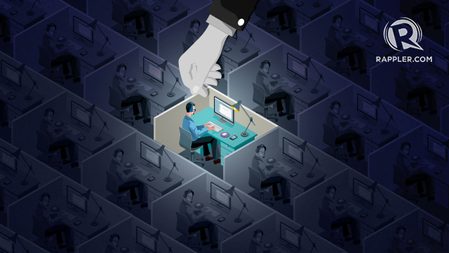 When the political sphere is reduced to purely commercial dealings, the evils that this optic generates — such as the undermining of democratic spaces — are swept to the periphery. Recent historical developments, however, necessitate the inescapable recognition and acceptance of duties to a broader society than merely one’s clients or brands.

Currently, there are no adequate mechanisms for addressing this kind of behavior. Arguably, codes on professional standards do exist but they remain vague insofar as the specific issue of disinformation is concerned, apart from placing the position of a client as a priority. As a result, social and political issues continue to be ignored, and the pernicious effects on democracy, freedom of speech, and political life become unenforceable if they are even mentioned at all. Of course, one can report fictitious troll accounts but it would take several days to even take them down. By then, disinformation has shaped mindsets by the sharing and amplification of false inflammatory content. Even then, these conjurers of reality could easily create other accounts and marshal their trolls to spread bizarre alternate histories with impunity.

In a world where connections, expressions, information are constantly recast, fermented, and consumed, in the digital realm, social media has become the focal frontier where national discourses, and narratives, are defined, defiled, and controlled. If we even hope to resurrect our fractured democracy and reclaim the space that serves as the springboard for reasoned debates, we must begin to recognize that between the obligations to society and political clients, the balance should tip in favor of the broader public interest. This changing of attitudes may begin with a code of conduct for social media platforms, advertising, and public relations practitioners that specifically addresses disinformation and the blind business-as-usual privileging of client interest. Indeed, international bodies have consistently made use of codes of conduct to modify behavior, promote integrity, and curb political corruption. Although a code of conduct may take the form of a “soft law,” it has been proven effective in shaping attitudes and guiding the behavior of individuals.

Questions can be raised about how exactly a code of conduct can be effective given that its enforcement lacks teeth as compared to regulations. It can be argued that the capacity of a code of conduct to effect change lies in how it is a norm-building document that can create a culture of transparency and accountability. A code of conduct is not a solution on its own and needs to be done in conjunction with other initiatives like pushing for more effective legislation and regulations. Furthermore, its effects won’t be instantaneous since its effectiveness depends on how it is consistently followed and manifested by those who are subject to a code.

Nonetheless, the best time to start initiatives that build norms of transparency and accountability is always now. Social media platforms, public relations, and advertising practitioners must make this paradigm shift because at stake is nothing less than the future of this nation. During the Multi-stakeholder Discussion on Online Media, Elections, and Democracy in April 2020, the proposal to enhance self-regulation protocols has been brought up by the different election stakeholders. In particular, the creation of a Voluntary Code of Conduct for the Practice of Political PR and Advertising was identified as a preliminary initiative to promote transparency and cooperation and to address the problematic aspects of online campaigning and election disinformation previously experienced in the 2016 and 2019 elections.

The Legal Network for Truthful Elections (LENTE) reached out to different PR and advertising associations to consult with them on the proposal of the different election stakeholders and how this initiative can be operationalized. During the consultations, the associations have conveyed their concerns, especially on the lack of straightforward definition of public relations in their own codes of conduct and their apprehension regarding the effectiveness of the code because it can be spoiled by the fact that it is not legally required to join the associations and the membership only suggests professionalism and credibility which is an effective pulling force for practitioners.

But with the collective goal and desire of encouraging more PR and advertising practitioners to sustain the values and standards of professional conduct and upholding a commitment to accountability in elections, the United Print Media Group, Inc. (UPMG, Inc.), Kapisanan ng mga Brodkaster ng Pilipinas (KBP), and Philippine Association of National Advertisers (PANA) have expressed their voice to support the creation of the “Code of Conduct or Professional Standards for the Practice of Political Public Relations and Advertising” in light of the upcoming 2022 national and local elections.

Notably, the collective recognition in their respective industry highlights the importance of upholding integrity, objectivity, truth, accuracy, fairness, and responsibility in the conduct of political public relations and advertising. 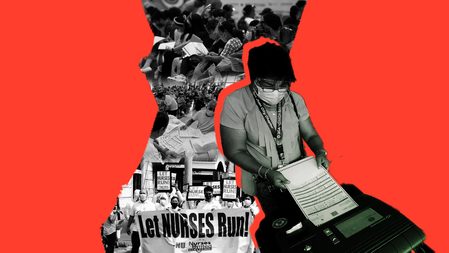 The instrument seeks to address those lacunae and establish norms in the practice, rooted in the principles of transparency, free flow of information, honesty, and accuracy. Apart from this, the foregoing instrument likewise establishes preliminary mechanisms of cooperation, to address disinformation.

Tackling disinformation is a challenging undertaking that requires a concerted effort from all stakeholders. More PR and advertising firms need to take a stand against disinformation, vow to uphold the standards of integrity, objectivity, truth, accuracy, and fairness in their conduct, and renounce practices that go directly against these standards. Efforts to engage PR and advertising firms in a discussion on their roles and responsibilities in ensuring the integrity of elections should also emanate from the Commission on Elections (Comelec).

The Comelec needs to take a proactive role in initiating a discussion among these firms, election watchdogs, and other concerned stakeholders on what more can be done to tackle disinformation. The recently drafted Code of Conduct or Professional Standards and the statements of support from several PR and advertising firms may be regarded as insufficient, especially when juxtaposed with the complex issue of disinformation. However, it is a step in the right direction. Small efforts like this need to be amplified and more need to be done. – Rappler.com

Ryan Jay Roset earned both his Bachelor’s degree in Management and Juris Doctor degree from the Ateneo de Manila University. He also recently took his Master of Laws in Birkbeck College, University of London as a Chevening Scholar.