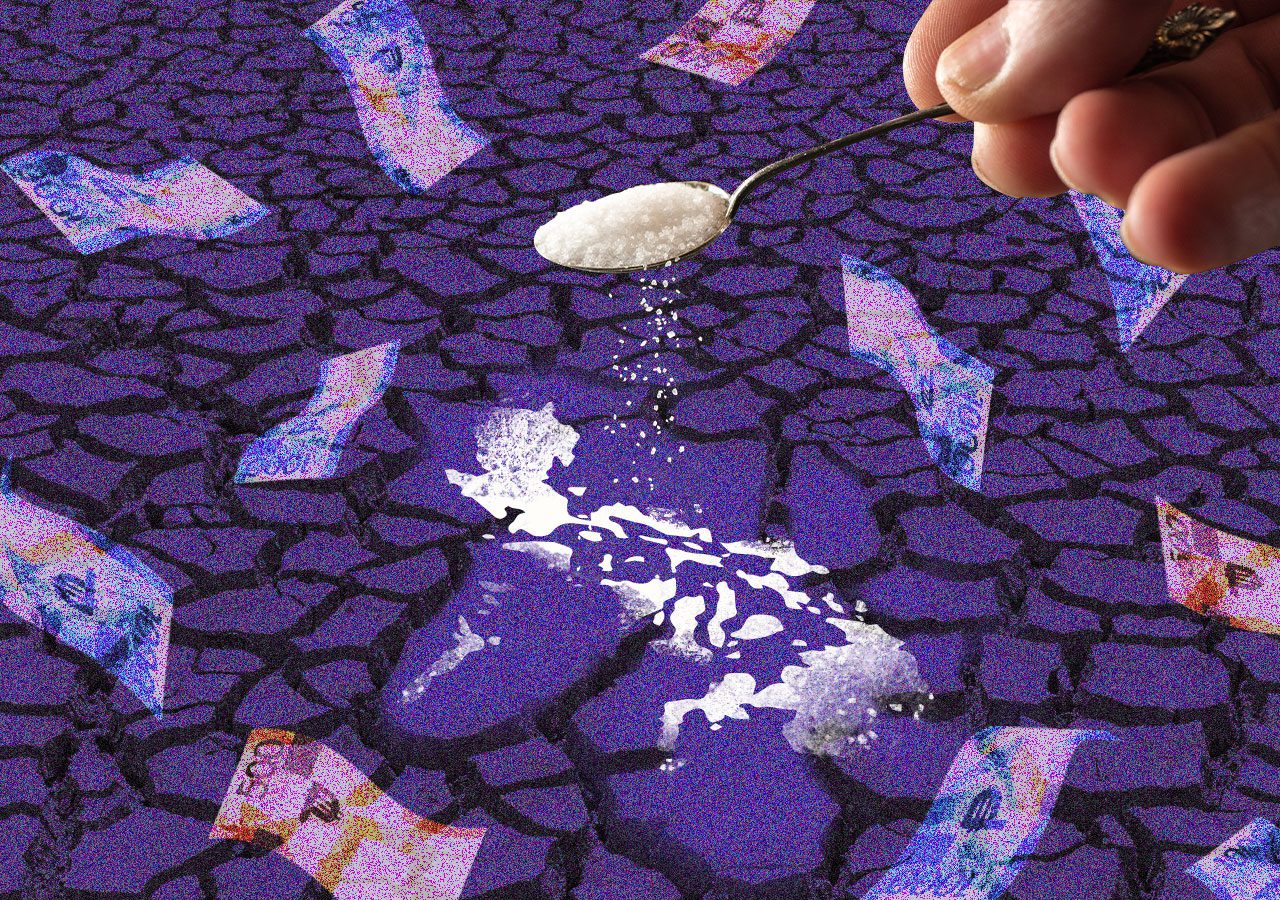 Facebook Twitter Copy URL
Copied
No administration has succeeded in cutting the umbilical cord that is feeding the sugar barons’ ostentatious lifestyle. Time for government to disengage itself from the industry and let market forces rule its fate?

The “unauthorized” order to import sugar has stirred up a hornet’s nest. It was deemed improper because President Ferdinand Marcos Jr. said he was not consulted and he promised that “heads will roll.”

As if on cue, Roland Beltran, an official of the Sugar Regulatory Commission (SRA), quit his post on August 14 as the millers’ representative in SRA “for health reasons.” His resignation was promptly accepted by Executive Secretary Vic Rodriguez but “without prejudice to any investigation that may be conducted in connection with the issuance of Sugar Order No. 4.” Beltran is one of the signatories to the “illegal” sugar importation order, which would have allowed the importation of 300,000 metric tons of sugar by the third quarter of this year. Other resignations in SRA followed suit and Congress called for  the whole “mess” to be investigated.

Other than Beltran allegedly sideswiping Marcos Jr. on the planned importation, the public was kept in the dark as to the reasons the aborted importation was deemed illegal. Press Secretary Trixie Cruz-Angeles only explained that her boss, who doubles as the country’s Agriculture Secretary, rejected the proposal because Sebastian had no authority to sign the order.

From my vantage point, it looks to me that the “Wharton-educated” Marcos Jr.’s knee-jerk reaction could have been a rookie misstep: unfamiliarity with the Philippine sugar inventory and the industry’s complexities. His action was eerily similar to his take on the country’s inflation rate, contradicting the numbers churned out by his economic advisers. In the end, he realized the need to import sugar. He announced that his government would import 150 metric tons, half of what Sebastian had proposed. This would be done by October, he said, when around 127 metric tons still stored in various sugar millers warehouses would have been consumed.

The government’s decision to import sugar highlights the urgency of stabilizing the market. There is obviously a local sugar shortage, gauging by the surging market prices. Refined sugar is hovering at P100+ per kilo, an increase of 50% from just a few weeks ago. World sugar prices are typically lower than the local retail prices. As of August 22, 9:09 PM, world sugar prices was at US$17.88 per pound, shedding US$0.2, down by 1.16% from the previous day (source: tradingeconomics.com)

More than going after hoarders (who the government blames for sugar shortage), I believe that this administration should be flexible in classifying its sugar allocation. As it is, under the quedan system, 4% of the country’s total sugar production is allocated for US quota (which is classified as class A), 76% for domestic sugar (class B), 10% for reserves (class C), and 10% for world market exports (class D).

If there is a shortage, does this mean we have used up our 10% reserve? Can we not reclassify the allocation for the United States quota and for world market exports as class B which will divert all allocation to the domestic market? In a 2007 study for the World Bank penned by respected agricultural experts Cristina David, Ponciano Intal, and Arsenio Balisacan, sugar is the most highly supported product in the country. Tariff rates for sugar have been favorably above 50%, even if they are rated below for imports from the Association of Southeast Asian Nations.

While it is true that protected high domestic price of sugar has helped support the sugar industry, local production has not been productive; nor has it become more competitive over time. It only increased the cost of sugar for consumers and food and beverage manufacturers, and emasculated the competitiveness of the latter.

But the key reason, I believe, is the intrusion of the government in the supply chain, better known as the quedan system, wherein the government intervenes in the market supply for sugar. When milling season starts in August of each year, the SRA allocates a certain portion of the produced sugar to different markets, including those for export to the US, for domestic consumption, for reserves, and for export to countries other than the US. This system was created in the 1930’s for the orderly distribution of the US allocation or quotas among different sugar producers, as many planters and millers then wanted to sell their produce in the lucrative American market, which typically paid more than local markets.

This system continues by virtue of an executive order in 1986 which created the SRA. By keeping the quedan and allowing exports to the US market, both local producers and consumers lose. Local producers receive lower prices for their product and domestic consumers pay higher because of the reduced supply of the commodity.

At the same time, the quedan system enables the government to justify setting limits on the volume of sugar being brought into the country. Classified under one of the markets under the system, sugar imported by traders must first have clearance from the SRA before the cargo is released by the Bureau of Customs. Many observers view the quedan as a so-called nontariff barrier, which constrains trade in the commodity, and is apparently not allowed under multilateral trade rules. While the government has from time to time been responsive to domestic prices by periodically adjusting the amount of allowable importations, the experience in previous years has been that the volume of sugar imports has not adequately corrected high prices of the commodity.

There is also this planter-miller sharing arrangement that is exclusive to the sugar industry (Republic Act No. 809). Under this arrangement planters collect 70% of the milled sugar, while the millers get only 30% as “service fee.”

To illustrate: let us say that a mill is contemplating a change in its production practice or an upgrade in its equipment to add 100 tons of sugar to its yield. Such an investment will equal the value of 40 tons of sugar. Since the mill share is only 30% under the sharing system, the miller will get only 30 out of the 100 additional tons which means the investment will net a negative 10 tons. This makes no economic sense and would eliminate all incentives to invest in milling practice improvements. Under the cane purchase system, however, the mill keeps all 100 tons of increased output and gains a net of 60 tons.

Strong lobby to keep the status quo is what is pulling down the industry. No administration has succeeded in cutting the umbilical cord that is feeding the sugar barons’ ostentatious lifestyle. Perhaps it is high time for the government to disengage itself from the industry and let market forces rule its fate. The abolition of the SRA is the first step in the right direction.

Over the years, fewer hectares are being planted to sugarcane by farmers who have been shifting to faster-growing and more profitable crops. Extreme weather conditions and high fertilizer prices are further reducing yield. With a worsening shortage and surging prices of the commodity, is it any wonder that sugar is becoming a bitter pill to swallow for Filipino producers and consumers alike? – Rappler.com