Facebook Twitter Copy URL
Copied
Other stories include the importance of Indonesia for the Trans-Pacific Partnership, Indonesia's defense of its haze-fighting efforts, and Malaysia's sanctions from FIFA

JAKARTA, Indonesia – From Indonesian forensic experts in Saudi Arabia to help identify the dead, to a new mammal discovered in Sulawesi, here are the top news stories to start your day.

US President Barack Obama scored a major policy victory with the deal agreed Sunday to establish the Trans-Pacific Partnership (TPP), billed as the first trade pact for the 21st century.

The agreement signs on countries representing 40% of the global economy, including the United States, Japan, Australia and Canada, to a broad set of rules to enhance free trade and investment, to govern digital trade and protect intellectual property. But to really prove its muscle, the TPP will have to draw in other major countries, both economic powers such as South Korea and large emerging markets like India and Indonesia. South Korea has already said it wants to join. Read more. 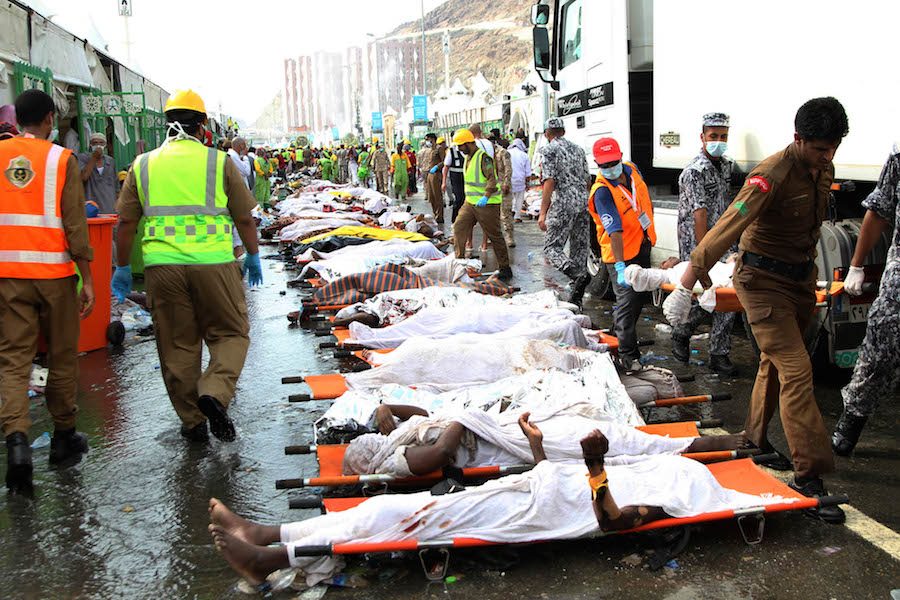 Indonesian forensic experts are in Saudi Arabia to help identify those still missing from the country which suffered one of the heaviest losses in last month’s hajj disaster, an official said Tuesday, October 6.

Arsyad Hidayat, the senior Indonesian official in Mecca, told AFP that 11 specialists had arrived 3 days ago from police headquarters in his country, the world’s largest Muslim-populated nation. “They have special capability in forensics,” including fingerprint data, he said, adding that Indonesia’s death toll has now risen to 103, with 25 still missing. Read more. Indonesia’s disaster chief Tuesday, October 6 rejected criticism his country was not doing enough to combat the haze crisis, saying every possible resource was being deployed to fight the forest fires blanketing Southeast Asia in smog.

Indonesia has come under growing pressure from its neighbors in recent weeks as thick smoke from fires on Sumatra and Kalimantan has sent pollution levels soaring in Malaysia and Singapore, where schools have been closed and major outdoor events canceled. Read more. Check out the newest mammal in town: a cute rat from Indonesia.

In a paper submitted by scientists from Indonesia, Australia and the United States to the Journal of Mammalogy, the scientists share their new discovery, a hog-nosed shrew rat they discovered from Indonesia’s Sulawesi Island. The “new genus and species of shrew rat” was found in the forests of Mount Dako, in the district of Tolitoli. Read more. Although the reasons for sanctions were different, world governing body FIFA on Monday announced a series of sanctions against the Football Association of Malaysia (FAM) – following Indonesia’s footsteps.

Malaysia was sanctioned as punishment for the crowd trouble that wrecked the World Cup qualifier against Saudia Arabia on September 8. The sanctions on Malaysia come about 5 months since FIFA suspended Indonesia, after the Jakarta government sought to oust the country’s football association. Read more. – Rappler.com