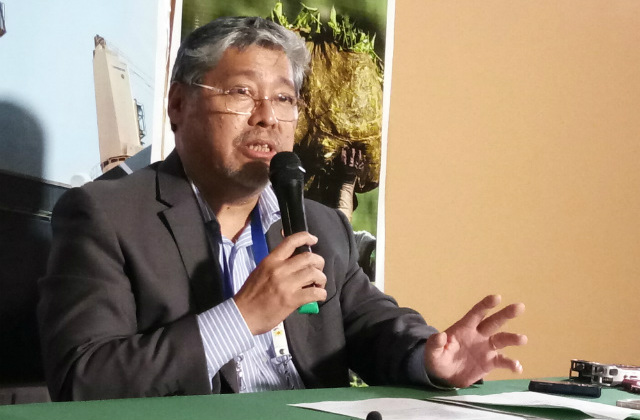 BORACAY, Philippines – The Association of Southeast Asian Nations (ASEAN) will likely tackle China’s “militarization” of the South China Sea when it negotiates a framework code of conduct (COC) in the disputed waters.

Referring to activities that escalate tension, Philippine Foreign Undersecretary Enrique Manalo said on Monday, February 20: “Those are issues which will probably be involved in any negotiation of the framework, and I’m quite sure that all those factors will be taken into account by all the countries concerned.”

Manalo was responding to a question on whether ASEAN officials have discussed, at least in the framework COC, China’s “militarization activities.”

Manalo explained that ASEAN officials “haven’t discussed yet the elements of a framework,” but many ideas about these elements have already surfaced.

He cited Article 5 of the Declaration on the Conduct of Parties in the South China Sea (DOC).

The DOC states that parties should “exercise self-restraint in the conduct of activities that would complicate or escalate disputes and affect peace and stability” in the disputed waters.

The DOC, however, is a non-binding document.

The COC is supposed to be a binding document to ensure peace and stability in the South China Sea, parts of which the Philippines claims as the West Philippine Sea.

Manalo said: “There is more determination now to proceed and try and finalize a code of conduct, perhaps through coming up with a framework as soon as possible and then proceeding to hopefully actual negotiations on a code of conduct. So work is expected to be even more intense this year.”

Philippine Department of Foreign Affairs spokesman Charles Jose said on Sunday, February 19, that ASEAN and China “are working very hard” to beat their self-imposed deadline for the framework COC.

ASEAN and China aim to finalize the framework COC by mid-2017.

Jose and Manalo spoke in Boracay ahead of the ASEAN Foreign Ministers’ Meeting here on Tuesday, February 21, as the Philippines chairs ASEAN this year.

In this meeting, ASEAN foreign ministers aim to discuss a host of regional issues, including the South China Sea dispute. – Rappler.com