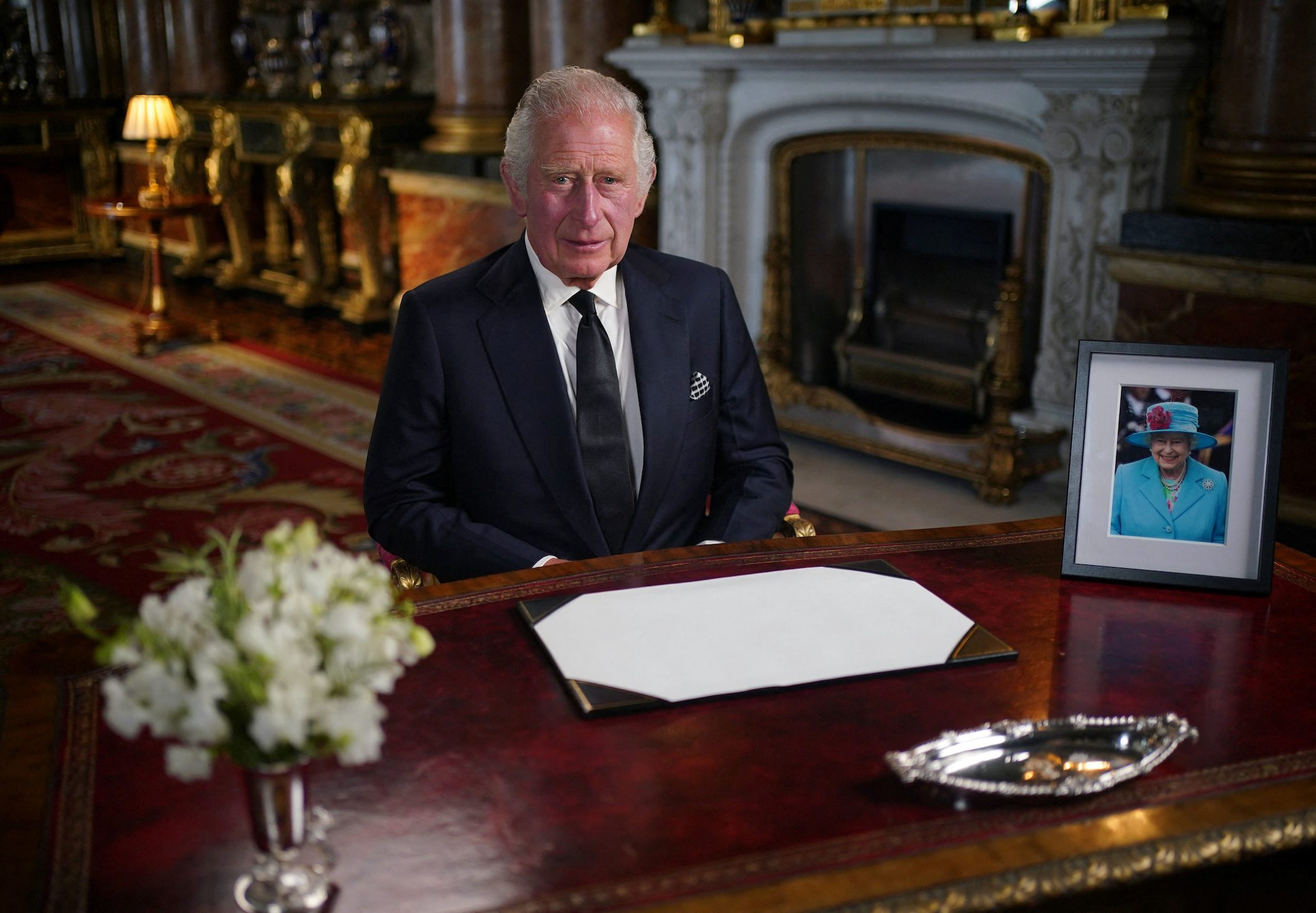 King Charles III delivers his address to the nation and the Commonwealth from Buckingham Palace, London, following the death of Queen Elizabeth II on Thursday. Picture date: Friday September 9, 2022.

Facebook Twitter Copy URL
Copied
'That promise of lifelong service I renew to you all today,' says the king in his first speech as sovereign

LONDON, United Kingdom – Britain’s King Charles pledged on Friday, September 9, to follow the example of his mother Queen Elizabeth in devoting himself to duty, during a solemn address to the nation in which he also spoke of his love for her and for his wife and children.

Charles became king on Thursday after Elizabeth died aged 96 at her Scottish residence, and on Friday he flew down from Scotland to London and delivered his first speech as sovereign.

“Queen Elizabeth was a life well lived; a promise with destiny kept and she is mourned most deeply in her passing,” the king said in the opening moments of his address.

“That promise of lifelong service I renew to you all today.” 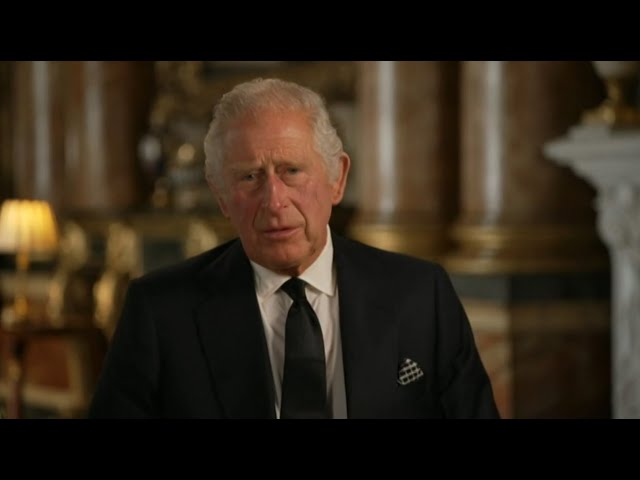 Charles called the late queen an inspiration and example to him, praising her profound personal commitment to serving the people of the United Kingdom and her other realms.

Charles also spoke of his profound sorrow at losing his mother, saying that he felt it “beyond measure”.

The new monarch also praised his “darling wife” Camilla, now Queen Consort, and his eldest son and heir William and his daughter-in-law Kate, on whom he bestowed the titles of Prince and Princess of Wales.

Charles also expressed his love for his younger son Harry and daughter-in-law Meghan, a significant gesture towards a couple whose relationships with the rest of the royal family have been strained. – Rappler.com