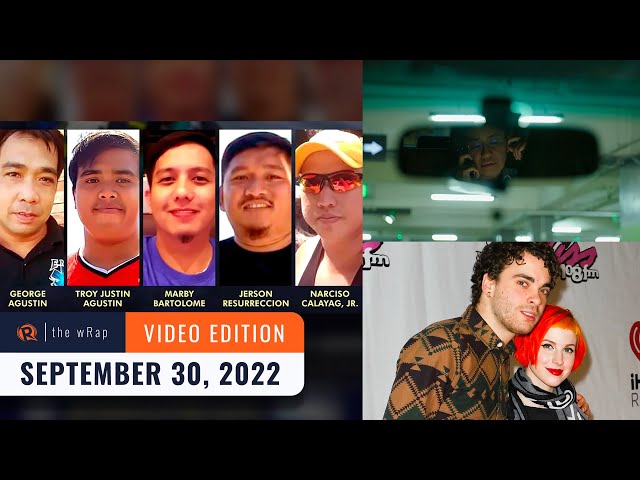 To honor their life and sacrifice, the Bulacan provincial government pays tribute to the five fallen rescuers who died while Typhoon Karding ravaged Luzon earlier this week.

A Thousand Cuts, the documentary on Rappler and its CEO Maria Ressa wins Outstanding Social Issue Documentary at the News and Documentary Emmys.

Britain’s Queen Elizabeth II died of old age, according to her death certificate. The National Records of Scotland publishes the certificate on Thursday, September 29.

Globe Telecom will temporarily block all text messages with website links in an effort to safeguard subscribers from the recent onslaught of spam and scam messages.

Paramore is back with new music and a new romantic pairing! Pop-rock band Paramore’s lead singer Hayley Williams and guitarist Taylor York confirm their relationship, after months of speculations.

Comedian Trevor Noah, host of The Daily Show on Comedy Central, says he is leaving after hosting it for seven years. — Rappler.com