Russian President Vladimir Putin attends a meeting of the leaders of the Collective Security Treaty Organization (CSTO) member states, at the Kremlin in Moscow, Russia May 16, 2022. Alexander Nemenov/Pool via REUTERS

Facebook Twitter Copy URL
Copied
Russia has given few specific clues about what it will do in response to the Nordic enlargement of NATO, the biggest strategic consequences of Russia's invasion of Ukraine to date

LONDON, UK – President Vladimir Putin warned the West on Monday, May 16, that Russia would respond if NATO began to bolster the military infrastructure of Sweden and Finland which have both decided to join the US military alliance after the invasion of Ukraine.

Putin, Russia’s paramount leader since the last day of 1999, has repeatedly cited the post-Soviet enlargement of the NATO alliance eastwards towards Russia’s borders as a reason for the conflict of Ukraine.

Speaking to the leaders of a Russian-dominated military alliance of former Soviet states, Putin said the enlargement of NATO was being used by the United States in an “aggressive” way to aggravate an already difficult global security situation. 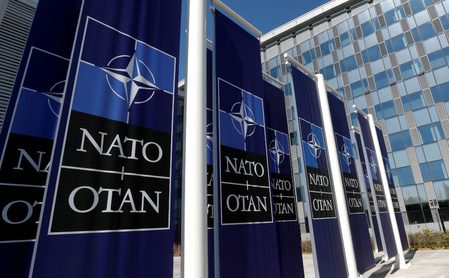 Russia, Putin said, had no problem with Finland or Sweden, so there was no direct threat from NATO enlargement which included those countries.

“But the expansion of military infrastructure into this territory would certainly provoke our response,” Putin told the leaders of the Collective Security Treaty Organization, which includes Belarus, Armenia, Kazakhstan, Kyrgyzstan and Tajikistan.

“What that (response) will be – we will see what threats are created for us,” Putin said at the Grand Kremlin Palace. “Problems are being created for no reason at all. We shall react accordingly.”

Russia has given few specific clues about what it will do in response to the Nordic enlargement of NATO, the biggest strategic consequences of Russia’s invasion of Ukraine to date.

One of Putin’s closest allies, former President Dmitry Medvedev, said last month that Russia could deploy nuclear weapons and hypersonic missiles in the Russian exclave of Kaliningrad if Finland and Sweden joined NATO.

NATO, founded in 1949 to provide European security against the Soviet Union, ultimately outguns Russia in almost every military measure apart from nuclear weapons, though the backbone of the alliance’s military power is the United States – whose forces are mostly deployed far from Europe.

Before Putin spoke, Russian Deputy Foreign Minister Sergei Ryabkov said the West should have no illusions that Moscow would simply put up with the Nordic expansion of NATO.

The West says NATO – an alliance of 30 countries including former Warsaw Pact republics such as Poland and Hungary as well as nuclear powers the United States, Britain and France – is purely defensive.

Moscow says NATO threatens Russia and that Washington has repeatedly ignored the Kremlin’s concerns about the security of its borders in the West, the source of two devastating European invasions in 1812 and 1941.

Finland gained independence from Russia in 1917 and fought two wars against it during World War Two during which it lost territory. Sweden has not fought a war for 200 years. Foreign policy has focused on supporting democracy and nuclear disarmament.

Putin said that besides the “endless expansion policy”, NATO was reaching far beyond its Euro-Atlantic remit – a trend that Russia was following carefully.

Putin says the “special military operation” in Ukraine is necessary because the United States was using Ukraine to threaten Russia through NATO enlargement and Moscow had to defend against the persecution of Russian-speaking people.

Putin says assurances were given as the Soviet Union collapsed that the alliance would not expand eastwards towards Russia, a promise he says was a lie that humiliated Russia in its time of historic weakness.

The United States and NATO dispute that such assurances were given explicitly. Kyiv and its Western backers say the claim of persecution of Russian speakers has been exaggerated by Moscow into a pretext for an unprovoked war against a sovereign state. – Rappler.com