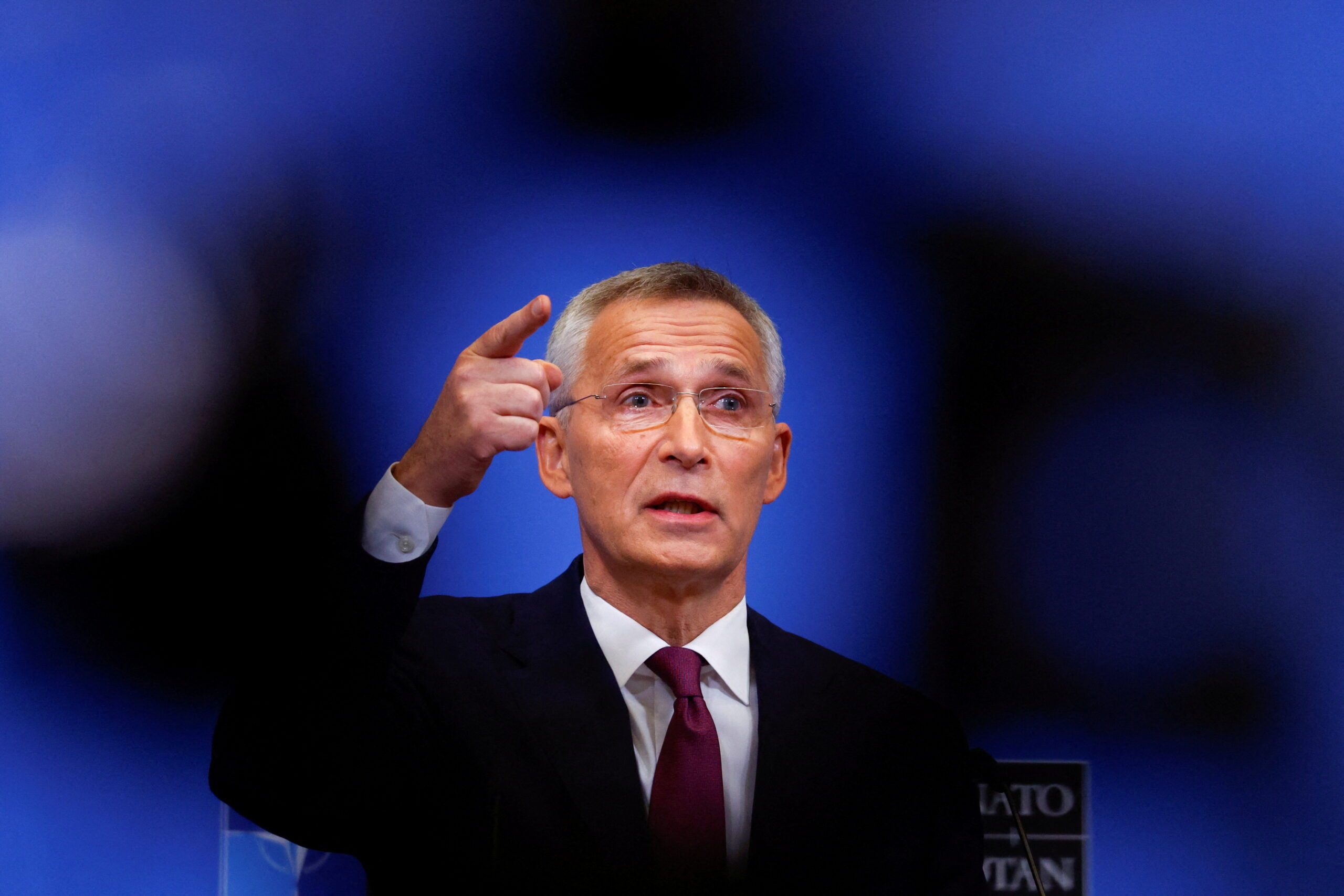 JENS STOLTENBERG. NATO Secretary General Jens Stoltenberg speaks during a news conference on the eve of a NATO summit, amid Russia's invasion of Ukraine, in Brussels, Belgium March 23, 2022.

Facebook Twitter Copy URL
Copied
'I warmly welcome requests by Finland and Sweden to join NATO. You are our closest partners, and your membership in NATO will increase our shared security,' NATO Secretary General Jens Stoltenberg says

BRUSSELS, Belgium – Finland and Sweden formally applied to join the NATO alliance on Wednesday, May 18 at allied headquarters, a decision spurred by Russia’s invasion of Ukraine, and setting in motion an accession process that is expected to take only a few weeks.

Sweden and Finland were both neutral throughout the Cold War, and their decision to join NATO is one of the most significant changes in Europe’s security architecture for decades, reflecting a sweeping shift in public opinion in the Nordic region since Russia’s February 24 invasion.

“This is a historic moment, which we must seize,” NATO Secretary-General Jens Stoltenberg said at a short ceremony in which the Swedish and Finnish ambassadors to the alliance handed over their application letters, each in a white folder embossed with their national flag.

“I warmly welcome requests by Finland and Sweden to join NATO. You are our closest partners, and your membership in NATO will increase our shared security,” Stoltenberg said. The alliance considers that the accession of Finland and Sweden would hugely strengthen it in the Baltic Sea.

Ratification of all 30 allied parliaments could take up to a year, diplomats say.

Turkey has surprised its allies in recent days by saying it had reservations about Finnish and Swedish membership. Stoltenberg said on Wednesday that he thought the issues could be resolved.

“We are determined to work through all issues and reach rapid conclusions,” Stoltenberg said, noting strong support from all other allies. – Rappler.com