Philippines to receive up to 1M US-donated COVID-19 vaccines SYRINGES. AstraZeneca COVID-19 vaccine syringes are prepared as people are vaccinated against the coronavirus disease (COVID-19) at the Central Vaccination Center, inside the Bang Sue Grand Station, Thailand, June 21, 2021.

Facebook Twitter Copy URL
Copied
(4th UPDATE) No specific date of delivery had been announced, though the US said it would move 'as expeditiously as possible'

In a press briefing on Tuesday, June 22, Philippine Ambassador to the US Jose Manuel “Babe” Romualdez said about 800,000 to 1 million AstraZeneca or Moderna doses from the US will be donated to the Philippines.

The White House laid out a plan on Monday, June 21, to share 55 million US COVID-19 vaccine doses globally, including the Philippines, with roughly 75% of the doses allocated to Latin America and the Caribbean, Asia, and Africa through the COVAX international vaccine-sharing program.

The plan fulfills President Joe Biden’s commitment to share 80 million US-made vaccines with countries around the world. The president sketched out his priorities for the first 25 million doses from that pledge earlier this month.

The United States has come under pressure to share more of its vaccine supply with countries that are still struggling with the deadly virus and its variants. With more and more Americans getting the shots, the White House increasingly has turned its attention to getting vaccine out internationally.

According to a White House fact sheet, the Philippines is among countries listed to receive 41 million doses through the COVAX global vaccine sharing facility. About 16 million were set aside for countries in Asia, while 14 million will go to Latin America and the Caribbean, and the remaining 10 million to Africa. 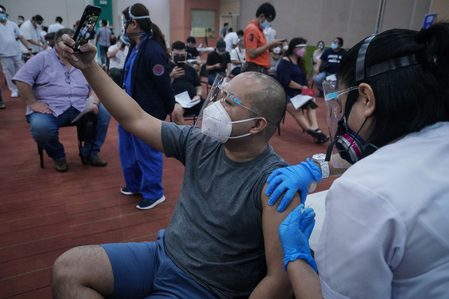 The Philippines is also among countries that will  directly receive vaccine doses from the US government. Of the 55 million, 14 million doses have been set aside for the US to share with to at least 30 countries described as “regional priorities and other recipients,” the White House said.

When will the vaccines arrive?

No specific date of delivery had been announced, though the US said it would move “as expeditiously as possible” to facilitate the shipment of vaccines to different countries.

“We have plenty of doses to share with the world, but this is a Herculean logistical challenge,” White House spokeswoman Jen Psaki told reporters, noting safety and regulatory information had to be shared, proper storage temperatures for the vaccines had to be ensured, and language barriers at times had to be overcome.

“We have announced today where these doses are going. We will continue to announce as they land on the ground and as they are being shipped, and we’re looking forward to doing that as quickly as possible,” she said. The White House said it wanted the doses to be prioritized for health care workers and those who are most at risk.

International partners are eager to get US help. Biden has announced the United States will buy 500 million doses of Pfizer’s vaccine and donate them to the world’s poorest countries.

Additional doses for the Philippines come on top of country’s earlier allocation, part of the first 25 million doses donated by the US. From that amount, about seven million was set aside for delivery through COVAX to countries in Asia.

Ambassador Romualdez earlier said vaccine donations are part of the US’ assistance to countries in need urgent need of help to respond to the pandemic.

“Itong tulong ng America malaking bagay at I am very happy to say na binibigyan tayo talaga ng priority ng US ngayon diyan sa mga vaccines dahil we’ve been talking to them about it so hopefully we’ll be getting more of the vaccines lalo na yung mga donations nila sa for the worldwide use no yung 500 million na prinomise ni President Biden,” Romualdez said in a Teleradyo interview on Monday.

(The vaccine aid from America is a huge deal, and I am very happy to say that the US will give us priority, since we’ve been talking to them about it. Hopefully we’ll be getting more vaccines especially from the batch they’re donating for worldwide use – the 500 million Biden promised.)

The White House’s breakdown of its allocation of the 55 million vaccine doses is below.

* Africa (approximately 10 million shots): Recipient countries will be selected in coordination with the African Union.

The US’ moves to share vaccine doses comes as concerns continue to grow over the disparity in vaccinations seen in advanced countries and the developing world.

Duterte threatens to arrest people who refuse getting vaccinated 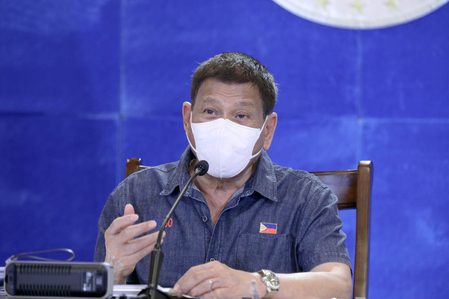