When in a new place, there’s one thing Filipinos love to do: Eat the best local dish they can find.

For most of us, food is the gateway to any new culture whether local or international. For example, a trip to my hometown Pampanga wouldn’t be complete without a visit to the best sisig restaurant in town. That’s according to all my friends who travel around two hours just to eat authentic Kapampangan sisig and have coffee and dessert at the numerous cafes in Clark.

The strong link between food and identity has long been the subject of a lot of scholarly articles and journals. But this month on #RapplerReads, I wanted to unpack it even further by talking to someone who has a lot of firsthand experience with it.

I first discovered Raf Ignacio’s website when I was looking for copies of several Filipino books on food. Through the site, readers can purchase just about any kind of literature – be it a cookbook or a book about food history – related to Filipino food. But he isn’t just a seller of books. He’s also a host of the Filipino food experience.

Born and raised in the Philippines, Ignacio has also lived in Japan, Malaysia, and India. He moved to New York in 2014, where he launched Filipino Food Crawl.

Ignacio shared that he started hosting Filipino food tours in New York City in 2018. He saw it as his own way to introduce Filipino cuisine to curious tourists and Filipino-Americans looking to connect with their roots.

“For two and half hours, I took my guests to eat at different Filipino restaurants in the East Village while telling them stories about Philippine culture and history. However, because of the pandemic, I had to put a hold on hosting. I decided to pivot from tours to offering Filipino books on food and culture through my online store,” he said in an email interview.

As his tours became more popular, Ignacio was tapped for collaborations with various brands. These were all focused on introducing Filipino food and culture to more people, both local and international.

So what can this self-proclaimed Filipino gastro diplomat say about food and identity? A lot. Read below for our conversation.

What has been the best thing about the Filipino Food Crawl?

I enjoy having the opportunity to share experiences and stories about Filipino cuisine with those who are interested and with those who want to reconnect with their Filipino roots. It is satisfying to me to hear someone say that they were able to learn more about themselves through the food that they tried on the tour. I’m glad to be a part of this (re)discovery of one’s Filipino identity and culture.

You’ve also been busy working with brands like Goldilocks and Buzzfeed. Can you share a memorable experience from any collaboration?

I have collaborated with Goldilocks on two #EATymology series in which we talked about the origins of the names of some of Goldilocks’ best-selling pastries and bread. BuzzFeed chose to feature Filipino Food Crawl (the tour) in its travel and experiences channel called BringMe. The collaboration with BuzzFeed was fun because it was the first time for me to be featured by a major publication. The final product came out extremely well!

The link between food and memory is well-documented, with many agreeing that food is an invoker of memory. In your personal experience, is there any Filipino food that really takes you back to a specific memory?

Sisig! The first dish I eat whenever I visit the Philippines is sisig. I love its flexibility – one can eat sisig by itself as a pulutan [food eaten with alcohol] or with rice as an ulam [viand] – and its origin story – discarded pig heads were reimagined to become a delicious and one-of-a-kind dish. This story shows Filipino creativity and our penchant to maximize all our available resources. 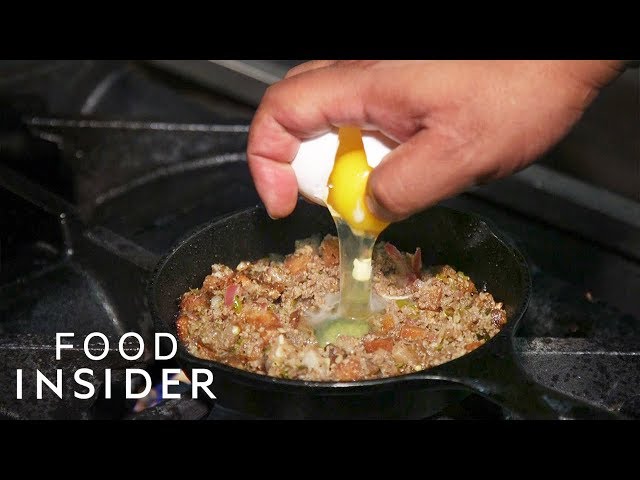 As a Filipino living in the US, do you think food affects your Filipino identity? Why or why not?

Yes, I think Filipino food has allowed me to express my Filipino identity in a society that’s unfamiliar with my experience as a migrant. I see food as a conversation starter. With each bite, there’s an opportunity to talk about different aspects of Filipino daily life as well as our colonial history. Food also lets me talk about the richness and varieties of our cuisine, including the different regional/provincial interpretations of the same dish.

If you could suggest either a list or one book on food that all Filipinos should read, what would they/it be?

I highly recommend Tikim: Essays on Philippine Food and Culture by Doreen Fernandez, the pioneer of Filipino food literature. It’s a collection of essays that will give the reader an introduction to the intricate nuances of Filipino food culture through its people, places, and flavors.

Another favorite of mine is The Governor-General’s Kitchen by Felice Sta. Maria. This well-researched book covers little-known stories on Philippine culinary culture from the time of the Spanish and the Americans, including some recipes from that time period.

Interested in discovering more about the Filipino identity through food? If you’re in New York City and are looking for Ignacio’s own spin on the Filipino food experience, stay tuned because he mentioned that there’s a possibility he would start holding tours again in the future.

But for now, find your next favorite read through his online store. – Rappler.com

Get it on Shopee