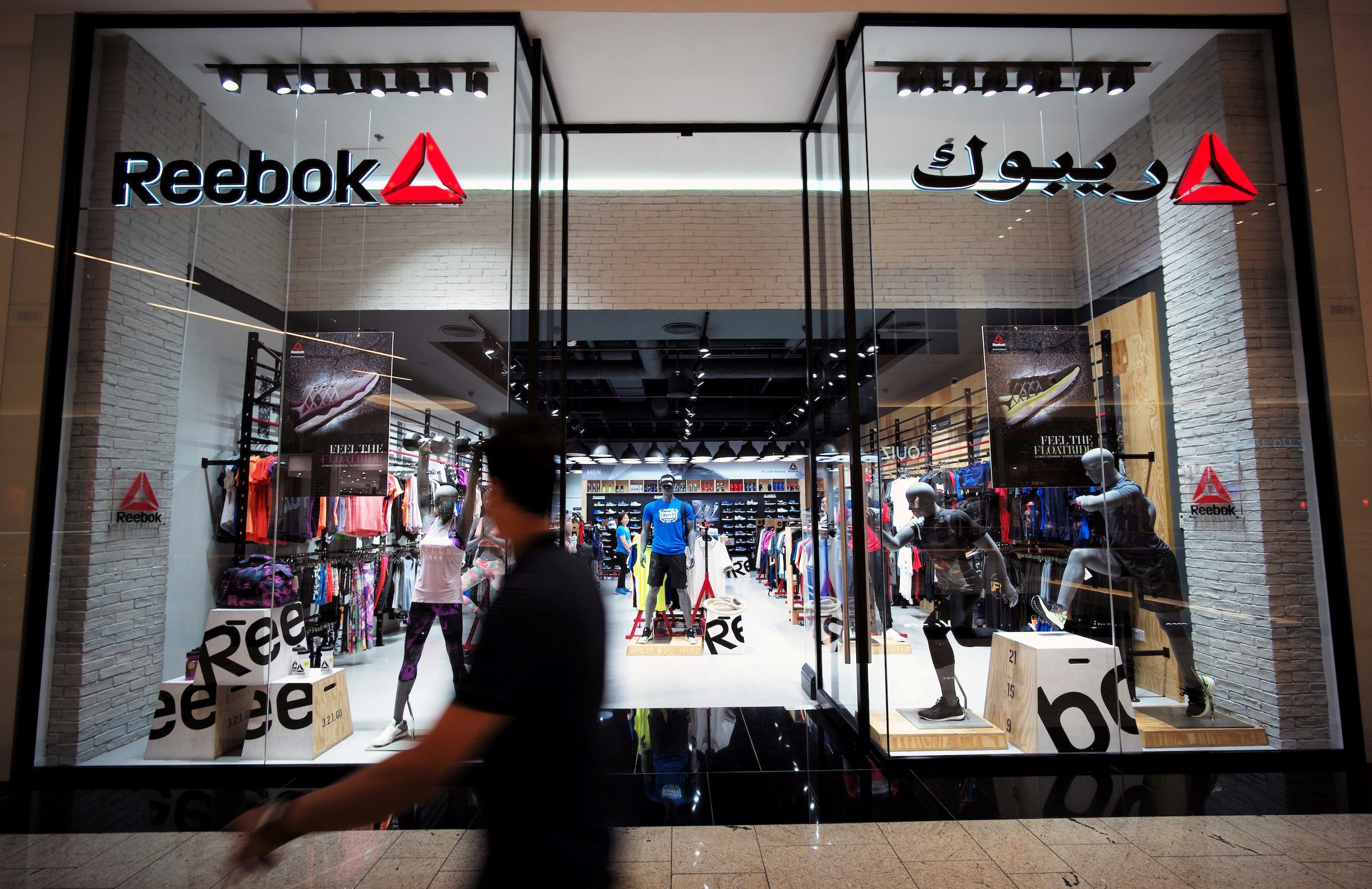 REEBOK. A man walks in front of the Reebok store at Bahrain City Center in Manama, Bahrain, September 17, 2017.

File photo by Hamad I Mohammed/Reuters

German sportswear maker Adidas plans to sell or spin off its underperforming Reebok brand, 15 years after it bought the United States fitness label to help compete with archrival Nike.

Adidas said on Tuesday, February 16, it had decided to begin a formal process aimed at divesting Reebok as part of a 5-year strategy it plans to present on March 10, when the company will also publish 2020 results. It will report Reebok as a discontinued operation from the 1st quarter of 2021.

A banking source said the business could be worth around 1 billion euros ($1.2 billion).

“Reebok and Adidas will be able to significantly better realize their growth potential independently of each other,” chief executive Kasper Rorsted said in a statement.

The company bought Boston-based Reebok for $3.8 billion in 2006, but its sluggish performance led to repeated calls from investors to dispose of the brand.

In the meantime, Adidas managed to eat into Nike’s dominance in the United States with its core brand, helped by partnership with celebrities like Kanye West, Beyonce, and Pharrell Williams.

After Rorsted took over as CEO in 2016, he launched a turnaround plan for Reebok, which helped it return to profitability, but its performance continued to lag that of the core Adidas brand and it was then hit by the COVID-19 pandemic.

Options for Adidas include spinning Reebok off as a stand-alone public company, or selling the brand to private equity, another major sports retailer, or a multibrand player like VF Corporation.

Reebok’s recent collaborations with celebrities like Cardi B and a refreshed focus on women’s apparel have put the brand in a better place, analysts say.

Adidas said in November it was expecting a drop in overall sales for the end of 2020 as the reimposition of lockdowns in Europe offset a return to growth in China and strong demand for running gear and products designed by Beyonce. – Rappler.com