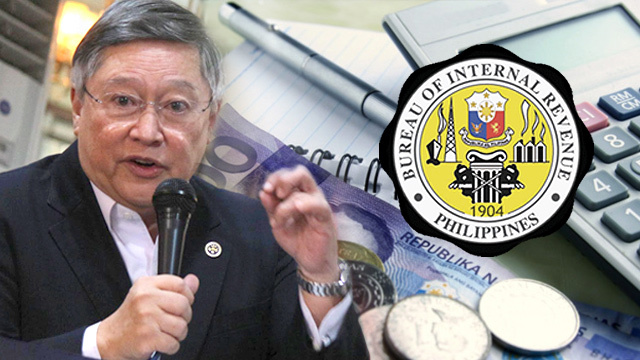 MANILA, Philippines – The Department of Finance (DOF) officially started on the road to tax reform with the formal submission of a bill outlining the first batch of proposed tax reforms to the House of Representatives on Monday, September 26.

The bill will officially be filed within the next 10 days, according to Quirino Representative Dakila Cua, chairperson of the House ways and means committee.

The initial package of reforms, the first of 4, includes the restructuring of the personal income tax system and the expansion of the value added tax (VAT) base by reducing the coverage of its exemptions, the DOF said in a statement.

The maximum rate of personal income tax will be reduced over time to 25% from the current 32%, except for the highest income earners.

The DOF estimated that the overall loss of government revenue due to the proposed tax reforms would reach P173.8 billion, but said it would be offset by potential gains from revenue-enhancing reform.

These include an estimated gain of almost P200 billion from raising fuel excise tax, P164.4 billion from broadening the tax base through VAT-based expansion, around P18 billion for an excise tax to be applied to sweets, and P33.8 billion from rationalizing fiscal incentives. The DOF noted that these estimates can still change.

It also said that “a quarter to a third of the net gain from the proposed tax reforms would be allocated for the conditional cash transfers, lifeline electricity subsidies, direct discounts, and higher Philippine Health Insurance Corporation (PhilHealth) coverage.”

Other targeted subsidies, it added, will be set aside for the sectors to be affected by the new fuel prices arising from the adjustments in the excise tax on fuel.

The proposed tax reform package has received broad support from both the public and private sectors.

Private sector support comes from some of the country’s most prominent business groups, including the Management Association of the Philippines (MAP) and the Philippine Chamber of Commerce and Industry (PCCI).

The World Bank and the Asian Development Bank also gave their stamp of approval to the reforms, saying these would improve the business environment and boost consumption.

Finance Secretary Carlos Dominguez III emphasized that tax reform is the lynchpin of the wider reform package planned by the Duterte administration.

“Without reforming our tax system so that it becomes fairer, simpler, and more efficient, government cannot undertake the volume of spending required in achieving our goals of reducing poverty from 26% to 17% in 6 years and elevating the Philippines to the status of a high-income country in one generation,” he said. – Rappler.com