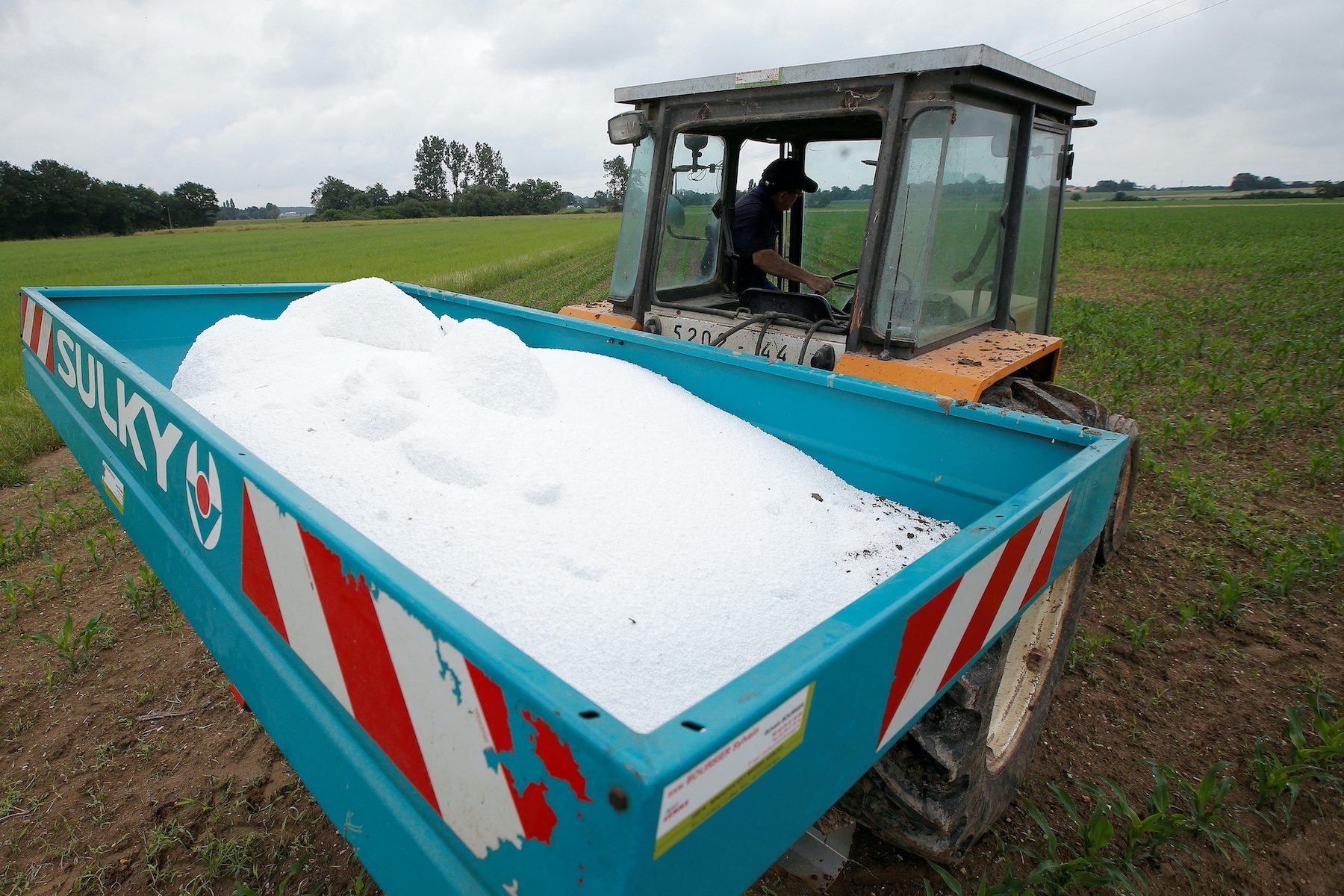 FARMING. A farmer prepares to use urea fertilizer in his cornfield in La Planche near Nantes, France, June 5, 2018.

Facebook Twitter Copy URL
Copied
The European Union will distribute 500 million euros to help farmers, and let them temporarily grow crops on the almost 6% of EU agricultural land that is set aside to boost biodiversity

BRUSSELS, Belgium – The European Union will distribute 500 million euros ($550 million) to help farmers and allow them to grow crops on fallow land to mitigate food price spikes and potential shortages resulting from Russia’s war in Ukraine.

Published on Wednesday, March 23, the proposals by the EU’s executive European Commission also include assistance to Ukraine to help its farmers sow corn and sunflower seeds and tend to wheat.

Ukraine is a top global player in sunflower oil, with over 50% of world trade, and holds significant shares for wheat, barley, and maize, which has already led to surges in prices and concerns about shortages.

The EU executive stressed on Wednesday that there was no immediate threat to food security in the 27-nation bloc given it is a net exporter of cereals.

However, recognizing farmers will face higher fuel and feed prices, the EU will distribute 500 million euros to aid farmers hardest hit by the crisis, particularly if they are engaged in more environmentally friendly production.

The Brussels-based commission will also let farmers temporarily grow crops on the almost 6% of EU agricultural land that is set aside to boost biodiversity.

The commission believes this, along with record Indian exports, will help cover some of the 20 million tons of wheat which Ukraine normally exports.

The commission also said it supported EU countries using possibilities to reduce blending of biofuel – usually made with crops like cereals, vegetable oils, and sugar – in road fuel as a way of easing pressure on supply of food and feed commodities.

It also proposed an emergency support program of 330 million euros to Ukraine, some of which is designed to help farmers.

Ukraine’s minister of agrarian policy and food, Roman Leshchenko, told EU lawmakers this week that his country normally exported 80% of its agricultural and food production but was now limiting that to feed its own population.

He said most of Ukraine’s grain and harvest production used to be exported from seaports, now destroyed or blocked, and that farmers were struggling with the spring sowing campaign amid shelling.

“We must do everything possible to avert a hurricane of hunger and a meltdown of the global food system,” he said.

“The consequences will be felt from Lebanon, Egypt, and Tunisia, to Africa and the Far East. I call on [Russian President Vladimir] Putin to let those ships go. Otherwise he will not only be responsible for war but also for famine.”

Moscow says its “special military operation” is to disarm its neighbor. It denies targeting civilians and has said that Western sanctions on Russia are akin to a declaration of war. – Rappler.com