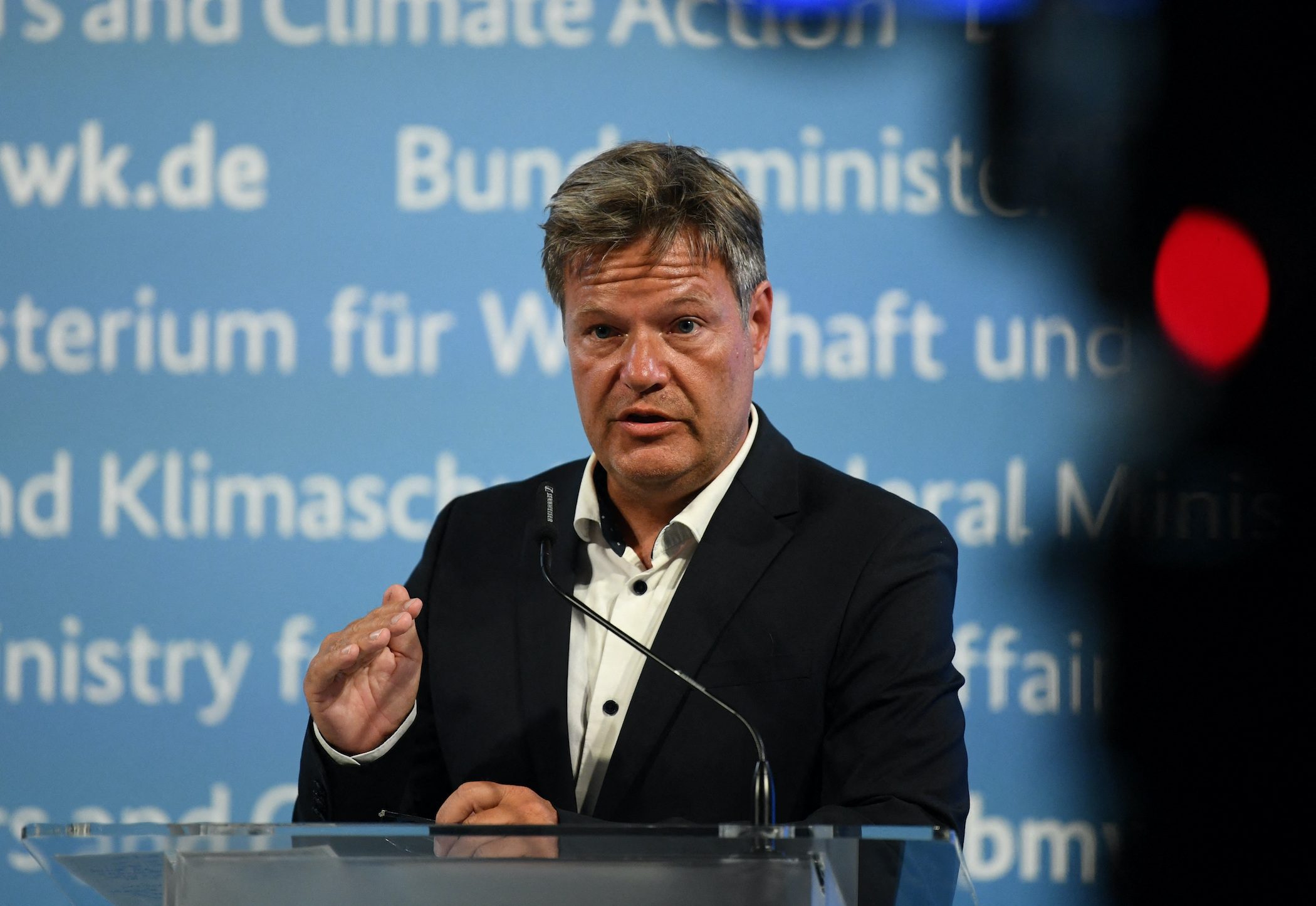 GAS LEVY. German Economy Minister and Vice Chancellor Robert Habeck speaks to the media after the announcement of the gas levy at the Federal Ministry for Economic Affairs and Climate Action, in Berlin, Germany, August 15, 2022.

BERLIN, Germany – German households will have to pay almost 500 euros ($509.65) more a year for gas after a levy was set to help utilities cover the cost of replacing Russian supplies, piling pressure on Berlin to come up with further relief measures for the public.

The levy will be imposed from October 1 and remain in place until April 2024 in a bid to help Uniper – the country’s largest importer of Russian gas – and other importers cope with soaring prices.

For an average family of four, the charge will amount to an additional annual cost of around 480 euros, or an increase of about 13% on the Verivox price comparison platform’s calculation of an average gas bill of 3,568 euros based on usage of 20,000 kWh per year.

“The alternative would have been the collapse of the German energy market, and with it large parts of the European energy market,” Economy Minister Robert Habeck said of the levy.

Germany’s Russia-dependent energy model had failed and would not be returning, he told reporters. “We need to change in a hurry…. In doing so, we sometimes have to take bitter medicine,” Habeck said, arguing for targeted relief to help households.

Utility EnBW, which is also exposed via its VNG gas division and took a 545-million-euro profit hit in the first half of 2022 as a result of lower Russian supplies, said it would take advantage of the levy, unlike RWE.

Industry will also be subject to the charge, with the German Steel Federation saying it would add around another 500 million euros a year to the sector’s energy bills, on top of 7 billion euros in extra costs already attributed to high energy prices.

“The gas surcharge significantly increases the cost pressure already exerted on the steel industry by the extreme price increases on the energy markets,” its president Hans Juergen Kerkhoff said.

Economists warned that the levy would further accelerate inflation in Europe’s largest economy, which is already running at an elevated 8.5%, with some relief measures such as low-cost public transport tickets set to expire.

“The gas levy is expected to increase inflation, including the value-added tax, by almost one percentage point,” said Commerzbank chief economist Joerg Kraemer, adding that the measure adds to mounting signs the German economy could slip into recession this winter.

Germany is also awaiting a response from Brussels on a value-added tax exemption for the levy.

Russia has throttled gas flows to Germany, blaming technical problems and the red tape of Western sanctions for a drop in deliveries via the key Nord Stream 1 pipeline to 20% of its capacity. Berlin has called the reductions politically motivated. – Rappler.com