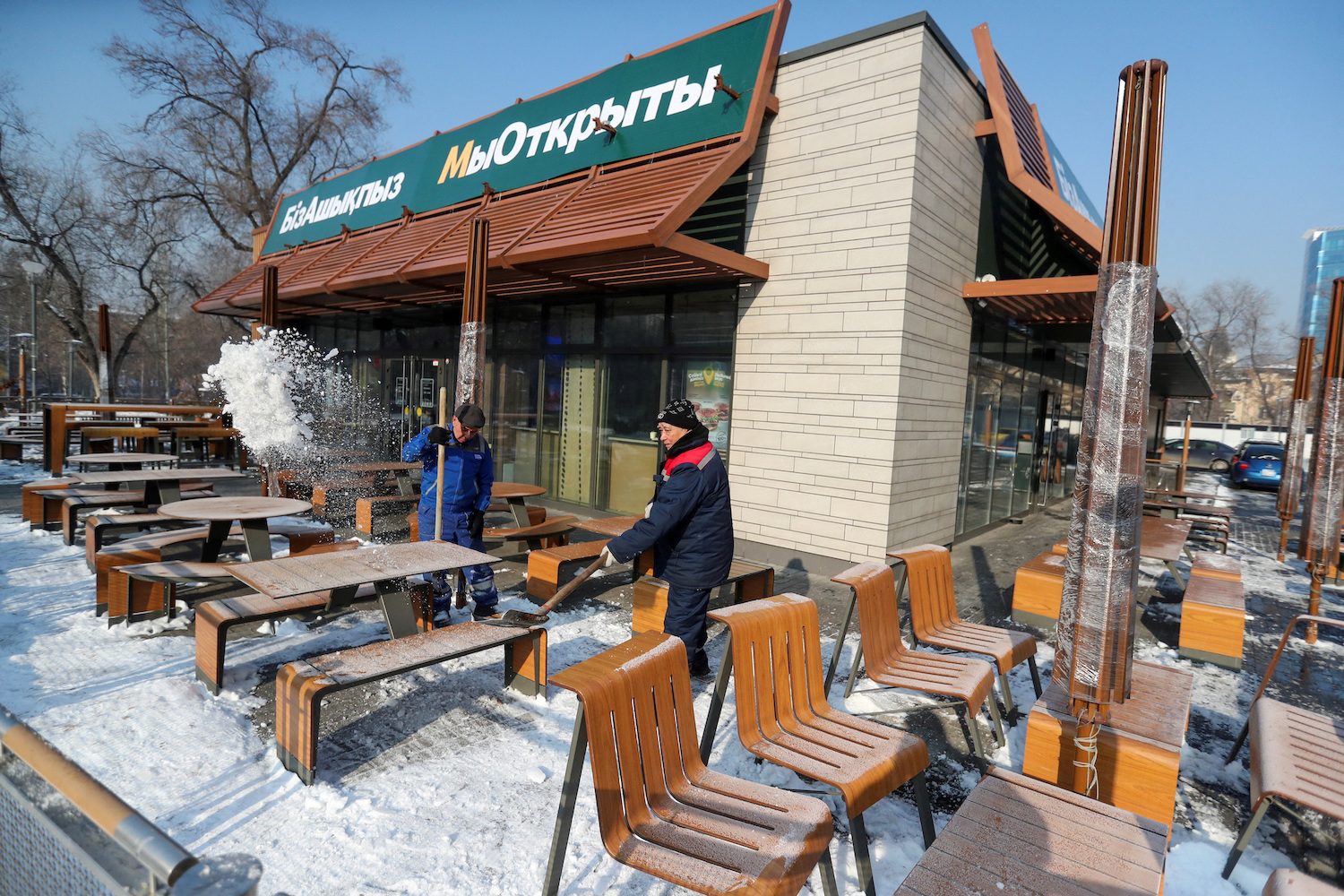 NO BRANDING. Employees remove snow outside a fast-food restaurant, which used to operate under the McDonald's brand and reopened with no branding weeks after the US company left the local market, in Almaty, Kazakhstan, January 23, 2023.

ALMATY, Kazakhstan – Several restaurants which used to operate under the McDonald’s brand in Kazakhstan reopened on Monday, January 23, with no branding to serve fast food under generic names such as “Cheeseburger,” weeks after the US company left the local market.

Former licensee Food Solutions KZ said in a statement it would maintain “the high quality and service standards adopted earlier” and would soon present its new brand name.

Food Solutions KZ did not say on Monday whether it has replaced any components such as beef patties with Kazakh produce, and declined to comment on any questions not addressed in its statement.

Its new menu included items such as beef, chicken, and fish burgers as well as chicken nuggets, fries, and ice cream.

McDonald’s closed its Russian restaurants soon after Moscow sent tens of thousands of troops into Ukraine last February, eventually selling to a local licensee, Alexander Govor, who in June unveiled the Vkusno & tochka brand, which means “Tasty & that’s it.” – Rappler.com