First MRT7 trains to arrive in the Philippines from South Korea 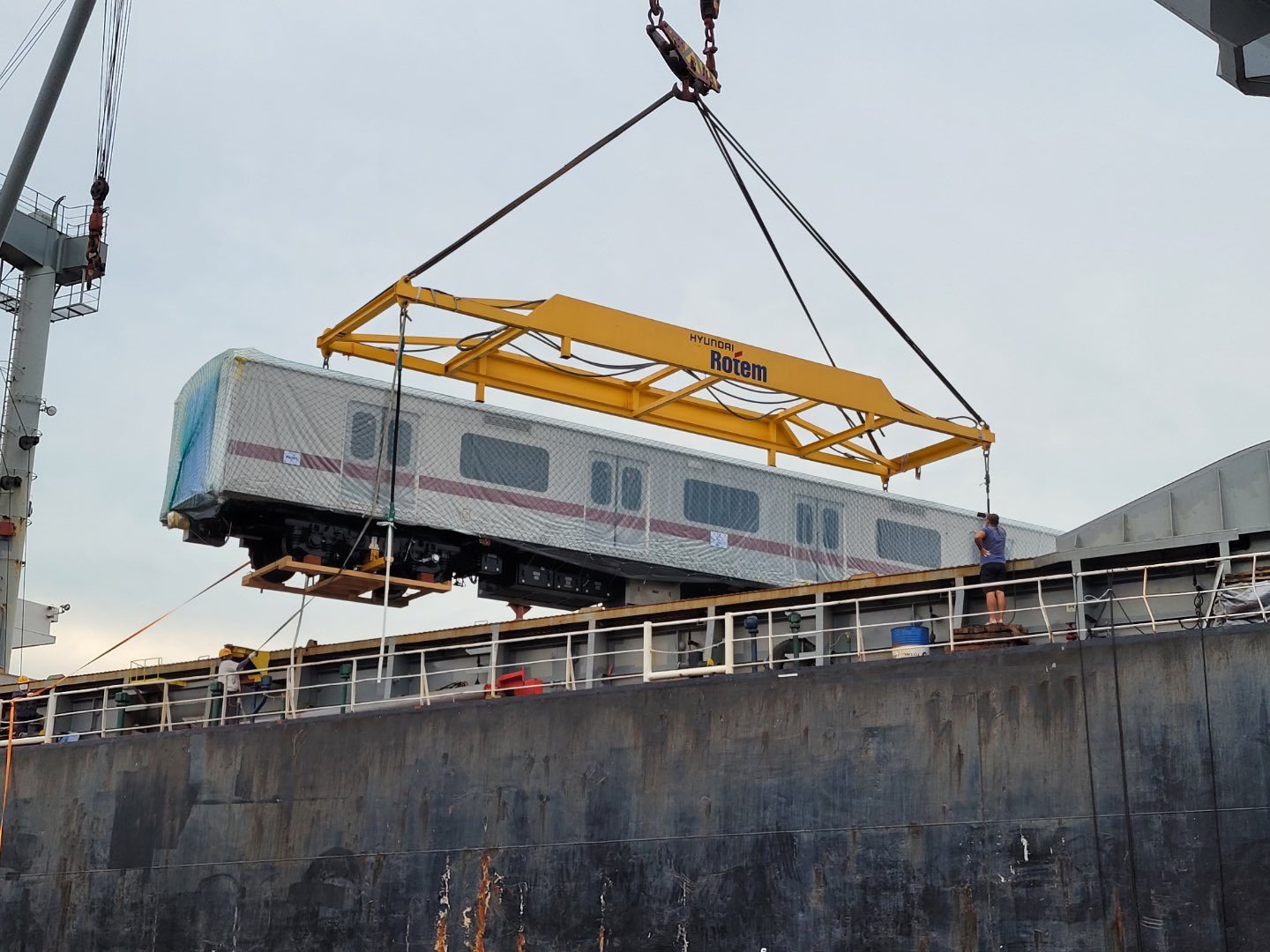 The first batch of Metro Rail Transit Line 7 (MRT7) train cars will arrive in the Philippines during the second week of September, San Miguel Corporation (SMC) announced on Wednesday, September 1.

Six train cars or two train sets procured from Hyundai Rotem will be arriving from South Korea. Each train set is 65.45 meters long.

This signals the start of train set deliveries, which are expected in batches until all 108 cars or 36 train sets are here.

So far, 54% of the MRT7 has been completed – the same rate SMC announced in February.

“As we said before, the MRT7 project is in many ways more difficult and complex than even our recently completed Skyway Stage 3 – which in itself is an engineering feat. This is because MRT7 has added complexities such as electric power systems, computer and communications systems, signaling systems, and automatic fare systems, among others,” Ang said.

The first test run is set for December 2022. This means that the project is seen to be operational by 2023.

SMC previously set the first test run in June 2022, and full operations by December that year.

The 23-kilometer railway system will run from North Avenue in Quezon City to San Jose del Monte City in Bulacan. It will have 14 train stations that will take 30 minutes to travel end-to-end.

The MRT7 will be connected to the MRT3, the Light Rail Transit Line 1, and the upcoming Metro Manila Subway through the Unified Grand Central Station. The central station is seen to be partially operational before 2021 ends. – Rappler.com