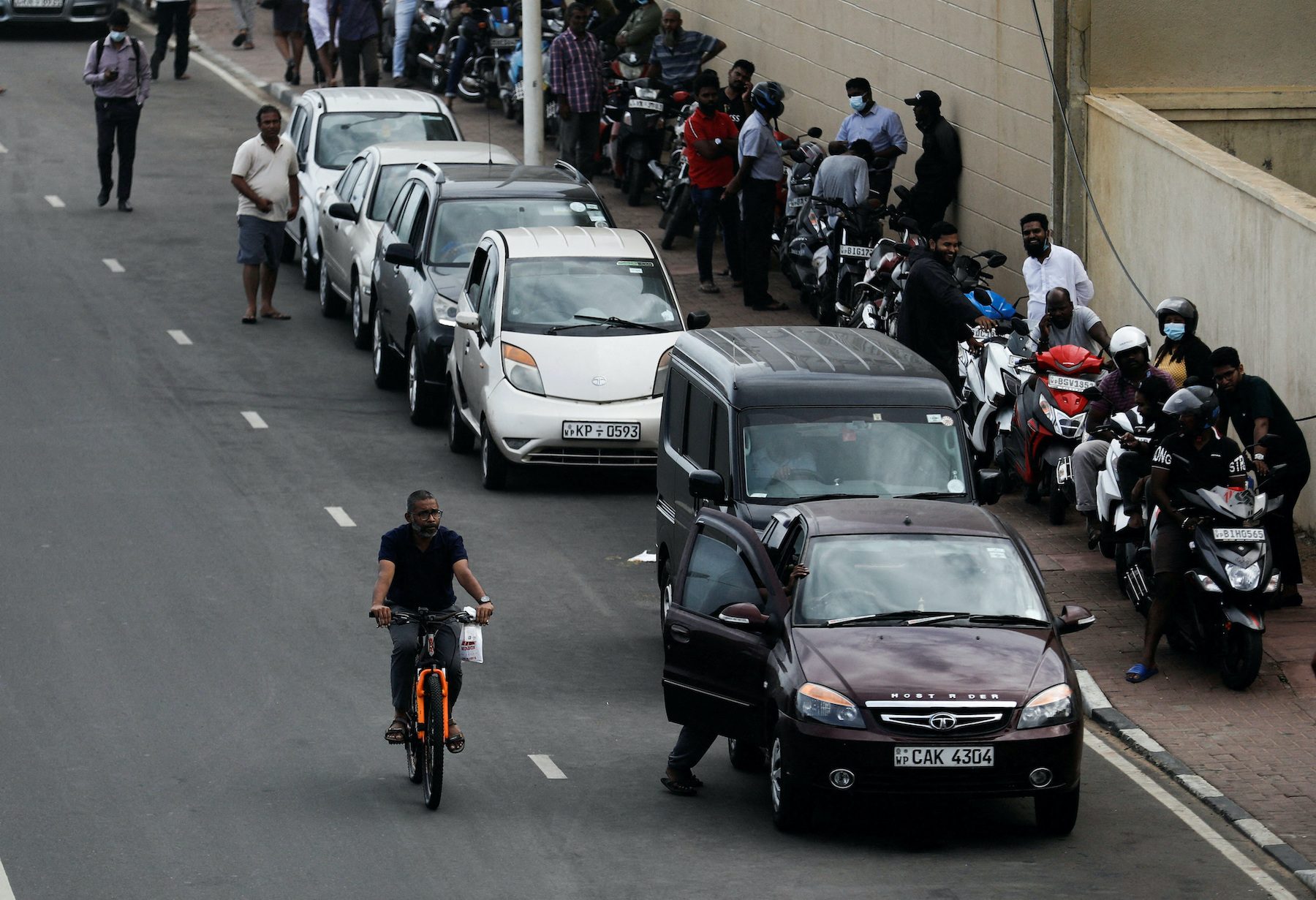 Sri Lanka‘s International Monetary Fund (IMF) bailout plan could be a turning point in its worst economic crisis, but far-from-stable politics and a need to get debt relief from competing powers China, India, and Japan means some of the hardest work is still to come.

President Ranil Wickremesinghe knows a lot of circles will need to be squared for the IMF’s $2.9-billion lifeline to become a reality.

Spending cuts, tax hikes, and debt write-downs are a common formula for bankrupt countries, but crisis veterans say there are some uniquely difficult elements here.

An impoverished population that forced former president Gotabaya Rajapaksa to flee in July still needs to accept Wickremesinghe, seen by many as of the same political ilk and a man who faces a bristling opposition.

The country’s borrowings are so complex that estimates of the total range anywhere from $85 billion to well over $100 billion. To get it to a sustainable level, Beijing, New Delhi, Tokyo, multilaterals, and global asset managers must all swallow losses.

“This one of the biggest messes I’ve ever seen,” said Renaissance Capital’s chief economist Charles Robertson who has watched emerging market crises unfold for decades.

“The government destroyed its revenue base with unsustainable tax cuts, it tried to hold the currency when tourism revenues collapsed, and now it has no reserves in the bank and a population facing widespread poverty.”

Estimates from the United Nations say the crisis has left more than a quarter of Sri Lanka’s 22 million population struggling to secure adequate, nutritious food.

To hit the IMF’s target of lifting its primary budget surplus to 2.4% by 2025, Sri Lanka would get its economy growing by around 6%, something not achieved for about five years. This year it expected to contract at least 8%.

Just as challenging, the IMF wants Colombo to secure “financing assurances” – Fund speak for debt relief and new loans – from regional heavyweights China, Japan, and India who have long jostled for influence.

The World Bank estimates Beijing’s lending, which has funded costly projects from ports to stadium, adds up to $7 billion, or 12% of Sri Lanka’s $63-billion external debt. Japan has provided another $3.5 billion while India has given around $1 billion.

“Finding creative ways to have a collaborative platform to advance these debt restructuring discussions is very useful,” Breuer told Reuters. “How debt relief is distributed amongst creditors…that is something we don’t insert ourselves into.”

The crisis has culminated in Sri Lanka’s starkest crisis and first debt default since independence from Britain in 1948. The rupee almost halved in value since the central bank abandoned its peg in March, basic goods have become scarce, and inflation is now running at 64%.

Economists say the restructuring could have been far simpler if the country had been part of the G20 Common Framework plan – a program set up at the height of COVID-19 to help debt-crippled countries. At the time, Sri Lanka was classified as a middle-income country and did not qualify.

China automatically provides debt relief alongside Paris Club countries and private sector creditors under that arrangement. Colombo’s absence from the setup means an alternative is needed.

Step up Japan – which is now pushing for China, India, and others to join talks. Beijing, which did not respond to a request for comment, has not yet signaled if it will, although there are hopes its lead role in Zambia’s restructuring may encourage it to do so. India has not commented so far.

Pessimists worry though that if China doesn’t take a write-down, others won’t either, including global asset managers who hold nearly $20 billion of Sri Lanka’s international bonds.

“China is the largest creditor country. Without its participation, any scheme won’t succeed,” a Japanese government official who requested anonymity said.

Another problem is what to do about the country’s $50.5 billion of “local” debt mostly dominated in rupee and largely held as capital by commercial banks and local pension funds.

Sanjeewa Fernando, head of research at CT CLSA Securities, said it won’t be a straightforward decision, especially with elections looming in 2024.

“From a realistic point of view, banks are preparing for a 40% haircut [on Sri Lanka’s international bonds and ‘development’ bonds which are also dominated in dollars] as a base-case scenario,” he said.

Even that might not be enough though, given the IMF wants the debt-to-gross domestic product ratio slashed to under 100% from 140% currently.

That would put domestic debt in play but David Beers, a senior fellow at the New York-based Center for Financial Stability who has compiled a global database of sovereign defaults, said there are always trade-offs.

“If the domestic debt is predominately held by domestic banks and you get haircuts, then that eats into their capital,” he said, adding that they might then require bailouts which add to the government’s costs again. – Rappler.com