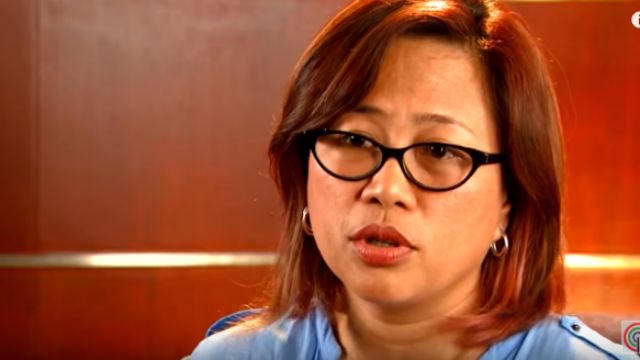 The 17-minute video was an interview with Boy Abunda, and was the first time that Cathy has addressed the matter.

In the video, Cathy first explained that she first found out about Alvin and his girlfriend Rossellyn’s open letter through social media, and that by that time, people had already started calling her offensive names. People were attacking her children and family as well.

She then admitted that she really did curse at Alvin on the set of Forevermore, but that his and Rossellyn’s story lacked context.

Rossellyn posted an open letter to Cathy on January 1, explaining that she could not stand how Cathy treated the extras, and how the staff just smiled at the situation.

She also posted the Alvin’s complaint to the ABS-CBN network regarding the matter. Although the ABS-CBN responded, there was no follow-up.

According to Cathy, during the shoot for the particular episode where Alvin and Rossellyn were acting, she was far away from the set because the scenes were wide. She was using a microphone and it was the assistant director running the set.

After Alvin couldn’t get the scene right even though they had rehearsed and given instructions many times, Cathy said that she spoke up. “Yung sumunod, nagsalita ako. To be exact ang sinabi ko, ‘Sino ba kausap mo ba’t di ka tumingnin? Tingnan mo, ang kulit mo naman eh. Pakshet ka.” (What followed was that I spoke. To be exact, I said, ‘Who are you talking to, why can’t you look? Look at the person, I’ve told you so many times. Pakshet ka.’)

(In our industry, I’m not saying it’s right to curse. But for us, cursing means something else. It’s not cursing to degrade or humiliate, or to insult anyone. It’s just a saying.)

Cathy also echoed ABS-CBN’s previous statement that although she was willing to talk after hearing about the incident, the talent coordinator that hired Alvin and Rossellyn later told her that the matter was settled. (READ: ABS-CBN responds to ‘Forevermore’ talents’ complaint of disrespect)

Cathy said that she is still open to talking to Alvin and Rossellyn today.

(All I know is that I cursed. That’s all I know. I didn’t maltreat him. He didn’t even appreciate that I called him my artists, because that’s what I believed in. I believed the talents, or the extras if you may call them, they’re also actors. That’s all the same to me.)

Throughout the interview, Cathy did tear up. She started choking up when Boy brought up that Alvin compared her to the villains in Jose Rizal’s novels. “Tito Boy, I am not intelligent. I am not as intelligent as him. But I am not heartless. I may have committed mistakes, I have made a lot of mistakes. I have offended people time and again. Hindi ako malinis na tao. ‘Di ako masamang tao. Nagmumura ako (I am not faultless. I am not a bad person. I curse,) yes, but I don’t think it’s the gauge of a good person or bad,” she said.

“I will get mad, diba aakyat ang temper ko, magagalit ako, pero sana intindihin nila at isipin nila na lahat yun para sa show, that at the end of the day, lahat bati-bati. And I thought that was what happened. And I thought after cursing, na hindi ko sinasadiyang makasakit – hindi ko alam nasaktan ko siya, had I known, I would have said sorry,” she added.

(I will not get mad, right my temper will rise, I’ll get mad, but I hope they understand and think that all of that is for the show, that at the end of the day, we are all friends. And I thought that was what happened. And I thought after cursing, that I didn’t mean to hurt anyone – I didn’t know I hurt him, had I known, I would have said sorry.)

Alvin has also voiced out that he wants a public apology from the director.

Cathy added that she has responsibilities as a director, and that there is a lot of pressure on her with every project she gets. “Lagi sa bawat project, nakataya ang leeg ko. Minsan siguro mahirap lang talaga Tito Boy sa pagtaya ng leeg na yun, mahirap na hindi magalit at magsalita ng masakit. At kung nagawa ko man, I am sorry to all those I have offended.”

When asked whether she looked down on extras, Cathy responded no. “Nagsimula ako sa simulang-simula. Dumating ako sa industriyang ito walang kaalam-alam. (I started at the very start. I came into this industry knowing nothing.) It took these people, these good people to teach me. But I’ve had my share of those cursing and humilating words.”

Alvin is a historian and a faculty member at the University of the Philippines Manila.

On her end, Cathy said that she did the interview with Boy, because she wanted to air out her side of the story, as many attacked her and her family without knowing the whole story.

(I cursed at him, I cursed, because he made a mistake as my artist. That’s all. And what I received is beyond what I deserve. I hope that after this, all that ends. I hope that people will just leave it to me and Alvin and Rossellyn. I hope we can talk, I will apologize if I need to, I will. I will own up to my mistake because I made a mistake, I cursed at someone who doesn’t know anything about the industry. But beyond that, there’s nothing else to apologize for.)

Cathy also questioned why Alvin and Rossellyn didn’t go directly to her instead of social media. She said that she only hurt him, and not his family. She was not even directing the curse words at him, but at his character in the show. “Bakit ako, bitbit lahat? Ba’t kailangan masira ako sa maraming tao? Iyon po ang hindi ko maintindihan, and kung ano man po ang dahilan niya, tama si Rossellyn sana magkatawaran kami.”

(Why do I carry all the weight? Why do I have to be destroyed in front of so many people? That’s what I don’t understand, and whatever his reasons, Rossellyn is right and I hope we can forgive each other.)

Alvin and Rossellyn played Makoy and Celia in Forevermore, a now-defunct TV series that starred Liza Soberano and Enrique Gil. According to Alvin and Rossellyn, Cathy cursed at Alvin on set, subjecting him to verbal abuse and humiliating him. On the other hand, they said, she treated the other actors with respect.