Facebook Twitter Copy URL
Copied
The biggest stars will gather again at the annual event scheduled on September 6
MANILA, Philippines – It’s the annual Star Magic Ball season once again, and this means glamorous gowns and dashing suits for the stars of ABS-CBN.

But aside from the outfits, the press and the fans are looking forward to seeing the twosomes who will walk the red carpet.

Here are some of the couples and tandems who are confirmed to walk the red carpet together on September 6 at the Makati Shangri-La Makati. People continue to guess at the status of the two, who have worked in movies such as Bride for Rent and Bakit Hindi Ka Crush Ng Crush Mo. Last year, they were each other’s dates during the ball, and this year is no exemption.

In an interview with ABS-CBN, Kim said Xian has not asked her yet this year. But a few days later, she got the surprise of her life, when Xian asked her in the most unusual matter. The two walked the Star Magic Ball red carpet together for the first time last year. The relationship, however, is not without controversy, as Gerald is the ex of Maja’s former good friend, Kim Chiu.

Last April, Kim, Maja and Gerald patched things up, with Kim saying that everything is fine with them.

Gerald, in an interview with Pep said, he sees no problem if he bumps into Kim and Xian at the event this year.

According to the announcement made by Pep.ph, Piolo has confirmed that his date for the ball will be his Hawak Kamay leading lady Iza Calzado. The two have also worked together in films such as Milan and Starting All Over Again. Bea and Zanjoe have been together since 2011, and have been each other’s dates for the Star Magic Ball. For this year’s ball. Bea is set to wear a Rosa Clara gown, while Zanjoe will wear a suit by Edwin Tan.

The couple were among the stars who recently took part in the ALS ice bucket challenge.

Alex and Joseph are currently seen in the TV show Pure Love. In an interview with Pep, Alex confirmed that she and Joseph will walk down the red carpet together.

(It took him a long time saying he wanted to ask something. And then on Tuesday, Wednesday, that’s when I gave my answer that it’s okay to go.)

Alex, however, clarfied that Joseph is not courting her.

According to the list provided by Star Magic, Alex will wear a gown by Pepsi Herrera, while Joseph will wear a Joey Samson suit. 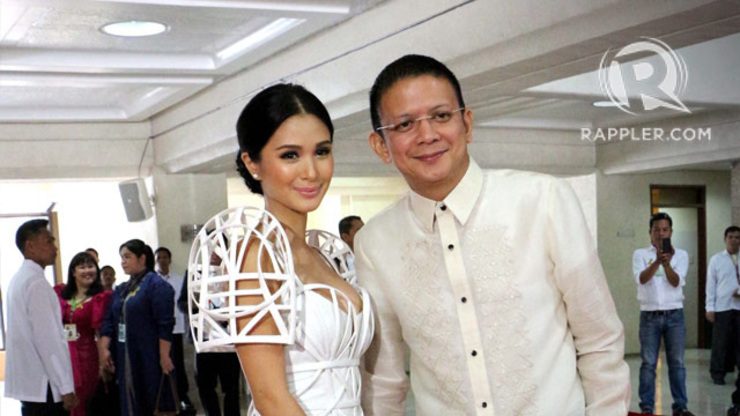 Couple of the moment and newly engaged Heart and Chiz have been confirmed to attend the ball. Aside from the engagement, the two have made headlines after it was reported that another couple’s wedding date scheduled at Balesin Island Club was bumped off to make way for their scheduled wedding.

Chiz in an interview with Inquirer confirmed that he and Heart are set to get married in Balesin on February 15, 2015.

Another non-Star Magic couple announced to go is Jolina Magdangal and husband Mark Escueta. Jolina got her career started with ABS-CBN during her younger years, and despite moving to GMA-7, is still in touch with her friends and former bosses from her former network.

Expected, but not confirmed

Aside from the couples above wo are confirmed to attend, we’re also excited to see others who might just make an appearance together. Known as KathNiel to their fans, the two have been walking down the red carpet together for the past two years. After starring in the teleserye Got To Believe, the two did the movie She’s Dating The Gangster, which was a major hit at the box office. The two are currently preparing for a new show. They originally walked the red carpet separately two years ago, but last year, Angelica and John Lloyd were finally photographed together as a couple. Prior to getting together, Angelica was in a relationship with actor Derek Ramsay, and John Lloyd was with Shaina Magdayao. Husband and wife Oyo Sotto and Kristine Hermosa first walked the carpet as dates in 2009.  Last year, they came together after Kristine gave birth to their daughter. The actress is expecting another baby this year.
Which couples are you excited to see at the red carpet this Saturday? Let us know below in the comments.  – Rappler.com