‘On the Wings of Love’ is coming to Netflix in January 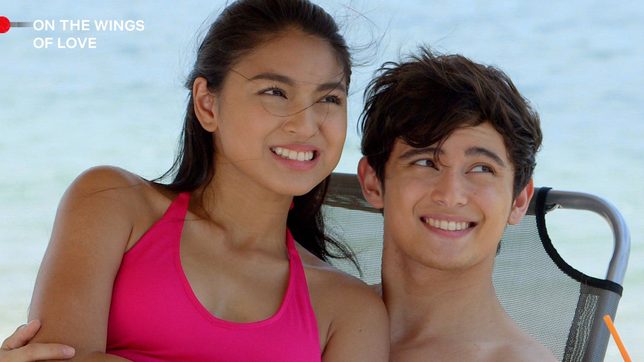 ON THE WINGS OF LOVE. James Reid and Nadine Lustre star in the rom-com series directed by Antoinette Jadaone.

MANILA, Philippines – Heads up, JaDine fans! “Team Real” is coming back as ABS-CBN’s hit romantic comedy series On The Wings of Love will soon be streamed on Netflix.

Directed by Antoinette Jadaone, the series follows the story of Leah Olivar (played by Nadine Lustre) who is racing to chase her American dream in the United States before her tourist visa expires. She is then forced to marry Clark Medina (James Reid), a Fil-Am who has lived in the US for 11 years, in order for her to legally stay and work in the US.

The original show, which ran from August 2015 to February 16, saw ratings climb. Its finale was celebrated with a live viewing party at the Ynares Center in Antipolo.

On The Wings of Love, which also stars Cherry Pie Picache, Joel Torre, Nanette Inventor, and Isay Alvarez, will be available on Netflix starting January 24, 2022.

A “reimagined version” of the series was also made available on MYX Global since January 2021, where the original 145 episodes had been cut into a snappy 24 episodes. It also features new music by Jayda, Morisette, Alex Gonzaga, and KidWolf. – Rappler.com