PROTEST ART. Nikki Luna's 'Dancing with a dictator' is just one of the art pieces that shed light on the grim legacy of the late dictator Ferdinand Marcos' Martial Law.

Facebook Twitter Copy URL
Copied
From strategically-edited photographs to stark art installations, these pieces of visual art aim to depict the truth about the Marcos dictatorship

MANILA, Philippines – Over the decades, the Martial Law era has become clouded in disinformation, with a proliferation of false reports perfuming the bloody legacy of dictator Ferdinand Marcos.

As the Marcos propaganda machinery rewrote history decades after Martial Law, there were people who stood up to it, fighting disinformation with memory. Among those people were Filipino artists, who enveloped the dark truth of the Martial Law era within works of art.

From strategically-edited photographs to art installations, these are just some of the pieces of visual art that keep the memory of Martial Law alive, decades after:

This series of digitally-manipulated images removes the slogans from archival photos of protests in the period immediately before Marcos declared Martial Law in 1972. In erasing the slogans, the series demonstrates the heavy censorship and restriction of freedom of speech that took place in the decade that followed the protests.

Erased Slogans is currently on view at the Ateneo Art Gallery’s Ligalig: Art in a time of Threat and Turmoil, an exhibit featuring works that depict the political unrest during the Martial Law era.

Dancing with a dictator by Nikki Luna

This work features 26 pieces of wood carved to look identical to Imelda Marcos’ left crystal-encrusted shoe from 1965. It is accompanied by a video in which one of the wooden shoes is burnt. The work calls attention to how a system continues to fail the victims of Martial Law and how the oppressors continue to live lavish lives, dancing free.

Fear of Freedom Makes Us See Ghosts by Pio Abad 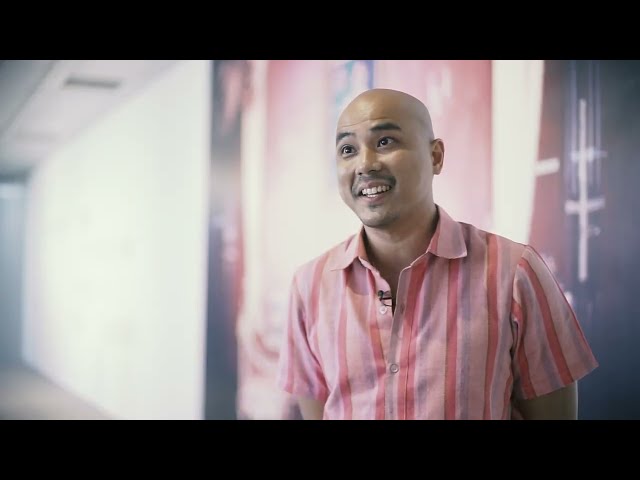 In the artist’s own words, the exhibit “traces the toxic legacy of the Marcos Dictatorship through the objects that they amassed, through the fictions that they’ve spread, and through the lives of the people that endured their dark regime.” The exhibit includes The Collection of Jane Ryan and William Saunders – a collaborative installation by the artist and his wife, designer Frances Wadsworth Jones, which features 3D prints of jewelry acquired by Marcos and his wife, Imelda. It also includes Slime and Gene, a series of 14 paintings, each dedicated to those who dedicated their lives to fight against the dictatorship.

The exhibit is currently on view at the Ateneo Art Gallery.

Ang Kabalintunaan ng ’70 by We the Future PH

This project depicts the dictator’s so-called “edifice complex” by showing maps of the buildings and structures built under the Marcos regime, with violent images outlined in red superimposed on top. The maps also include data on economic and human costs of each structure.

The piece was originally installed at the Liwasang Bonifacio in September 2021, but it can also be viewed as part of the Super Duper Secret Art Show, an online art show featuring works that talk about Martial Law.

Made by the freehand drawing class students of artist RM de Leon at the College of St. Benilde, the exhibit was put up as a response to a statement made by former Marcos defense minister Juan Ponce Enrile in 2018 wherein he said, “Name me one person that was arrested simply because he criticized President Marcos. None.”

The series features portraits of Martial Law victims – some drawn by artists who were sketching for the first time – in an effort to honor their memory in the face of Enrile’s erasure.

These are only some of many paintings, installations, and even songs, plays, and films that aim to keep the truth of the Martial Law era alive in the face of a powerful rehabilitation campaign by the late dictator’s family.

As the country prepares to swear in the dictator’s son Ferdinand “Bongbong” Marcos Jr. as its new president, this art and those like it have never been more important. – Rappler.com

Marcos hands-off in fight for next Senate president | Evening wRap

#CheckThisOut: Affordable watercolor supplies to help you get started on painting