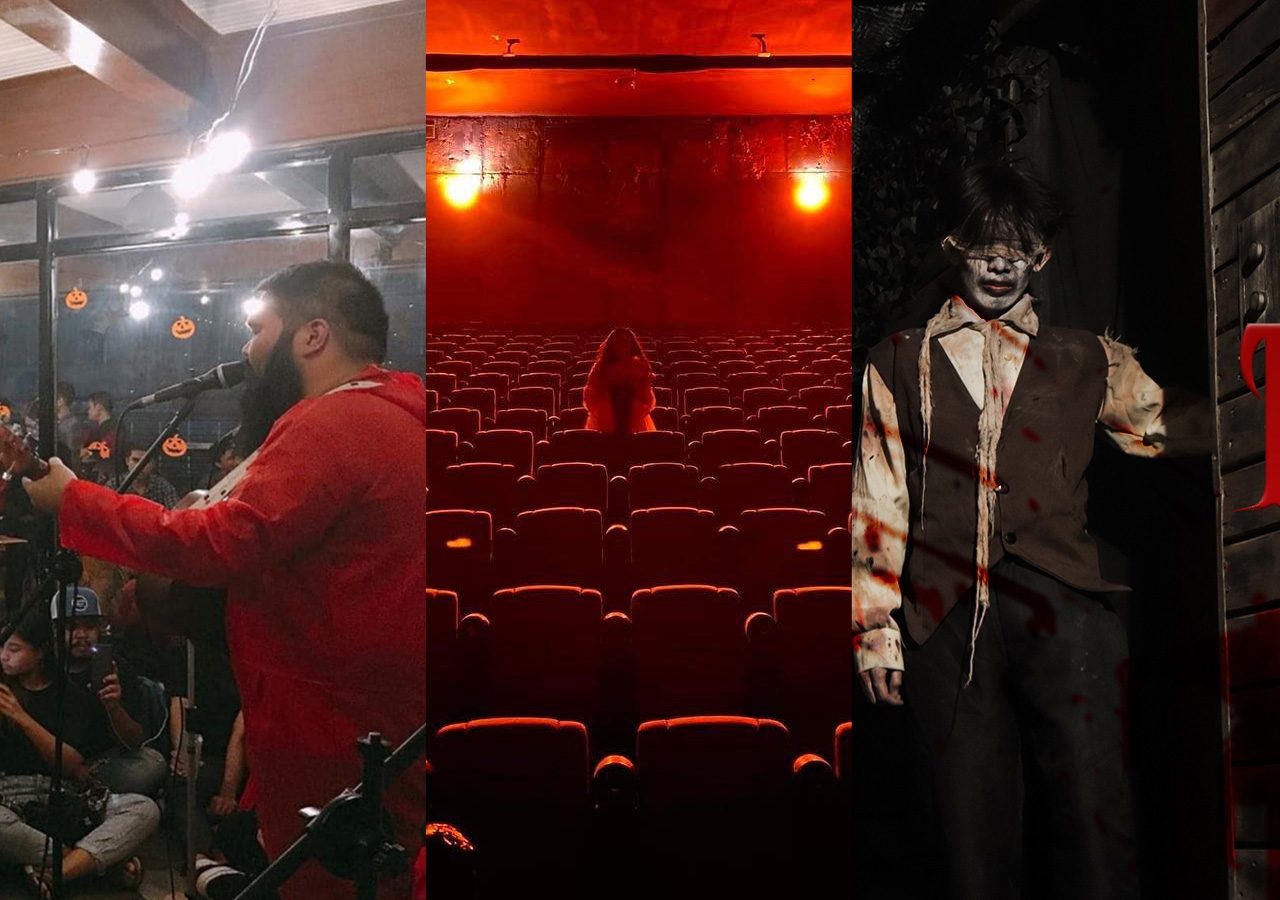 MANILA, Philippines – As Halloween draws closer, local establishments in Metro Manila are gearing up to celebrate all things frightful with in-person Halloween events after years in lockdown. Whether you’re looking for cheap scares, a mischievous taste of the nightlife, or just a good excuse to dress up, here are some places and happenings in the area for a spook-tacular time!

Mystery Manila: Terror in the Theater

It’s time to put all your true crime knowledge to good use! Get solving because popular escape room company Mystery Manila is holding a limited-time event called Terror in the Theater, in partnership with Uptown Mall, BGC.

In this game, players are tasked to solve the grisly murder of famous actress Samantha Scarlet, whose ghost now haunts the theater where she died in search of her killer. You’ll actually be solving inside one of Uptown Mall’s movie theaters!

For those unfamiliar with the concept of escape rooms, they are (typically) in-person activities meant to challenge guests by subjecting them to a series of puzzles and challenges in order to escape or complete games of varying themes. They’re often done in groups and are meant to test logic and team-building skills, among other things.

This event is located on the 3rd floor of Uptown Mall, Cinema 3, and will be available from October 28 to December 31. The event will cost P500 per head and is expected to last around 30 to 45 minutes. Mystery Manila accepts walk-ins, however it’s best to book online ahead of time.

A massive street party will occur along the roads of Poblacion this Halloween, October 31! Hosted by Z Hostel, Ready Poblacion One: A Z Street Halloween Special promises a fun-filled night rife with live musical performances, good food, and of course, booze.

In line with this year’s theme of virtual reality, attendees are encouraged to dress as their favorite video game characters or virtual avatars. Costumed guests will also get a chance to win special prizes.

The party will be along Don Pedro and Alfonso streets of Poblacion, Makati. Apart from this, the following venues will also participate in the event: Z Hostel, The Green Door, The Apartment, Kampai, Ebi 10, Spirits Library, Buccaneers, Alamat, Japonesa, Keepers, Only Pans, Mahalo, Tiabuela, Wantusawa, UNWND, and Mamserr.

For shrieks and chills, Nightmares Manila has got you covered. Consisting of four escape rooms, two haunted houses, a zombie paintball course, and a cafe, this bundled attraction is hell-bent on sending shivers down your spine one way or another. 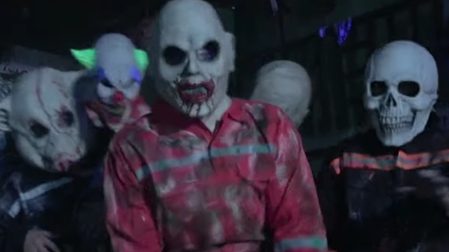 This season, Nightmares is also hosting a trick or treat event from October 28-31. You’ll have to purchase a haunted house or escape room ticket to join, which can be done either online or through their ticket booth. Guests are also encouraged to wear a Halloween costume throughout the duration of the event to win prizes.

Nightmares is located on Dr. A. Santos Ave., Parañaque and is open from 4 pm -12 am. Ticket prices vary depending on the attraction.

Maybe skip on the jump scares and jam out to chill music instead? Dabbling in the alternative/indie music scene, Maginhawa cafe Jess & Pat’s is holding a Halloween party on Saturday, October 29 at 5 pm. The event will feature live performances by Autotelic, Ang Bandang Shirley, and The Ridleys.

To enter, you’ll need to pay a P500 door charge. There’s a P50 discount for attendees that come in-costume during the event.

With performances from legendary local artists such as Bamboo, Gloc-9, Mayonnaise, and ShantiDope, Halloween Howlers is guaranteed to include hauntingly good performances that will leave you spellbound!

Apart from the live music, the event will also include a haunted house, BMX and skateboard competitions, and hip-hop dance competitions.

Halloween Howlers will be held in Circuit Makati on October 31 from 3 pm to 1 am. General admission tickets cost P1,500 but are subject to promos and sales. Tickets can be purchased online through SM Tickets or VamosPH.

Dance until you drop with electrifying K-pop performances at Hallyuween! Hallyuween is the first-ever K-pop Halloween party in the Philippines, and will feature performances by icons such as CL, Epik High, GAHO, and KARD. The event will also feature various Korean-themed activities including game booths, fanclub booths, photobooths, silent auctions for K-pop memorabilia, and even a haunted tunnel.

Hallyuween will be held at the SM Mall of Asia Arena on Saturday, October 29. Ticket prices start at P2,650 and can be purchased through the SM Tickets site. – Manolo Soliven/Rappler.com