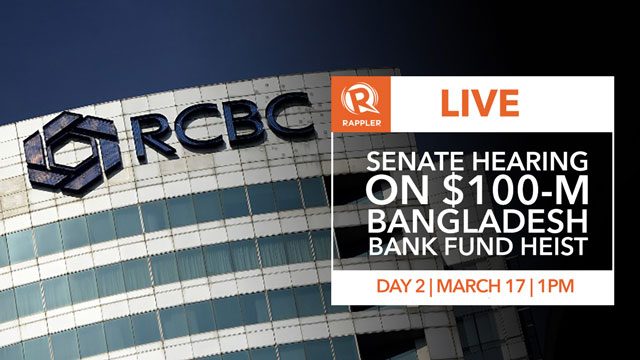 MANILA, Philippines – The Philippine Senate held the second day of its investigation on the Bangladesh bank heist.

Bangladesh officials say hackers tried to steal around $1 billion and managed to get away with $81 million, then transferred it from the Federal Reserve Bank of New York to the Philippines.

Deguito had declined to respond to questions as she is among those that the AMLC has charged with money laundering in connection with the bank heist. Deguito revealed all she knows about the incident in an executive session Thursday, which she has requested.