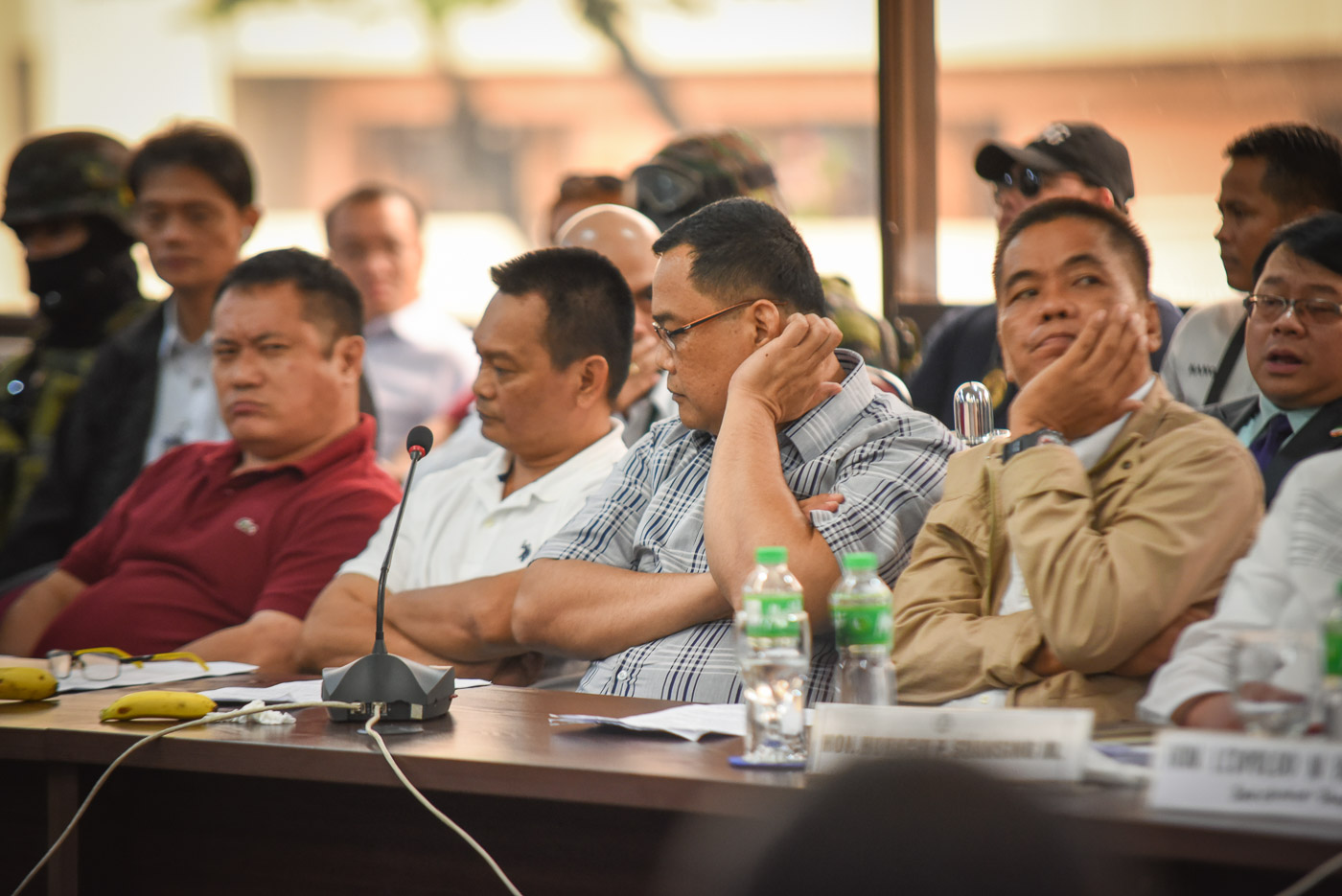 MANILA, Philippines – At least 5 convicts detained at the New Bilibid Prison (NBP) on Wednesday, September 21, accused Senator Leila de Lima of raising funds for her senatorial bid through the sale of illegal drugs.

The allegations were made during the continuation of the House of Representatives’ probe into allegations that De Lima, former justice secretary, coddled and benefitted from Bilibid inmates who continued leading illegal drugs operations from inside the high-security prison.

The allegations against De Lima are not new. On Tuesday, during the first day of the House of Representatives’ probe, Bilibid inmates and officials of the National Bureau of Investigation (NBI) said that De Lima was collecting millions from the spread of illegal drugs inside the prison itself. The funds were supposedly intended for her “plans” or her senatorial bid.

De Lima has denied these allegations, labelling the House probe a “sham” even before it began. De Lima, among the fiercest critics of President Rodrigo Duterte, claims the legislative probe by her colleagues in Congress are meant to discredit her.

De Lima used to lead a Senate probe into the apparent rise of killings linked to the ongoing “war on drugs.” She was later stripped of her chairmanship of the Senate Committee on Justice and Human Rights. Duterte’s PDP-Laban heads the majority coalitions in both houses of Congress.

Martinez said that in 2012, his group decided to build a multi-purpose prison inside the prison so he asked for the help of Jaybee Sebastian, head of the Sigue-Sigue Commando Group. Based on the testimony of Bilibid convicts, Sebastian was among the most powerful inmates inside the prison.

“[Sebastian] helped me make sure the project would be approved by the Office of the Superintendent. But that debt of mine would complicate my life later on,” Martinez read from an affidavit signed on September 9. Martinez is asking that he be moved from Building 14 in Bilibid, where he is current detained, to another area for his protection.

In 2013, Sebastian supposedly approached him because “Secretary Leila de Lima was going to his office that afternoon.” Martinez claimed that leaders of different gangs were present during the meeting with De Lima inside Bilibid.

A month later, Martinez said he was summoned by Sebastian again. This time, it was supposedly to “raise huge funds” for De Lima’s plan to run for senator in 2014.

“Because of this, [Sebastian] told me that we needed to centralize the sale of drugs inside Bilibid and all gang leaders should organize as a show of help. In exchange, [Sebastian] said, was our protection and special treatment,” said Martinez. The remittances – from the sale of illegal drugs inside and outside the prison – started right after

Upon interpellation, however, Martinez said he could not remember the account name and account number that he remitted to.

Pacho said that he, too, was forced to peddle illegal drugs to raise funds for De Lima.

Martinez claimed that sometimes, De Lima herself would visit Sebastian inside his “kubol” or individual housing units. Other times, her “driver” Junel (spelled Joenel in other affidavits) Sanchez, would collect the money. Sanchez, a member of the Presidential Security Group (PSG) assigned to De Lima then, is now being investigated by his mother unit.

Sebastian, whom the justice department first invited as a witness against De Lima, was supposedly spared from a high-profile 2014 raid on the Maximum Security Compound so he could monopolize illegal drug operations inside Bilibid. Other inmates, of the “Bilibid 19,” meanwhile, stayed inside the National Bureau of Investigation for over 8 months.