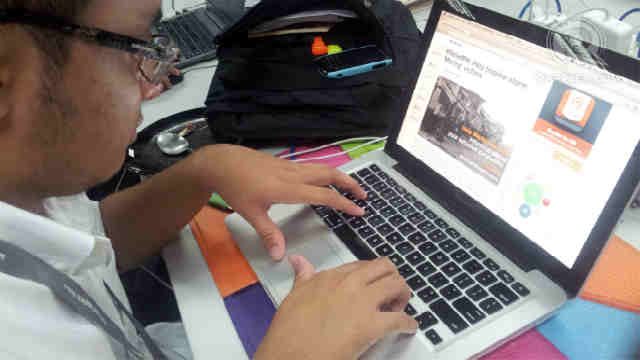 Facebook Twitter Copy URL
Copied
The proposed measure seeks to expand the coverage of the Shield Law to include radio, TV, and legitimate online news organizations

MANILA, Philippines – The Senate committee on public information and mass media has approved the proposed bills seeking to include legitimate online and broadcast journalists in the list of media practitioners who cannot be compelled to reveal their news sources.

The measures seek to amend the 70-year old Republic Act No 53 or the Shield Law, which protects only print journalists from divulging news sources, except in cases involving national security as determined by courts or any congressional panel.

Senator Grace Poe, committee chair, said that with the growth of technology, there is a need to also protect broadcast and online journalists.

“The existing law is silent about journalists from broadcast stations and online media since e-journalism was then a pipe dream when RA 53 and its amendatory law, RA 1477 of 1956, were enacted. It is high time that lawmakers update the 70-year-old law amid developments in the practice of the profession and in the spirit of the constitutional provision of upholding the freedom of the press,” said the senator.

The National Press Club, the Philippine Press Institute, the Department of Information and Communications Technology (DICT), and the Office of the Solicitor General posed no objections to the proposed bills.

“I can pose no objection, only concurrence. It is imperative mapangalagaan yung ating source sa media (to protect our media sources),” said PPI president Alfonso Pedroche.

The DICT, for its part, only requested that web masters and content contributors be included as beneficiaries of the bill.

DICT Assistant Secretary John Henry Naga and Sotto both proposed that only legitimate online news sources be protected. Legitimate organizations, they said, are those registered with the Securities and Exchange Commission or the NPC. This means bloggers and other social media users would not be covered by the proposed measure.

The issue came up when Senator Risa Hontiveros, a frequent victim of anonymous news sites, asked about the solution to the proliferation of these fake sites. (READ: Fake accounts, manufactured reality on social media)

“If you’re not registered, you are not a legitimate journalist or practitioner. Katulad ng Rappler, kasama ‘yan (Rappler is included). Rappler is registered,” Sotto said.

“As what Senator Sotto said, the online electronic media mass media must be registered in some form of government registration, for example SEC regulation, to be covered by the law. Otherwise, they will be denied,” DICT’s Naga said.

Poe, for her part, said revising the old law goes hand-in-hand with the Freedom of Information bill, adding the media play a critical role in dissemination of information.

“Press freedom is regarded as the backbone of democracy. The role that the Fourth Estate plays as watchdog of the government is important in establishing a healthy democracy and accomplishing a system of checks and balances,” she said

Poe assured the bill would be approved by yearend. The House, she said, already approved the counterpart bill. – Rappler.com