Duterte on Marcos burial: I knew nothing 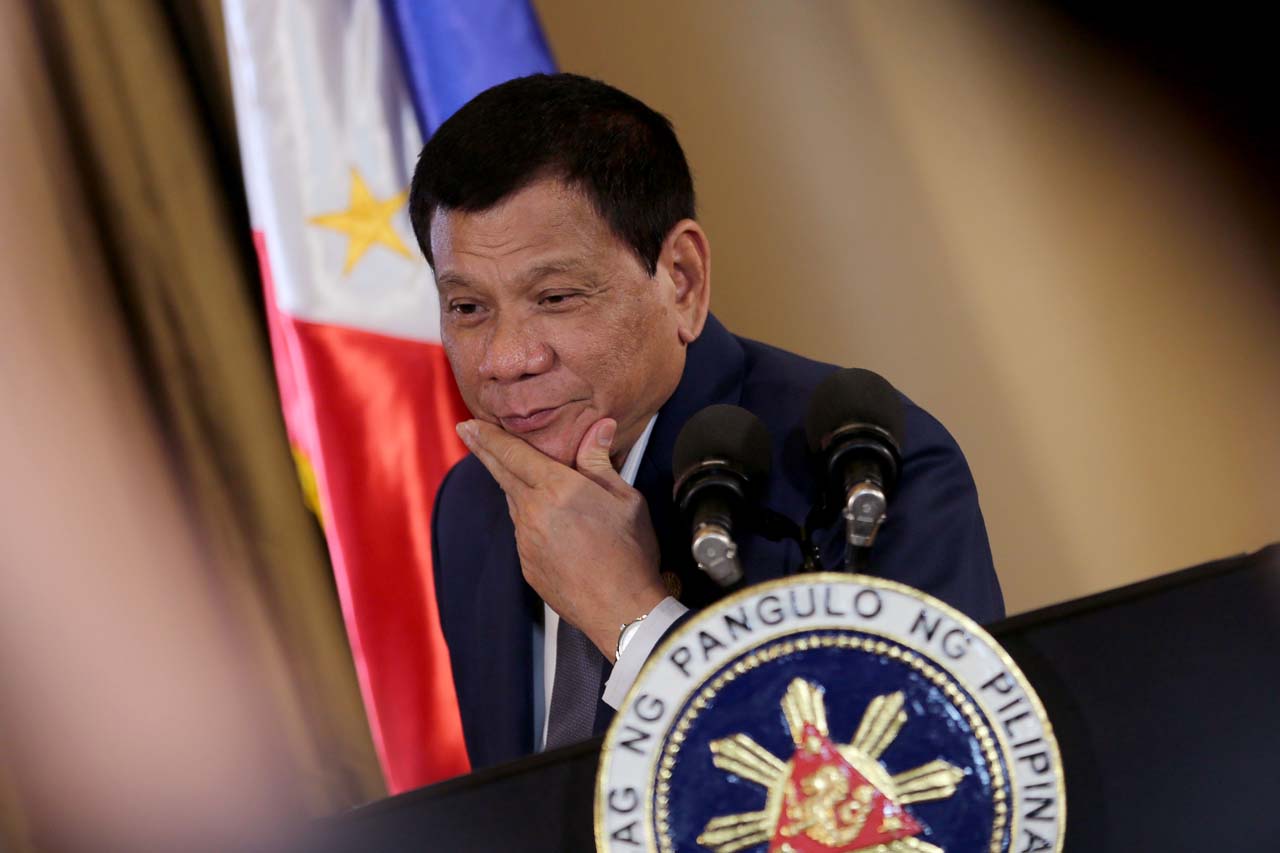 MANILA, Philippines – President Rodrigo Duterte himself claims he did not know the remains of the late dictator Ferdinand Marcos would be buried at the Libingan ng mga Bayani last Friday, November 18.

“In all honesty, I’m telling you: wala akong alam. Nagtanong lang sila when would be the appropriate time for me. Sabi ko, ‘Bahala kayo.’ And wala ako, wala, wala,” Duterte said during a press conference on Monday, November 21, in Lima, Peru.

(In all honesty, I’m telling you: I knew nothing. They were asking me when would be the appropriate time for me. I said, “It’s up to you.” I had no idea.)

Last Friday, a shocked nation witnessed the burial of the late dictator just an hour after media reported that it was going to happen.

The police and military themselves said they only knew about the specific plans the day before, but kept it a secret at the request of the Marcos family. (READ: Behind the scenes: 12 hours to prepare for Marcos burial)

Duterte, who was on a flight to Peru when the burial took place, said he never bothered to ask the Marcos family about the specific date of the planned interment.

“Hindi rin ako nagtatanong at bakit ako magtanong? (I did not ask because why will I ask?) I allowed it already so what’s it to me? What would I get if I had known in advance whether he will be there for the interment on that day?” said the President.

Even Defense Secretary Delfin Lorenzana claimed he did not know about the burial date. His department has jurisdiction over the Armed Forces of the Philippines (AFP), which oversees the Libingan ng mga Bayani.

‘Live with your grief’

Duterte repeated his earlier defense of his decision to give a hero’s burial to Marcos: that he was merely following the law.

But he agreed with anti-Marcos protesters in saying the late dictator was no hero.

“Maraming pros and cons (There are many pros and cons) but there are two outstanding [roles he had]: soldier and a president. But he was not a hero. That’s a word against their word,” Duterte said.

The President added that those who cannot forgive the Marcoses will just have to live with their pain.

“There was really a deep wound somewhere in the country. But for those who cannot really forgive, ‘yun ang mahirap (there’s the difficulty). You just have to live with your grief and that grief is hate,” he said.

Leaders of leftist groups filed a petition for contempt against the Marcos family, the AFP, and the Department of National Defense on Monday for proceeding with the burial when the Supreme Court (SC) decision on the matter is not yet final and executory.

Albay Representative Edcel Lagman, another petitioner in the original case, also filed an urgent motion, asking the High Court to have Marcos’ remains exhumed from the Libingan ng mga Bayani. He also asked the SC to subject the remains to forensic examination to determine if they were indeed Marcos’ – the late dictator’s body supposedly having been preserved with wax for decades in his hometown of Batac, Ilocos Norte.

Duterte first made his promise to allow Marcos’ burial during a campaign sortie in February in Ilocos Norte. – Rappler.com