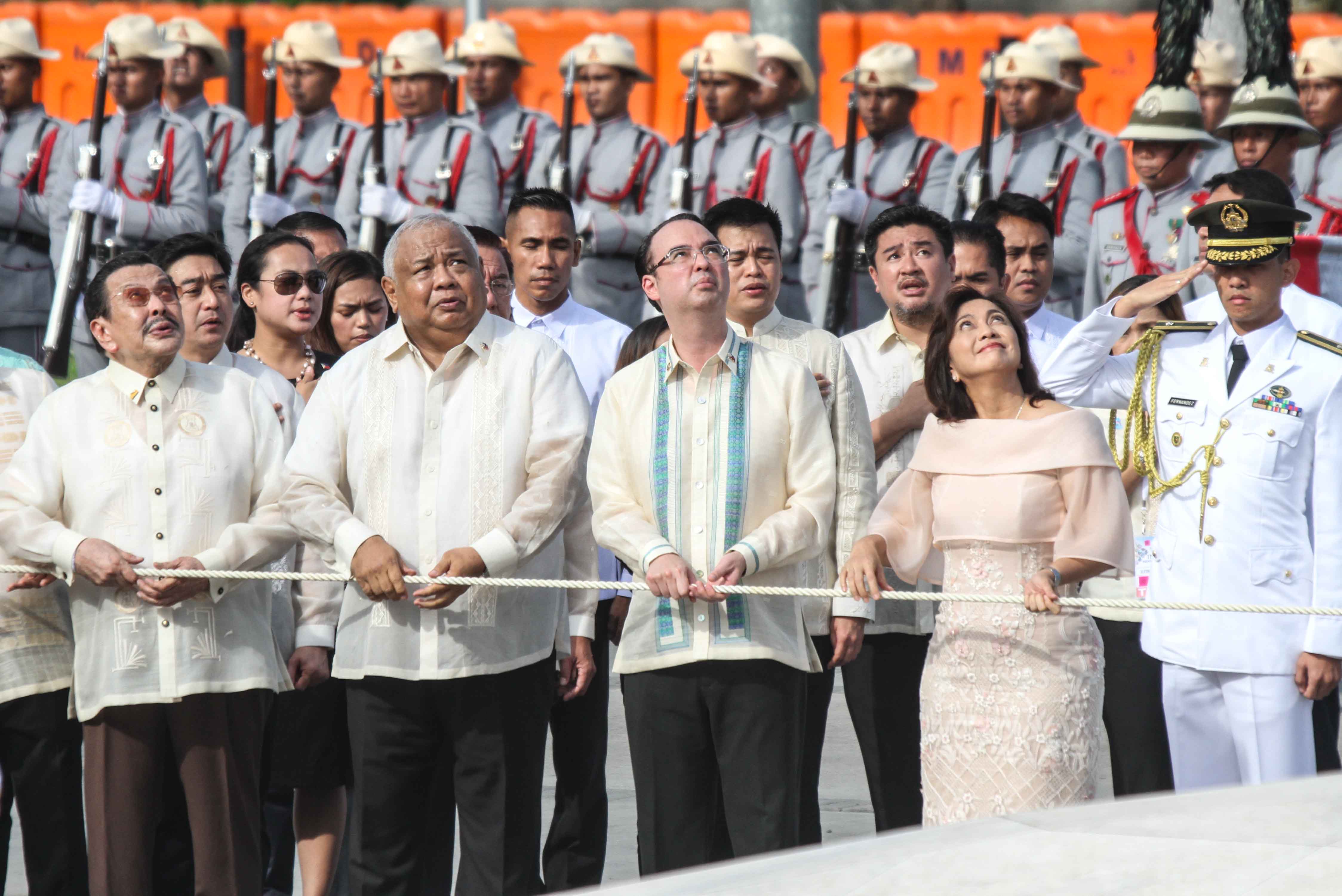 Prior to the start of the event, Presidential Spokesman Ernesto Abella approached media to announce Duterte will not be able to attend. He did not give a reason for this and declined questions from the media.

“He won’t be able to come this morning… He did not give any reason why,” said Abella in Filipino.

This is not the first time Duterte has skipped Independence Day commemoration events as a government official. Last year, as president-elect and Davao City mayor, he did not attend the city’s Independence Day event. It was the same case the year before, in 2015.

While Abella surmised that Duterte skipped the ceremony to attend to some pressing matters, Cayetano said he was told the President was not feeling well.

“It’s just that he’s not feeling well. Puyat na puyat at pagod (He’s tired from staying up late), nothing to worry about,” Cayetano said during a chance interview after the ceremony.

The previous day, Sunday, June 11, Duterte flew to Cagayan de Oro City to visit soldiers wounded from clashes in Marawi City. From there, he flew to the Villamor Air Base in Pasay City for the arrival of the remains of 8 Marines killed in the Marawi clashes.

Cayetano knew as early as 5:30 am that Duterte was not attending the Independence Day ceremony.

“I received a call 5:30 this morning and I talked to his people and inquired, they said, ‘No problem, he’s okay but tired and doesn’t feel that well, so better to rest,'” he said.

From Cayetano’s version of events, it seems Duterte was not able to get up from bed on time for the early morning event.

“Hindi siya nagpilit magising kasi napakahirap, 2 to 3 oras lang tulog mo (He didn’t force himself to wake up because it must be hard if you only slept for 2 to 3 hours),” said Cayetano.

Duterte was supposed to arrive at 8 am to offer a wreath at the Rizal Monument and lead the raising of the Philippine flag.

Instead, the public watched as Robredo and Cayetano, former rivals in the 2016 vice-presidential race, marched side by side in front of the Rizal Monument to offer a wreath to the country’s heroes.

Also present at the ceremony were members of the diplomatic corps, including United States Ambassador Sung Kim and Russian Ambassador Igor Khovaev.