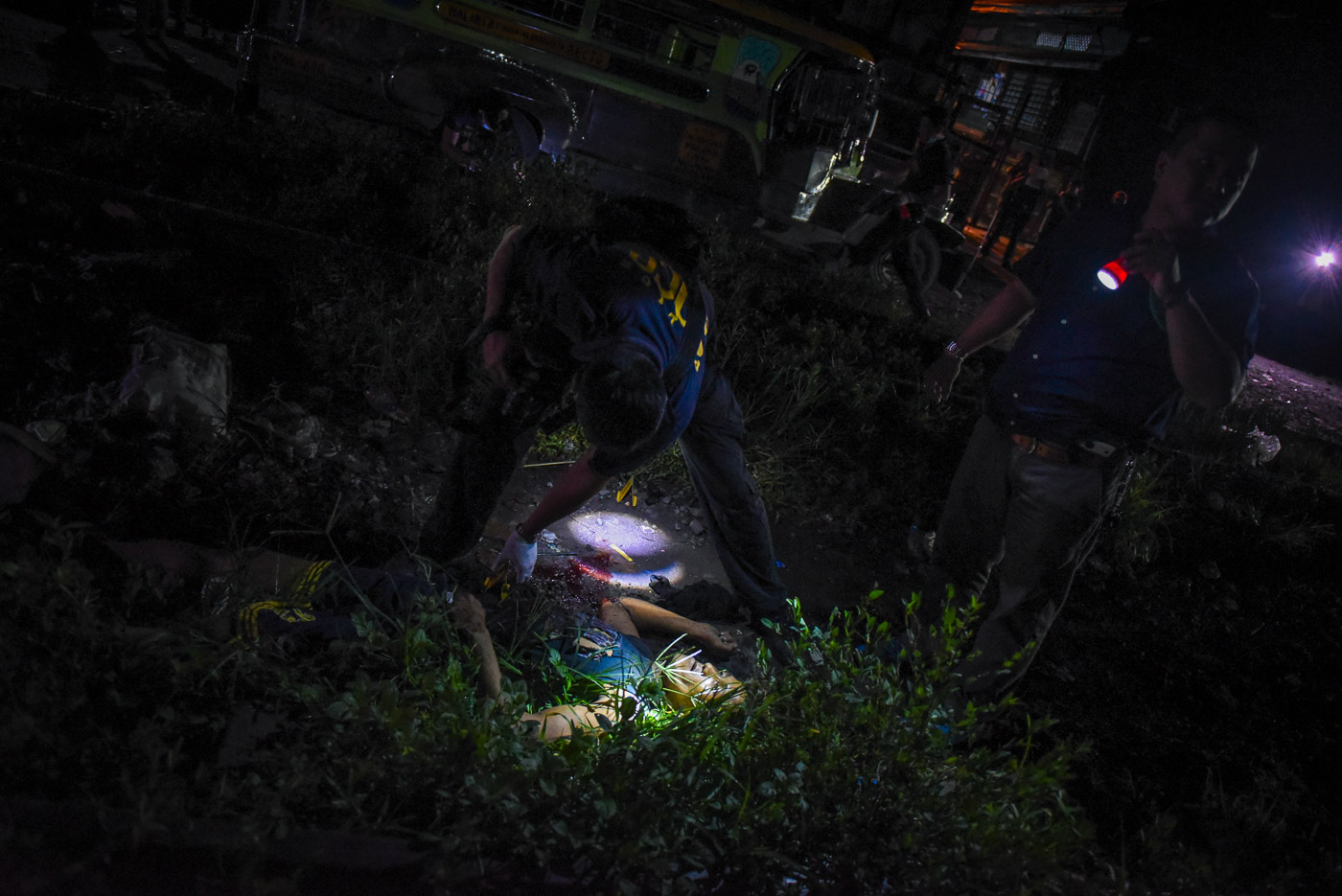 MANILA, Philippines (2nd UPDATE) – Following the orders of President Rodrigo Duterte, the Philippine National Police (PNP) has detached itself from the landmark war on drugs on Thursday, October 12.

In an order read to reporters, PNP Directorate for Operations Director Camilo Cascolan said: “Everybody is directed to adhere to this Presidential Directive (October 10 Memorandum Circular), effective immediately. Violators shall be dealt with accordingly.”

Asked if this means Oplan Double Barrel is suspended,  PNP Deputy Spokesperson Superintendent Chai Madrid said yes. This was also confirmed to Rappler in a phone interview with Cascolan.

President Duterte ordered all agencies to leave all drug operations to the Philippine Drug Enforcement Agency (PDEA) in the wake of a drop in trust and satisfaction ratings attributed to the popular but bloody drug war.

Echoing Duterte’s order, Madrid said the police force will now be limited to intelligence gathering, the information from which will be relayed to the PDEA.

In a message to PNP regional directors nationwide, Cascolan ordered all police stations, from regional down to area stations to dissolve their drug enforcement units (DEUs).

These are the units that plan and lead anti-illegal drugs operations, and prior to going to the field, coordinate with the PDEA.

There won’t be any officers losing their jobs, he said.

According to Cascolan, DEU cops can work as intelligence operatives “responsible for detection, prevention, and solution of street crimes.” This includes drug use and transactions.

With the DEUs dissolved, Cascolan said that only station commanders and intelligence officers can coordinate from now on with PDEA.

At the top, the PNP Drug Enforcement Group (DEG) stays, with its responsibility eroded from heading the drug war to merely “intelligence consolidation and gathering.”

Whatever the DEG finds, Cascolan said, they should immediately forward it to the PDEA.

Oplan Double Barrel is the PNP’s flagship project in the administration’s war against drugs.

It consists of Oplan High-Value Target which goes after the “big fish” drug sellers, and Oplan TokHang which aims for the surrender of small-time drug dealers.

From all drug operations, the PNP has gathered 2,465 kilograms of methamphetamine worth P12.7 billion.

The achievement came with a high price, with at least 85 cops and soldiers getting killed in operations, and at least 3,800 drug suspects killed for supposedly fighting back.

According to PNP spokesperson Chief Superintendent Dionardo Carlos, they will now focus on “other crimes”, including riding-in-tandem shootings, which top cop Director General Ronald dela Rosa hinted as their new target.

This is the second time that the PNP suspended Double Barrel, the first time being after South Korean Jee Ick Joo was killed inside Camp Crame, with cops accused of the crime.

The project was suspended to give way for their “internal cleansing”, targeting scalawag cops.

The suspension was short-lived however, lasting only from January 30 to March 6 2017. It was relaunched, or “reloaded” as the PNP called it, with a promise that it would be less bloody.

The months that followed, however, showed that the killings stayed, marked by teen killings in Caloocan City.

Back then, Duterte had already announced that he had plans to have PDEA truly lead drug operations, as mandated by the Dangerous Drugs Act.

It has only finally been realized. – Rappler.com