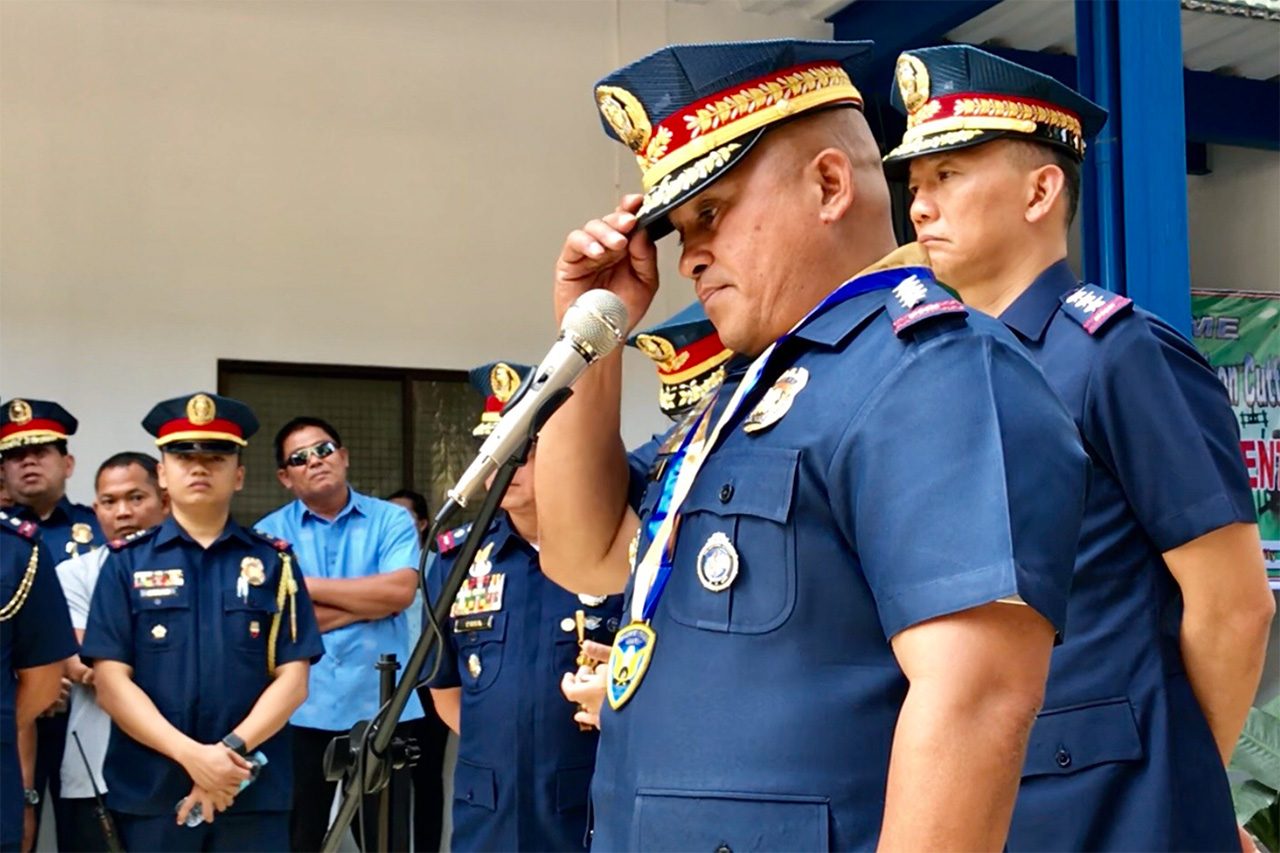 Facebook Twitter Copy URL
Copied
This is a change of tune for Philippine National Police chief Ronald dela Rosa, who earlier slammed the Department of Justice panel and called on them to use their 'conscience'

MANILA, Philippines – After slamming Department of Justice (DOJ) prosecutors, the Philippine National Police (PNP) admitted it filed weak evidence that led to the dismissal of drug and conspiracy charges against Peter Lim, Kerwin Espinosa, and their accomplices.

The charges against alleged high-profile drug personalities were prepared by the PNP’s Criminal Investigation and Detection Group (CIDG), the police unit tasked to handle high-profile cases.

This is a change of tune for the top cop, as just 3 days ago, a dismayed Dela Rosa called on the DOJ panel to use their “conscience” after they dismissed charges against Espinosa and Lim.

What the PNP complaint lacked: The DOJ panel dismissed the PNP’s complaint as it relied too much on the testimony of lone witness Marcelo Adorco, an alleged aide of Espinosa.

The PNP branded Adorco as a witness with “direct involvement.” The DOJ panel, however, found him unreliable as his affidavits gave differing accounts on what years he had met with Lim and Espinosa, and the amount of shabu they had exchanged.

The PNP also failed to include Espinosa’s Senate testimony where he admitted links to the country’s drug trade.

The PNP’s CIDG just attached news clippings of his confession, not the official transcript and recordings of the Senate committee hearing in November 2016.

The conflict: Prosecutors of the dismissing panel, Aristotle Reyes and Michael Humarang, have repeatedly said it isn’t their job to look for evidence for the prosecution.

CIDG chief Director Roel Obusan countered them in an earlier press conference, stressing that Reyes and Humarang could have asked for more evidence, instead of dismissing the PNP’s complaint outright.

The dismissal notice apparently only reached Camp Crame on February 7 – two months after the panel had decided to dismiss the case.

The panel ruling was also not announced to the media. Judiciary reporters had to get the dismissal notice from a source on March 12. – Rappler.com