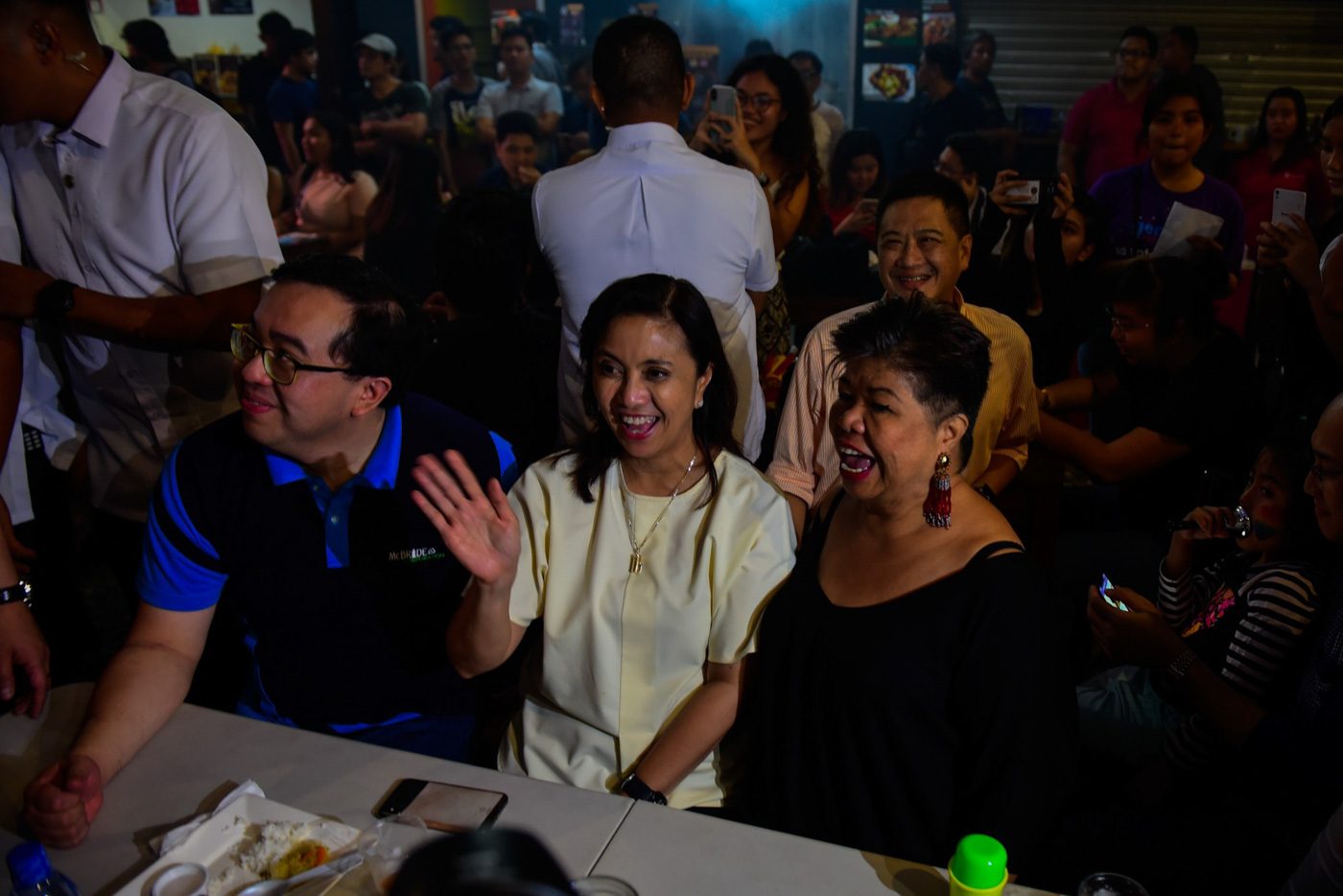 The music and spoken word event was the first opposition-led gathering the Vice President attended after she publicly said she would lead and unite the opposition on July 10.

Robredo is against the shift to federalism, calling charter change “untimely” following the rising prices of goods and recent spate of killings in the country.

Attendees cheered and clapped their hands upon Robredo’s arrival at 7:48 pm. The opposition members even rang bells to show their “batingaw laban sa ngawngaw (bells against the noise)” of President Rodrigo Duterte. 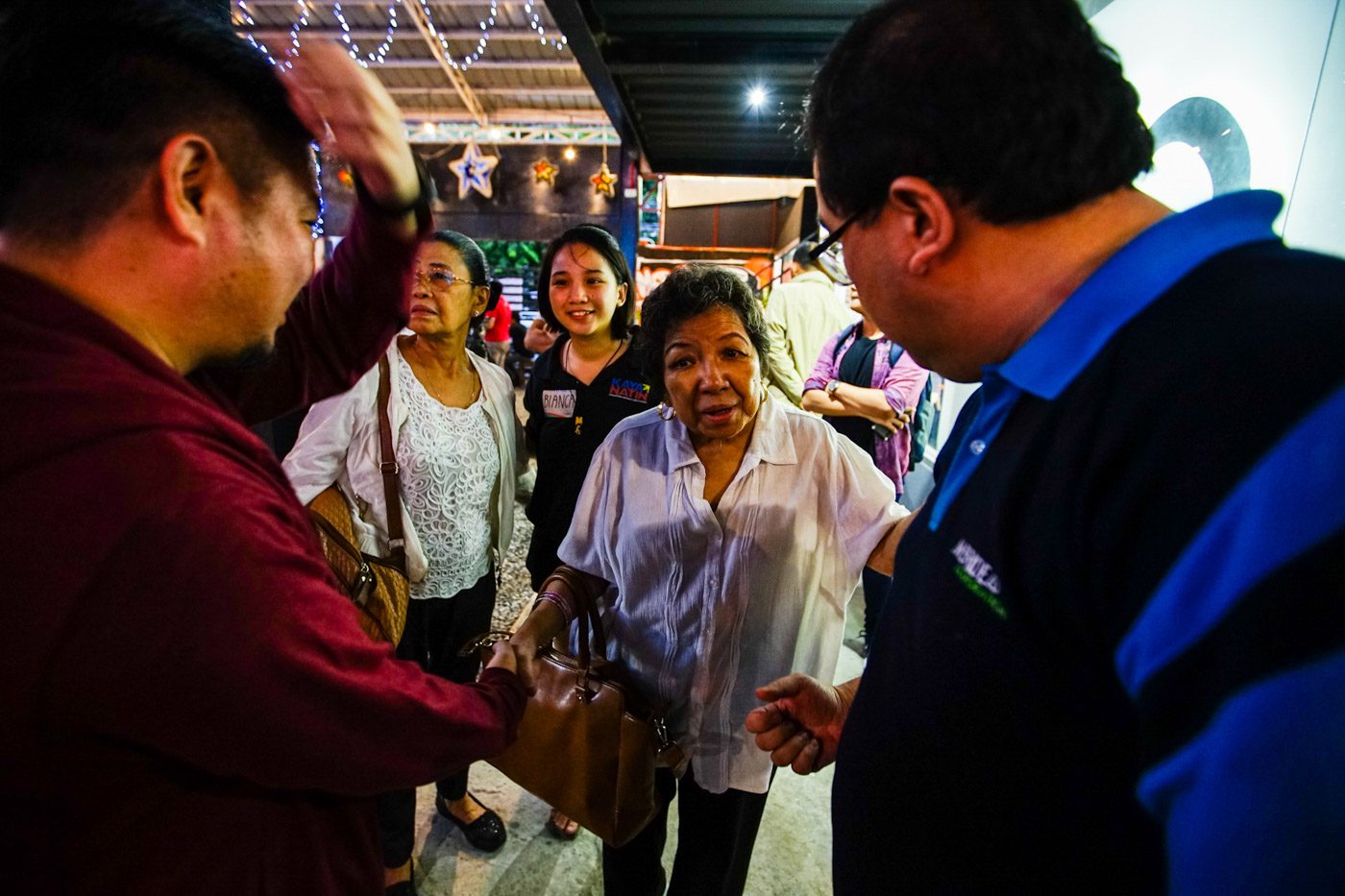 Robredo’s daughters, Aika and Tricia, briefly passed by the event, but left before their mother arrived. Trillanes and Rosales told Rappler Robredo’s acceptance of the opposition leader role is a “morale boost” for all people who are critical of President Rodrigo Duterte’s administration.

The Vice President, however, did not grant any media interviews on Friday. The event was organizaed by the Kaya Natin! Youth in partnership with other organizations.