Regent Foods: We won’t be cowed by Vico’s ‘threats’ 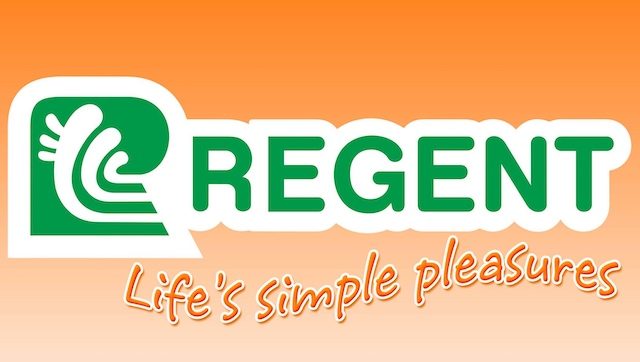 Facebook Twitter Copy URL
Copied
'The Mayor’s mind is already made up on an unjust quid pro quo,' says the snack manufacturer as it refuses to heed Pasig City Mayor Vico Sotto's call to drop charges against some striking workers

MANILA, Philippines – Regent Foods Corporation on Tuesday, November 19, said it would not be cowed by the “threats” of Pasig City Mayor Vico Sotto in relation to the arrest of some of RFC’s striking workers.

RFC issued the statement in response to Sotto’s Facebook post on Saturday, November 17, where he defended the workers and revealed RFC’s refusal to heed his plea to drop the charges against the workers for humanitarian reasons.

“RFC believes there is nothing wrong in trusting the justice system. Otherwise, RFC would practically be encouraging civil disobedience, lawlessness, and illegal use of force. RFC still maintains its position and will not be cowered by the mayor’s threats,” it said in a statement sent to media and posted on its official Facebook page.

RFC said it will “contemplate simply bringing its business elsewhere” depending on the actions taken by Pasig City, its base since 1988.

On November 9, 23 people were arrested and charged with physical injury, among other charges, following a violent dispersal of the picket line at the RFC compound that day.

The following week, Sotto took to Facebook to express his disappointment over RFC’s hardline stance on the labor dispute, particularly its refusal to drop the changes against the 23.

The mayor had stressed that the 23 were “not criminals” and were just “fighting for what they believe to be just.” (READ: ‘They’re not criminals: Vico Sotto backs arrested workers in labor strike)

“You can continue with the labor dispute without sending the poor and powerless to jail! I condemn the misuse of your privileged position to suppress the rights of your protesting workers. If you want to have a healthy relationship with our city, I highly suggest you rethink your position,” Sotto had said on Saturday.

On Tuesday, RFC said while it “respects the sentiments of our good Mayor, inasmuch as it also respects the rights of its workers to hold a peaceful strike,” it will not budge from its decision and will just allow the judicial process to take its course.

RFC countered that the strike conducted by the “minority union” was illegal and not peaceful and “was exercised in violation of RFC’s own rights, as well as the rights of other people” including the company’s 400 employees who were not part of the strike and were hindered from going to work.

RFC said it had written to Sotto early on, or prior to the dispersal, to “ask his assistance in amicably pacifying the situation.”

“This request merely fell on deaf ears, which is precisely what constrained RFC to resort to private security assistance for the sole purpose of reopening the gates of the company and resuming its usual business operations,” it said.

RFC also said that it was the Office of the City Prosecutor of Pasig City that found probable cause to indict the 23.

“Mayor Vico deliberately overlooks that RFC is not the complainant who pressed these criminal charges, RFC did not order their arrest, and RFC did not even participate in the preliminary investigation of these individuals,” it said.

RFC said that in a phone call and during the meeting between Sotto and its representatives, “the good mayor lectured RFC to be more humanitarian” but he “failed to see the company’s side.”

“RFC trusts the justice system, not because it can afford to, but because it has to. RFC can only hope that Mayor Vico will also offer it the same courtesy, as is required by the basic of rules of fairness,” it said.

“As recent events would however reveal, the Mayor’s mind is already made up on an unjust quid pro quo. This, RFC cannot allow,” it added.

It said that for 24 days prior to the dispersal, “RFC stood by and did nothing to the strikers even when they barricaded its ingress and egress, and even when the banner of KMU was visibly displayed in RFC’s private property.”

It said these were “clear violations” of RFC’s rights as well as the rights of the “lawful union” in RFC recognized as the employees’ sole and exclusive bargaining agent.

All the arrested workers were freed by Tuesday, after Sotto helped 11 of the 23 post bail.

The workers are expected to file countercharges against the illegal dispersal, with RFC owners Ricky and Susan See among the respondents.

RFC workers went on strike on October 16, to complain about alleged physical and verbal abuses by management, non-implementation of the collective bargaining agreement, and non-recognition of the new leadership within the union.

The union workers also decried alleged contractualization schemes by the company, with some employees working for RFC for about 20 years now. – Rappler.com