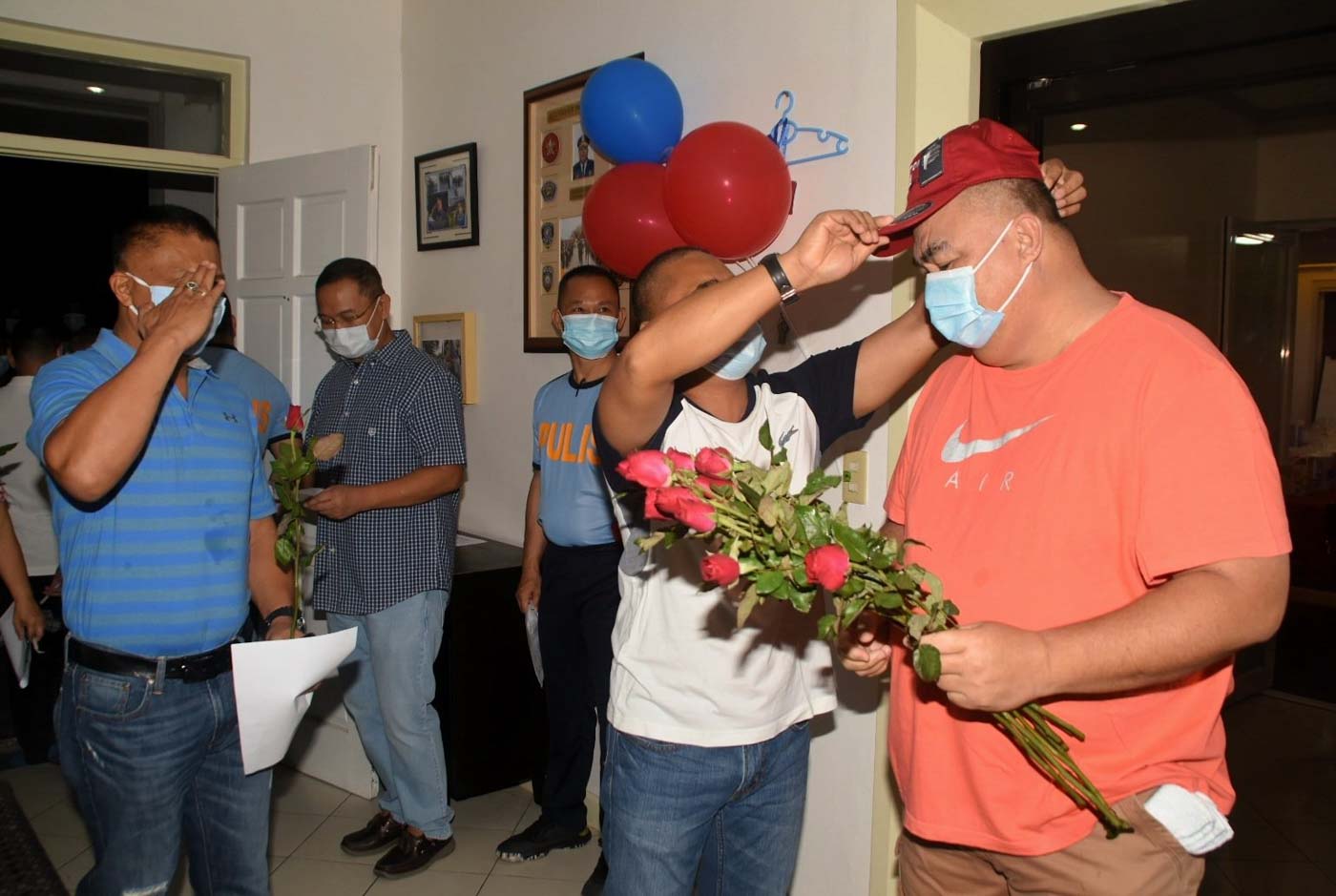 MANILA, Philippines (UPDATED) – Despite a ban on mass gatherings while Metro Manila was on lockdown, dozens of National Capital Region Police Office (NCRPO) cops gathered to celebrate the birthday of their chief, Major General Debold Sinas, in Camp Bagong Diwa on May 8.

The NCRPO documented the early morning celebration on its official Facebook page, where it posted photos of the event with the caption, “Happy Birthday, Sir Dodong!!” It was supposed to be a mañanita or an early morning birthday serenade organized by the cops for their chief.

The post was no longer available as of Wednesday, May 13.

Sinas, who turned 55 that day, took off his mask to blow out the candle on his Voltes V birthday cake – in reference to his signature program named after the popular Japanese animé character. 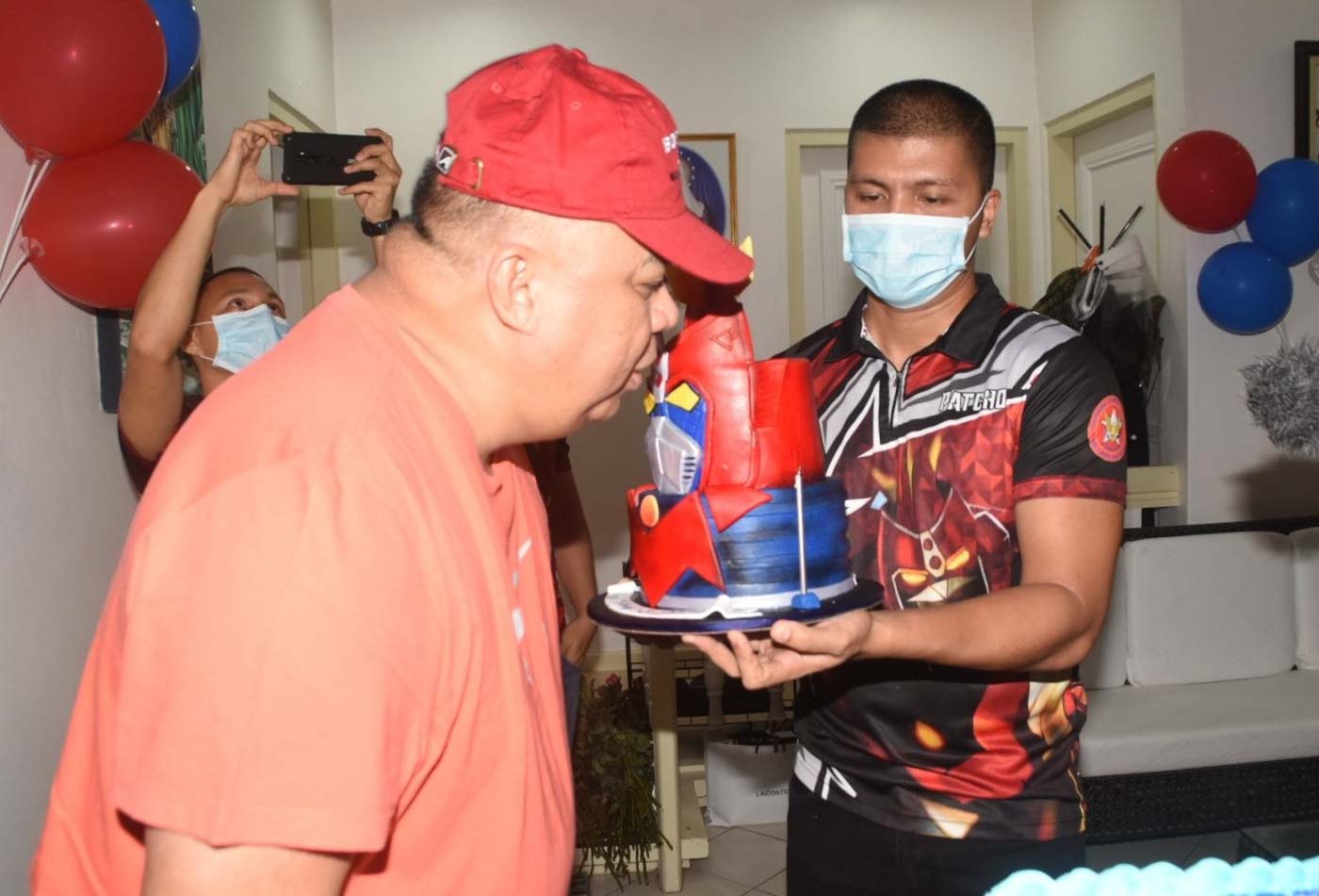 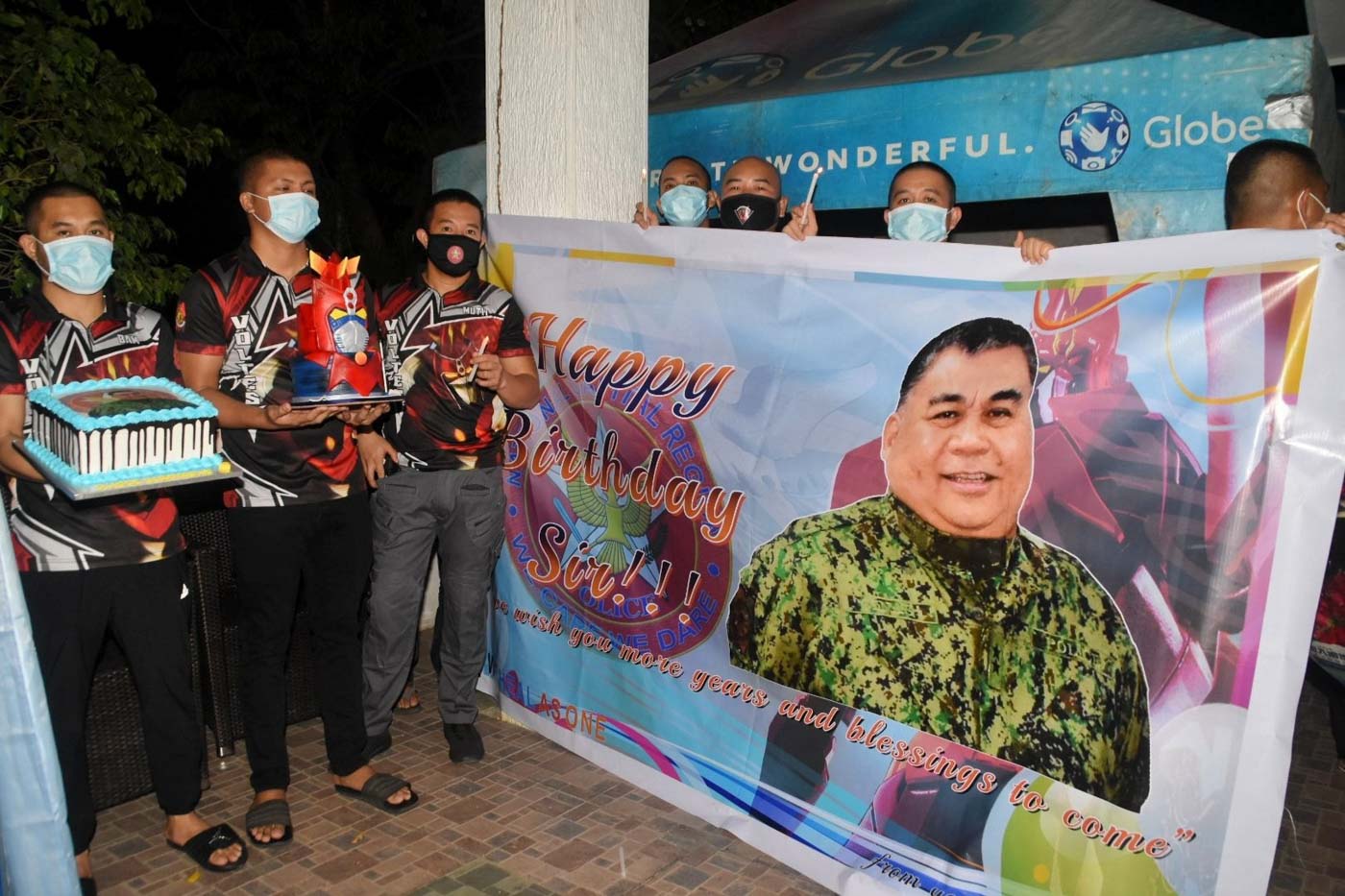 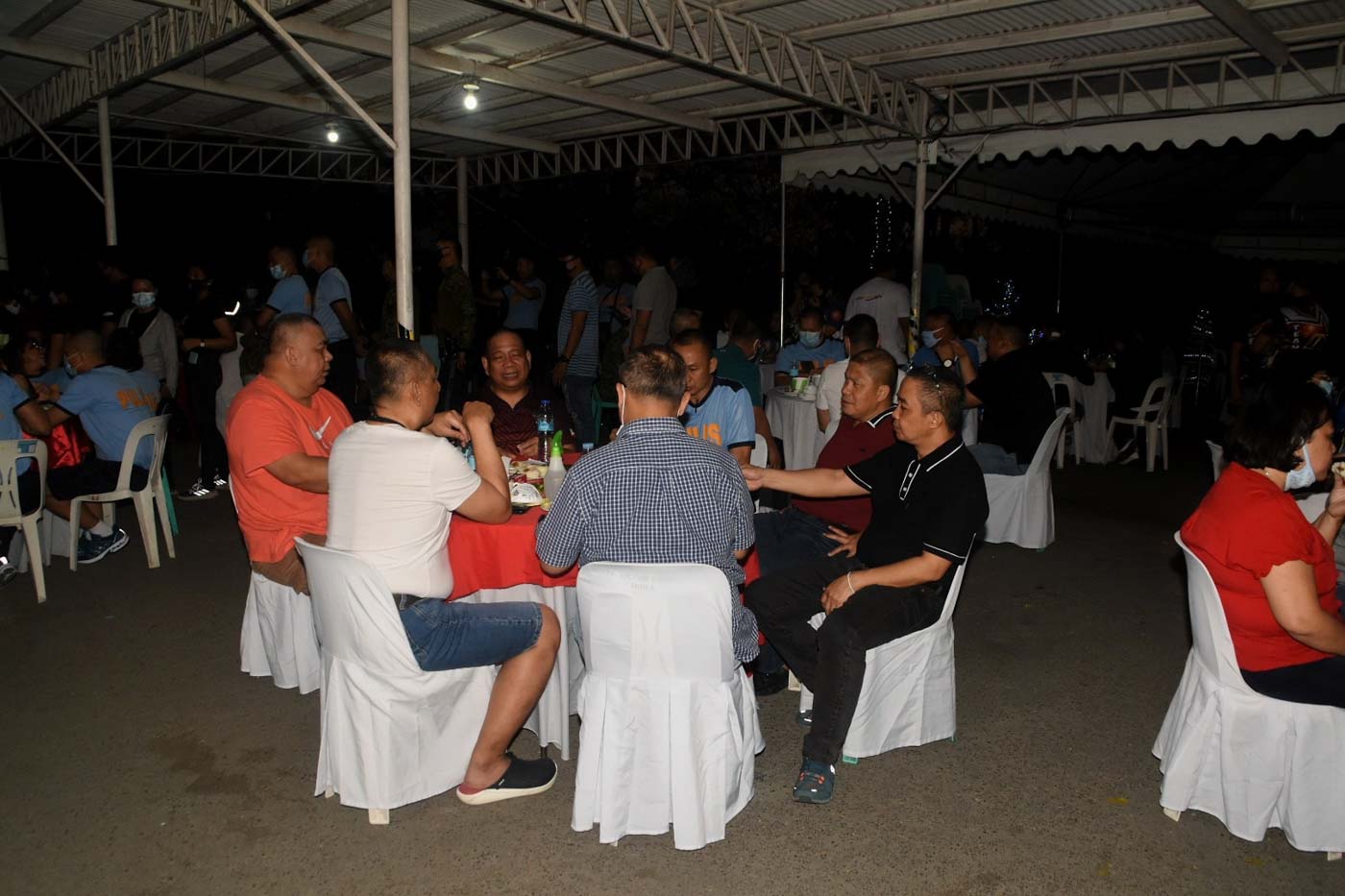 Photos of the event showed the cops and Sinas wearing face masks except when they were apparently eating, but still too close to one another in violation of the government’s prescribed physical distancing rules.

Aside from the suspension of mass gatherings, health experts and the government have prescribed physical distancing of at least 6 feet between people to stem the spread of the coronavirus disease. 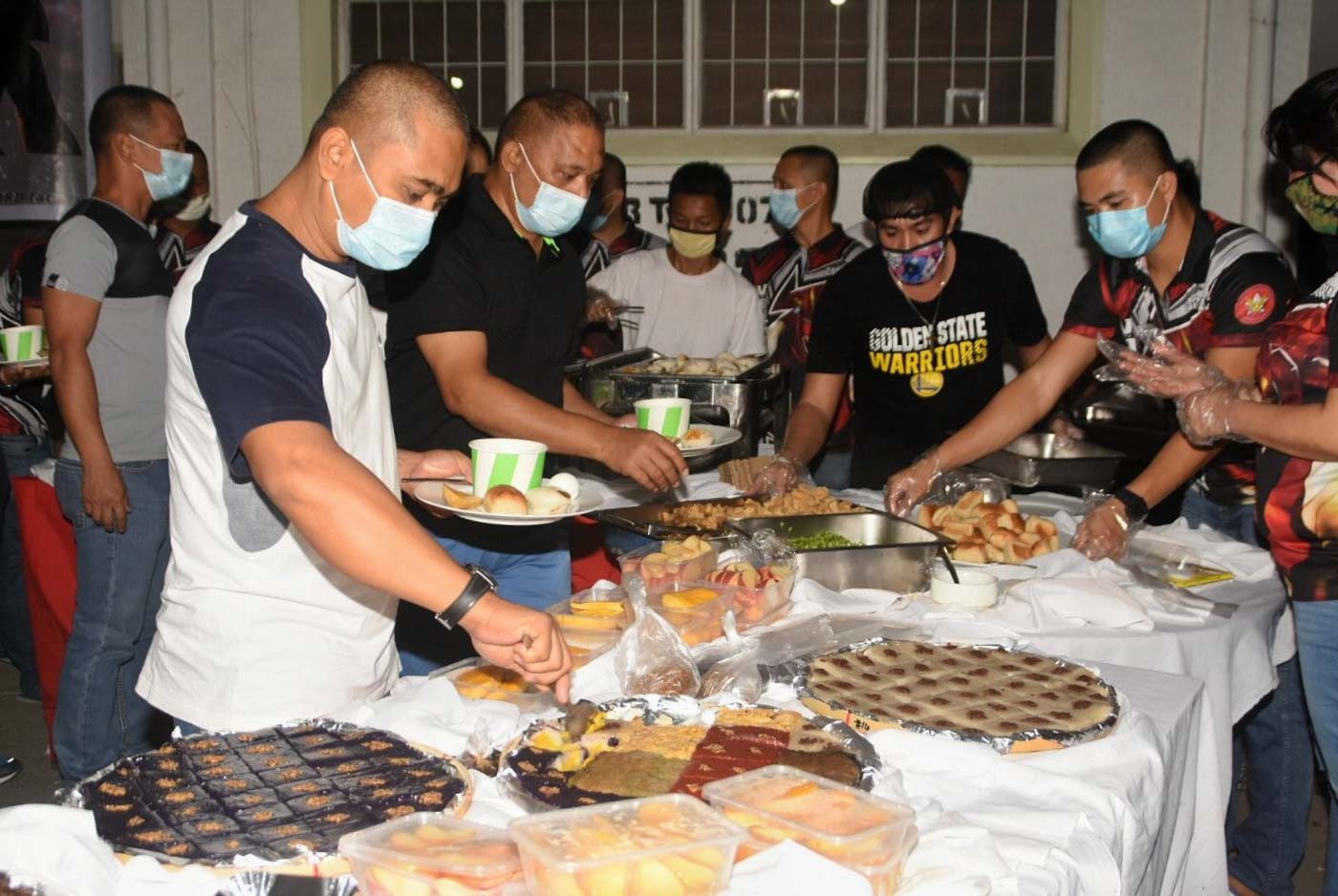 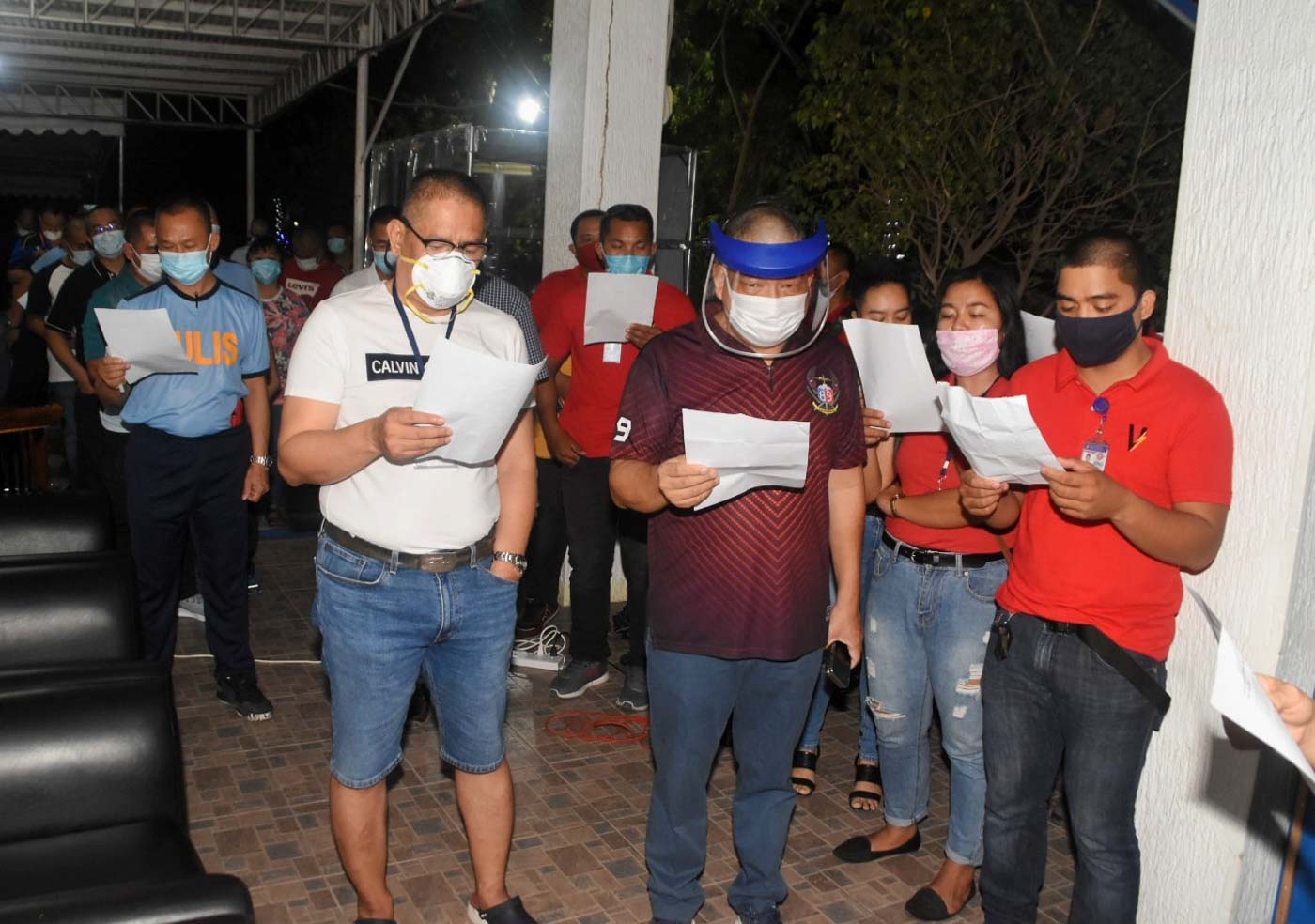 Asked for comment, PNP chief General Archie Gamboa said in a Facebook live press briefing on Tuesday, May 12, that Sinas informed him that “no party happened.”

But the PNP chief also said that if there are violations, he will “look into it.” Still, the trust of the police chief is intact.

“We know that his job at the NCRPO is very difficult. But, nevertheless, it is not an excuse for him not to follow simple health protocols,” Gamboa said.

After the salu-salo, Sinas celebrated his birthday through a “One Time Big Time” program, where the NCRPO delivered around 13,255 relief packs to  poor families in Metro Manila.

The PNP came to the defense of of its senior official as it strictly enforced lockdown rules for civilians, with reports of abuse mounting at the Commission on Human Rights.

On April 20, 4 cops stormed the high-end Pacific Plaza Towers (PPT) condominium complex in Bonifacio Global City, Taguig City, after getting a report from Mayor Lino Cayetano’s office that some residents were gathered in a common area inside the condominium complex without face masks.

The cops, who had threatened the building’s guards with arrest if they were not allowed in, accosted residents who did not wear face masks and allegedly did not practice physical distancing by the pool area – a warrantless entry in private property that retired Supreme Court associate justice Antonio Carpio had deemed as illegal.

In the wake of the Taguio condo incident, Sinas himself had assured the public that there would be no double standards in enforcing the law, saying, “The violators are not excused nor exempted from the national directive to use face masks, observe social distancing and the like.”

The birthday party for Sinas was held as the PNP strives to contain the spread of the virus spread within its ranks. As of May 8, a total of 131 cops were confirmed to have COVID-19, with 4 deaths and 49 recoveries.