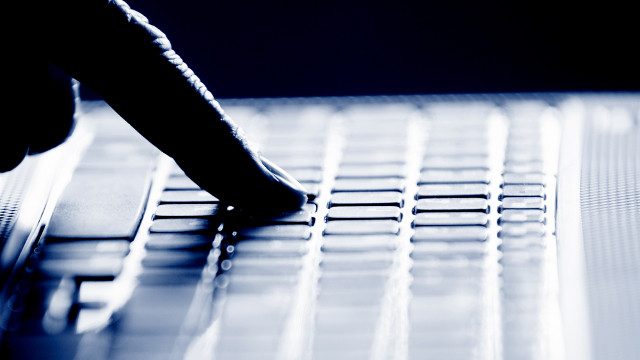 Facebook Twitter Copy URL
Copied
Hate lining up for government services? One day, you can do everything online.

BOHOL, Philippines – Renew your passport, pay taxes and apply for a business permit on a single government website?

If the government achieves its plan to integrate all government services into a single portal, citizens may never have to line up in front of a government office ever again.

Well before 2020, the Department of Science and Technology (DOST) plans to standardize all government websites and integrate them into a single portal which will allow citizens to access government services and pay for them in a few mouse clicks (or touchscreen taps).

“The portal will be citizen-centric, not agency-centric. The orientation is to the customer not the provider,” DOST Information and Communication Technology Undersecretary Louis Casambre told Rappler.

He described the government portal as a “one stop shop” for public services. The site, which will likely go by the address “www.gov.ph,” will have a menu of public services – everything from getting a driver’s license to applying for an Environmental Compliance Certificate to put up a resort in Palawan.

A component of the DOST’s i-Governance project, it promises to save citizens from enduring hours, sometimes days, of lining up in government offices. It’s also a possible solution to red tape that has long discouraged citizens and the private sector from engaging with government.

Instead of services appearing on separate websites (passport services at the Department of Foreign Affairs site, tax forms on the Bureau of Internal Revenue site, etc), the services will be categorized according to the person applying for them.

“The citizen doesn’t need to know which agency issues his passport. He just wants to get his passport. So there will just be a menu for all these services instead of the citizen having to go to different websites,” said Casambre.

Services for citizens, businessmen and government employees, for example, will be in different tabs on the same site.

“Each citizen is issued a digital certificate which he can use to authenticate himself, going into the system,” explained Casambre.

The site will also feature PHP, a payment gateway program that makes it easier for government agencies to collect payments from citizens, be it for processing fees or taxes.

PHP will be operational on some government websites by this June.

But the single portal will take a longer time.

“There is a lot of re-engineering to be done. The foundation is being laid by our current efforts which will be done within President Aquino’s term,” said Casambre.

The “foundation” he mentioned is the integration of all existing government websites into a single webhosting service. A webhosting service is an online service that allows individuals or groups to make their website accessible through the World Wide Web.

Departments or local government units that applied with Internet Service Providers for bandwidth to put up their own websites are now required by the DOST to migrate to a single webhosting service, thus aggregating all the bandwidth and making the single portal load faster.

Bandwidth, the range of frequencies in a band used for transmitting signals, is a measurement of the ability of an electronic communication system to send and receive information.

The higher the bandwidth, the greater the amount of data that can be sent and received by a device.

The standardization and weaving together of all government websites is also a security measure against hackers or other disturbances.

In September 2012, the same group hacked the websites of Bangko Sentral ng Pilipinas and Metropolitan Waterworks and Sewerage System in protest against controversial provisions in the Cybercrime Prevention Act of 2012.

Many websites, especially those of local government units, are created by amateurs tapped by officials who don’t know any better.

As a result of substandard coding or outdated software, the website is pockmarked with weaknesses and chinks in the system.

“There are usually vulnerabilities that haven’t been found yet. As soon as the vulnerability is found and fixed, you have to update your software which often doesn’t happen,” said Casambre.

Many website developers, contracted by the government unit or agency for a limited period of time, do not bother to update the software or maintain the website after it goes up on the Web.

DOST, with the help of a third party, will constantly monitor and maintain the government portal.

But won’t fusing all government services and data into one system just make it easier for hackers to cause greater disruptions in one go?

Yes and no, said Casambre.

While the portal does put all eggs in one basket, it also makes it easier for the government to keep an eye out because there are fewer platforms to protect. Updating the platform, covering up loopholes, finding and fixing vulnerabilities will also be more manageable.

The initiative for an all-in-one portal began as early as 2006 but is gaining ground only now because of efforts to create shared infrastructure (the single webhosting service) and shared services for the internal operations of the site.

It’s likely the envisioned portal won’t be ready within the present administration but the foundation is already being laid. In the meantime, Filipinos will have to wait in line a little longer. – Rappler.com