De Lima to Binay camp: I cannot be intimidated 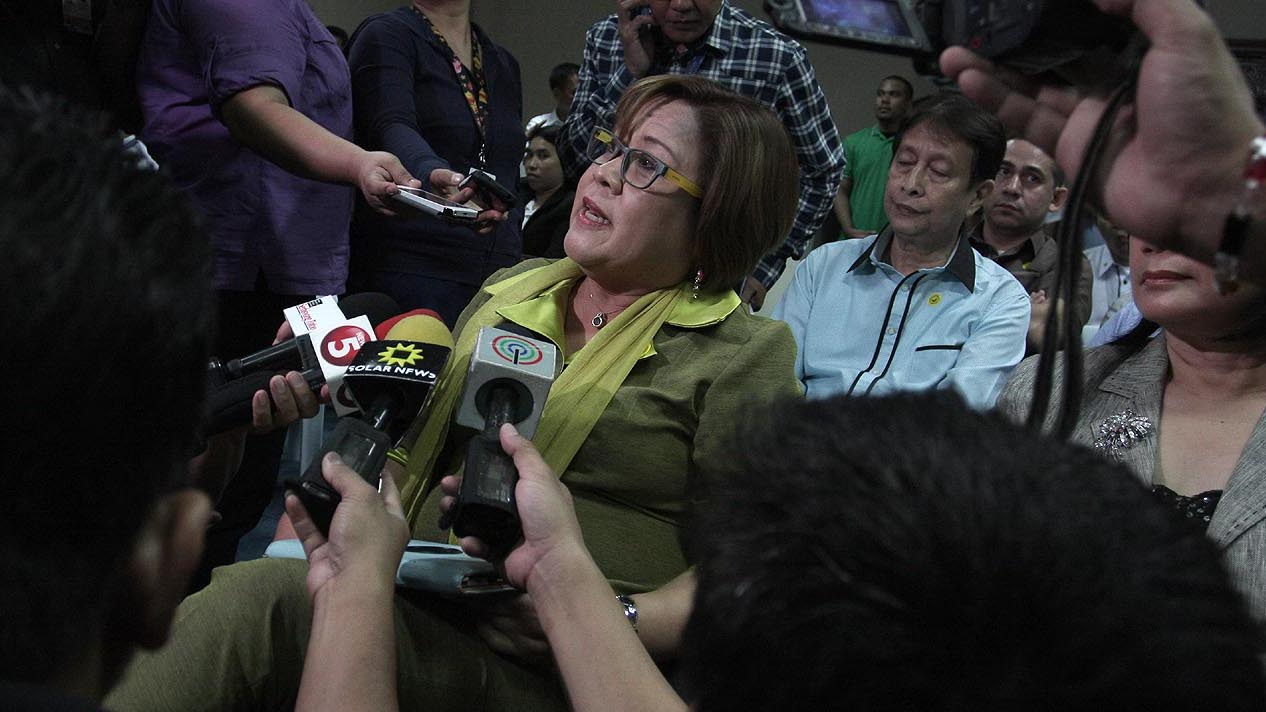 MANILA, Philippines – Justice Secretary Leila de Lima blasted the camp of Vice President Jejomar Binay for “overreacting” to her statements about her plan to investigate corruption allegations against him.

“They are trying to intimidate us. That is definitely not acceptable,” De Lima told dzMM on Monday, October 13, in reaction to a statement by Navotas Representative Toby Tiangco, interim president of Binay’s party, the United Nationalist Alliance (UNA), accusing the justice secretary of having “prejudged the matter” following her “sudden interest” in the controversy.

De Lima stressed that it’s the mandate of her department and its investigating unit, the National Bureau of Investigation, to look into “serious allegations” hurled against public officials. “I am surprised by the overreaction of certain camps. Why are they taking issue with the involvement of the DOJ and the NBI when this is our mandate? I cannot be intimidated,” she said.

Last week, De Lima said she intended to meet with whistleblowers who have appeared at the Senate and linked Binay and his family to ill-gotten wealth acquired through fat commissions from suppliers. After that meeting, she said she will then decide on whether or not to pursue her department’s own investigation of these allegations. (READ: Binay’s ‘dear friend’ got P1.3B contracts in 4 years)

But in the dzMM interview, De Lima acknowledged that based on the information disclosed at the Senate hearings alone, it is “most likely” that the DOJ and the NBI will pursue the probe into the Binays.

“Yes most probably,” the justice secretary replied when asked if she will proceed with the investigation. “Sayang naman ang information kung walang mag-pursue,” she added. (The information would be put to waste if not pursued.)

Binay’s longtime aide, former Makati Vice Mayor Ernesto Mercado, has led the charge in a series of exposés against Binay before the Senate, the latest of which points to a 350-hectare farm in Rosario, Batangas, which is now owned by a corporation but which Mercado insisted belongs to the Binays. Before an October 8 Senate hearing, Mercado detailed how the Binays acquired the property, which he estimated to be valued at P1.2 billion ($26.77 million).

When Newsbreak first exposed the property in 2001, the farm was only 66 hectares. (READ: The Lord of Makati: Can Binay explain his wealth?) 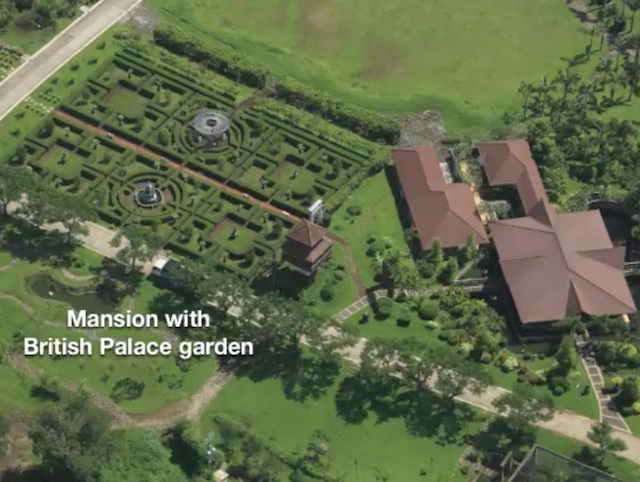 Binay has categorically denied Mercado’s claim and accused his political rivals of mounting a demolition campaign against him given his current lead in surveys for choices for the 2016 presidential race. The most recent survey however indicates that the allegations have caused a decline in his trust and approval ratings. Binay attributed his drop to the “toxicity of the political atmosphere.” The ruling Liberal Party is eyeing Interior and Local Government Secretary Mar Roxas, a laggard in the polls, to be its standard bearer in 2016. Binay defeated him in the 2010 vice presidential race.

The Vice President and his family – his son is Makati mayor while his two daughters are members of the Senate and the House of Representatives – have also discredited Mercado, saying it was the former vice mayor who bagged millions from government contracts.

Mercado admitted to the Senate that he earned from corrupt activities. Rather than diminish Mercado as a witness, this admission “adds to his credibility,” De Lima explained.

“Admission against interest,” De Lima said, is the essence of a whistleblower, citing the case of pork barrel scam state witness Benhuy Luy whose revelations are now being confirmed at the ongoing trial in the Sandiganbayan.

The alliance of Binay and Mercado dates back to 1992, when they ran together under the banner of the Partido ng Demokratiko Pilipino (PDP) – with Binay for mayor and Mercado for councilor.

Together, they have been linked to corruption cases that have since been dismissed.

The Binay-Mercado partnership was broken in 2010. This was after Binay allegedly reneged on his supposed promise that he would endorse Mercado as his successor. Instead, Binay fielded his son Erwin Jejomar or “Jun-Jun” for mayor. – Rappler.com