Badoy faces another complaint at Ombudsman over red-tagging Robredo 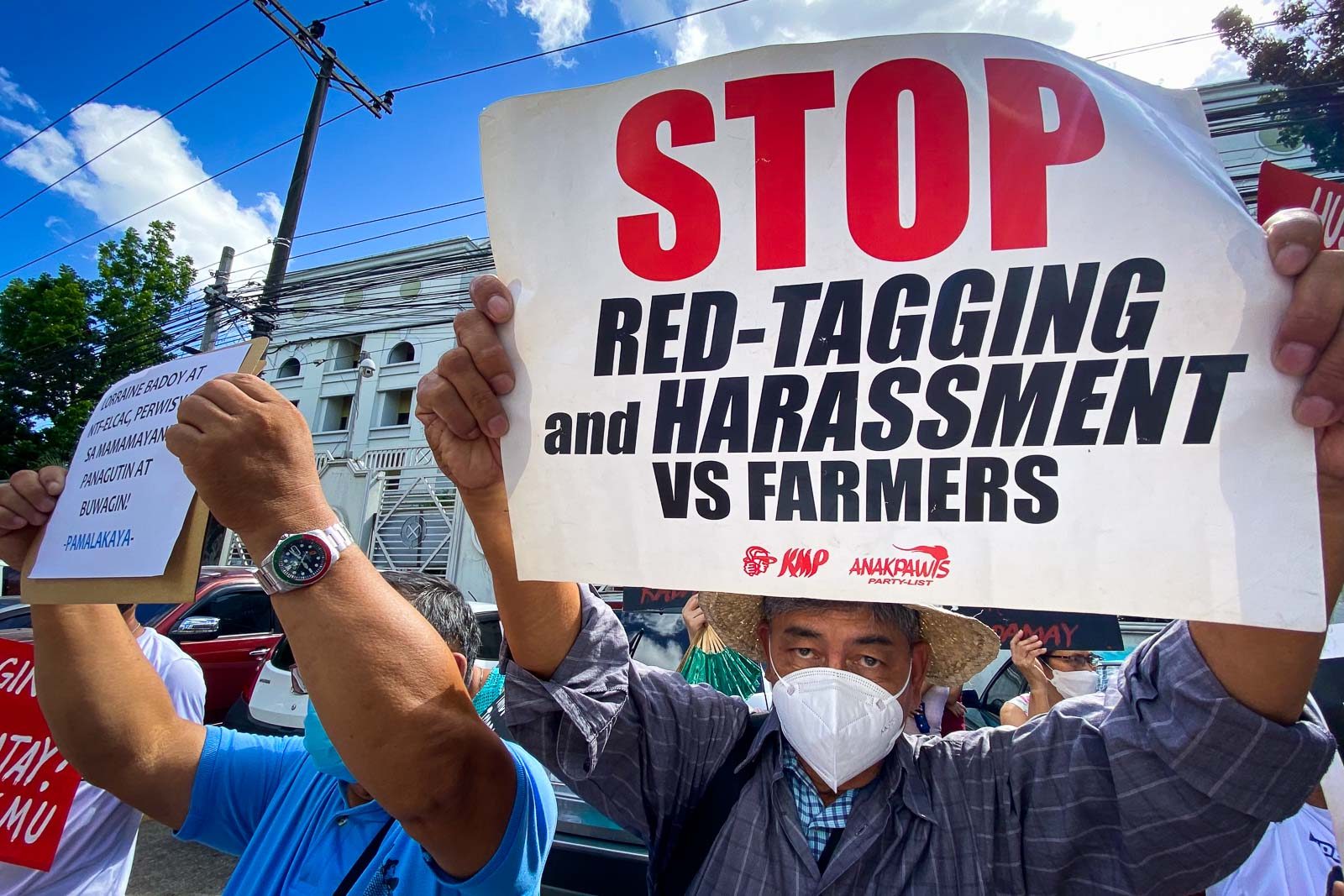 PETITIONERS. Members of militant groups stage a picket outside the Office of the Ombudsman after filing an administrative complaint against PCOO Usec. Lorraine Badoy on March 30, 2022.

Facebook Twitter Copy URL
Copied
The progressive groups who filed the complaint say Facebook’s ‘continued refusal’ to act on disinformation, as well as ‘libelous and hateful remarks’ Badoy used against the Vice President, compelled them to bring the case to the Ombudsman 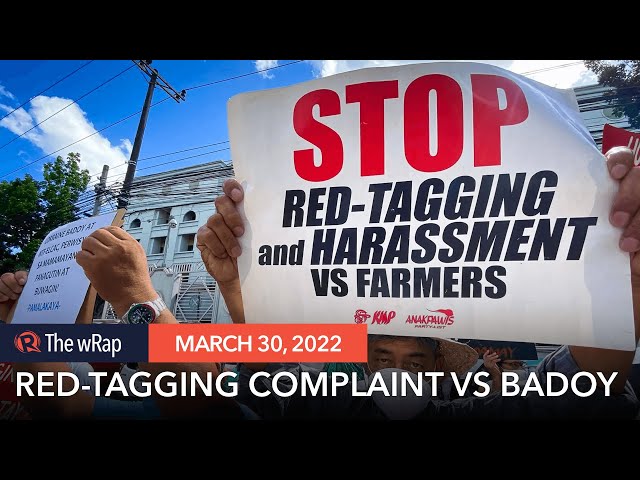 MANILA, Philippines – Presidential Communications Operations Office Undersecretary Lorraine Badoy faces yet another complaint before the Office of the Ombudsman over her serial red-tagging of Vice President Leni Robredo and supporters of her presidential bid on a government platform.

On Wednesday, March 30, petitioners from progressive groups filed the complaint before the Ombudsman against Badoy for making baseless allegations that Robredo supports the Communist Party of the Philippines-New People’s Army (CPP-NPA).

These allegations were made on the official Facebook page of the National Task Force to End Local Communist Armed Conflict (NTF-ELCAC), of which Badoy is spokesperson. The petition was filed a week after some 26 activists and concerned citizens filed a separate complaint with the Ombudsman for the same reason.

“[Badoy] alleges that Vice President Robredo is a supporter of the CPP-NPA, without offering any evidence except for expressions of support from groups belonging to the left side of the political spectrum and her willingness to resume peace talks with rebel groups,” the petitioners said.

These are Badoy’s alleged violations, according to the petitioners:

They also claimed that Badoy violated RA 6713 or the Code of Conduct and Ethical Standards for Public Officials and Employees, and Joint Circular No. 001 (s. 2016) of the Commission on Elections and Civil Service Commission on electioneering and partisan political activities.

They referred to two NTF-ELCAC posts, one of them on March 14, when Badoy falsely accused Robredo of conspiring with the CPP just because the progressive Makabayan bloc endorsed her for president. The petition also referred to Badoy’s March 21 statement, calling on Robredo to condemn the CPP-NPA. “Any candidate that cannot do this is not worthy of our trust and will use the powers of his/her office to torment us because of their ties with this terrorist organization,” Badoy said.

The petitioners were “appalled and deeply disturbed” at how Badoy used government resources to “not only to wantonly red-tag, maliciously attack and malign progressive individuals and groups but how she brazenly and publicly associates and links the presidential campaign of [Robredo] with the CPP.”

They said that, without evidence, Badoy’s statements serve no other purpose than to tarnish the Vice President’s reputation. They noted how social media has been weaponized to spread hate and disinformation, especially targeting people who oppose those in power.

Facebook’s “continued refusal” to act on disinformation, and the “libelous and hateful” remarks in the case of Badoy and Robredo, compelled the progressive groups to bring the petition to the Ombudsman, they said.

Increased reliance on government sources dangerous for Filipinos on Facebook “Usec. Badoy-Partosa’s actions, if left unchecked, will serve to encourage similar actions on other government officials and employees and will contribute to the erosion of public trust in our institutions,” they said.

Opposition leader Robredo, who is running for president, has been found to be the top target of disinformation according to fact checks of fact-checking initiative Tsek.PH. This election season, the initiative found that election disinformation tends to target her, and benefit her rival, pre-election survey frontrunner, dictator’s son Ferdinand “Bongbong” Marcos Jr.

The earlier March 23 petition was the first of its kind during the 2022 election period, capping the surge of red-tagging incidents under the Duterte administration that has cost lives of activists and human rights defenders.

Based on Rappler’s count, the March 30 complaint was the seventh time that Badoy faced accusations of impropriety for red-tagging and spreading false information. Similar complaints had been lodged by IBON Foundation, rights group Karapatan, the National Union of Peoples’ Lawyers, and Kabataan.  – Rappler.com