MANILA, Philippines – As the election campaign season heats up, disinformation efforts are in overdrive in an attempt to elevate or belittle presidential candidates.

The University of the Philippines – College of Mass Communication, through the Office of Research and Publication, organized a Brown Bag Series lecture entitled “Deconstructing election misinformation via Tsek.ph fact checks” via Zoom on March 16, Wednesday. Journalism professor and Tsek.ph project leader Yvonne Chua was guest lecturer.

Chua discussed the essential role of fact checking in understanding or deconstructing the misinformation landscape in the Philippines. With unverified information flowing faster and easier than ever on social media, complacency might yield public opinions that are rooted from falsehood.

Citing the initial findings of a collaborative study with Associate Professor Maria Diosa Labiste based from Tsek.ph’s data, she presented that the election misinformation covered since the filing of the certificates of candidacy up to mid-February has targeted mainly Leni Robredo and Ferdinand Marcos, with the former receiving negative messaging while the latter earning positive branding.

[ANALYSIS] Scaffolding our notions of trust 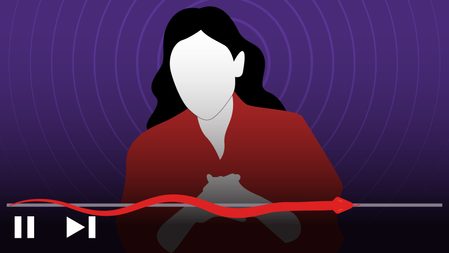 “Robredo’s quotes have been mangled, twisted, [or] fabricated to make her look like she is spouting nonsense. She has been called, rather harshly, Madumb, lutang, tanga, utal-utal.” Chua said.

(Robredo’s quotes have been mangled, twisted, or fabricated to make her look like she is spouting nonsense. She has been called, rather harshly, Madumb, light headed, stupid, stammerer.)

In a similar report, Vera Files Fact Check presented that from January 1 to December 10 of last year, the incumbent vice president also topped the list of political personalities who were targets of disinformation.

Tsek.ph is a fact-checking collaboration among 34 partners from the academe, media, and civil society groups. This project aims to promote truth and fight disinformation specifically for the May 2022 elections.

On the other hand, the lecture explained that the distribution of such certain false or misleading claims appears to be coordinated. This claim is similar to the results of the study conducted by the Digital Public Pulse. That study found out that highly influential yet dubious social media accounts show signs of “networked political manipulation”.

Chua tackled that the lack of fact checking policies of social media platforms contributes to the immense spreading of disinformation. Using her analysis of the data from Tsek.ph, she mentioned that Facebook was the biggest enabler of disinformation of all social networking sites, followed by YouTube and TikTok.

The Internet has long been weaponized to exploit human behavior and to dispute the credibility of journalists who serve as the watchdog of the government.  In her Nobel Peace Prize acceptance speech, press freedom icon and Rappler CEO Maria Ressa mentioned that Facebook and other American companies responsible for the global information ecosystem are “biased against facts, biased against journalists.”

During the question and answer portion of the lecture, Chua lamented the complacency of Filipinos when it comes to receiving loads of information.

“One of the biggest barriers that we’re up against is ‘yung ugali nating mga Pinoy na maraming hindi nagtatanong – tinatanggap lang [yung kahit anong information] – Maybe for some, you are not loyal or you are betraying someone if you question what [others] are sharing.” she said

(One of the biggest barriers that we’re up against is the lack of inquisitiveness of Filipinos – just accepting the flow of information – Maybe for some, they fear that it might indicate that you are not loyal or you are betraying someone if you question what others are sharing.)

To somehow alleviate this problem, she suggested that media and information literacy must be taught as early as kindergarten or grade school, when children are already exposed to disinformation. According to a December 2021 Social Weather Stations survey, 51% of Filipinos find it difficult to identify disinformation claims on social media.

When asked about the engagement of fact checking initiatives in Tsek.ph, Chua remains optimistic that these will gain more public attention. She stressed the inherent role of journalists to share stories of truth, even with a small number of audience.

“There are times when we ask ourselves whether this is all worth-doing. But ang training natin as a journalist is to seek and put out the truth. Kapag tumigil ka doon, ano pa’ng saysay at kabuluhan mo bilang journalist?” she said.

(There are times when we ask ourselves whether this is all worth-doing. But our training as journalists is to seek and put out the truth. If you do not do this, what else would be your worth and essence as a journalist?) – Rappler.com