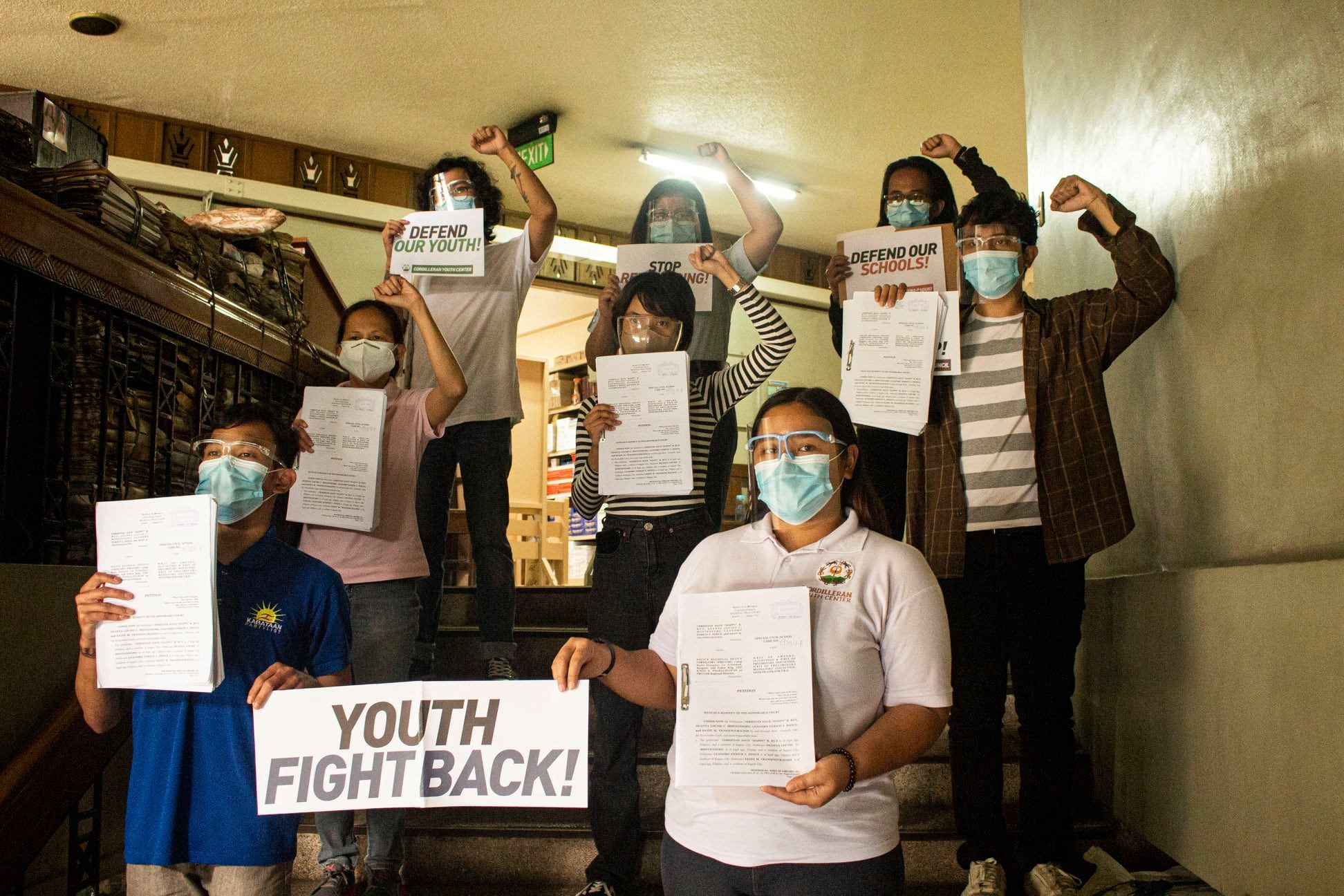 YOUTH ACTIVISTS. Youth activists filed a petition for writ of amparo before a Baguio court on March 24, 2021.

Acting on a petition for the protective writ of amparo, a Baguio City court has ordered the Philippine National Police in the Cordillera Administrative Region to temporarily stop all its red-tagging activities against progressive youth groups in the region.

In an order on March 25, Presiding Judge Emmanuel Cacho Rasing of the Regional Trial Court of Baguio City Branch 3 temporarily banned the Police Regional Office Cordillera (PROCOR) and all of its units from publishing any form of materials that will red-tag the petitioners, while it hears the petition.

“In the meantime, and also as agreed at the hearing on March 24, 2021, without necessarily admitting responsibility for those already posted or publicized, respondent Police Regional Office Cordillera, including all PNP units, groups, stations, officers, and offices under it shall henceforth make no social media or tarpaulin postings, or public postings by any other means, branding/tagging herein petitioners and the organizations they belong to as stated in the petition, as communists-terrorists,” the judge said in the order.

The court ordered PROCOR chief Police Brigadier General R’win Pagkalinawan to respond to the allegations, “together with supporting affidavits,” within a non-extendible period of 5 days.

If the petition is granted, the privileges will also be granted, one of them possibly a protective order.

Progressive groups were represented by petitioners Christian Dave “Happy” Ruz of Kabataan Party List Baguio; Deanna Louisse Montenegro of the National Union of Students of the Philippines-Cordillera; Leandro Enrico Ponce, chairperson of the University of the Philippines Baguio University Student Council; and Keidy Transfiguracion of the Cordilleran Youth Center.

The next hearing will be on March 29.

On March 24, red-tagged youth activists in Baguio City filed a petition before the Baguio City court seeking to prevent Cordillera police from posting any materials linking them to New People’s Army and communist-terrorists groups.

The College Editors Guild of the Philippines-Cordillera has cited the “rampant” red-tagging activities of Cordillera police in the past months, prompting concerned citizens and groups to file complaints before the Commission on Human Rights- CAR and the Baguio City Council.

In February, Cordillera Regional Law Enforcement Coordinating Committee (RLECC) signed a controversial resolution encouraging the resumption of anti-drug operations in the region.  It was widely opposed by national and local organizations, which reiterated that activism is not a crime.

The resolution stated “that Oplan Tokhang will also be employed to convince left-leaning [people] to return to the fold of the government and dissuade them from further supporting the Marxist-Maoist-inspired rebellion, and its known front organizations.”