Facebook Twitter Copy URL
Copied
Calida has a declared net worth of P73.4 million. While in office, he was able to acquire a condo in Davao City, more jewelries and more guns. 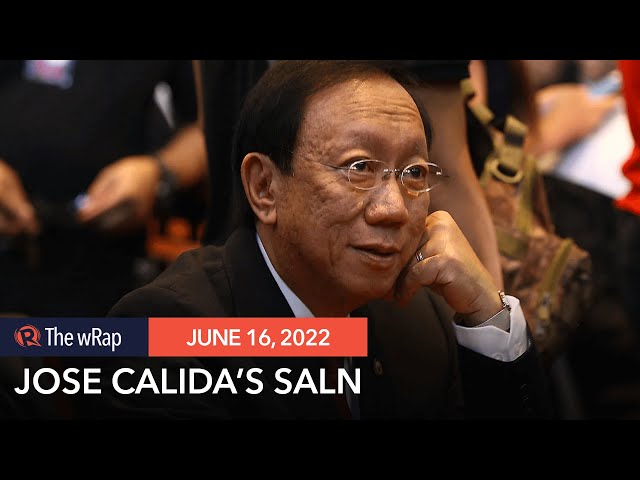 Calida is the highest-paid solicitor general, landing him on the Top 2 of the list of highest-paid government officials – a spot which no solicitor general has claimed before. Calida’s government earnings were propelled by his millions in allowances, a long-running dispute between the Office of the Solicitor General and the Commission on Audit (COA).

COA had been insisting that Office of the Solicitor General (OSG) lawyers should not get an allowance that is more than half their annual salary. But Calida is able to get allowances even quadruple his basic salary.

Rappler obtained Calida’s 2017, 2019, and 2021 SALNs through the Freedom of Information (FOI) program. Documents show that since 2017, Calida was able to purchase a condominium unit.

His 2019 SALN shows Calida bought that year a P4.4-million condominium unit in Davao City, inclusive of parking. That increased Calida’s real properties worth to P9.126 million, including longtime properties in Davao City, his hometown, a residential house in Makati, and a condominium in Tagaytay City.

Calida and his family owned a security firm that cornered hundreds of millions worth of government contracts. But after a scrutiny in 2018, Calida and his family divested in 2019 and sold almost all their shares to Dominic Edgard Angeles Cabangon (60% shares) and Benjamin del Villar Ramos (39.998% shares). Cabangon is chairman of the ALC media group that owns CNN Philippines, while Ramos is president of the television network franchise.

The OSG under Calida was used to go against perceived critics of the government – including priests, lawyers and media.

In office, Calida was also able to acquire more jewelries, watches, and guns.

Calida maintained his zero liability all throughout.

Not included in his total net worth, but indicated in the SALNs, is the P3-million increase in the personal properties of his spouse and unmarried children.