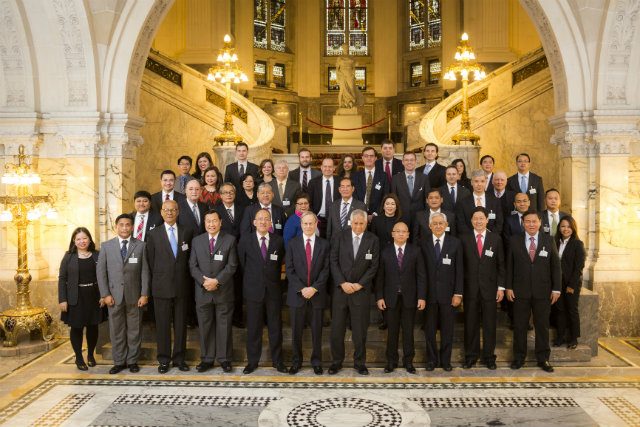 PHILIPPINES. The Philippine team that flew to the Hague in November 2015 to defend the merits of the Philippines' case vs China.

The decision of the Philippines to file a historic case against China handed Filipinos a landmark victory over its claim of the West Philippine Sea. But the move to haul China to international court back in 2013 was no easy task, retired Supreme Court justice Antonio Carpio said, as advisers of the late former president Benigno Aquino III had been “bitterly divided” over the choice.

Carpio wrote in his column on the Inquirer on Thursday, July 1, that two factions in the Aquino administration “fought from the beginning to the end.” Carpio, though, lauded Aquino for making the tough call that eventually ushered that legal victory of the Philippines over China.

Aquino, who died on June 24, had been widely celebrated for his legacy and achievements gained after leading the country from 2010 to 2016 – foremost of which was standing up to China.

“It took courage and wisdom to sue China, an economic giant and a nuclear-armed superpower. President Aquino made the difficult decision even as his closest advisers were bitterly divided, with one faction against the arbitration and the other in favor of the arbitration,” Carpio said on Thursday. 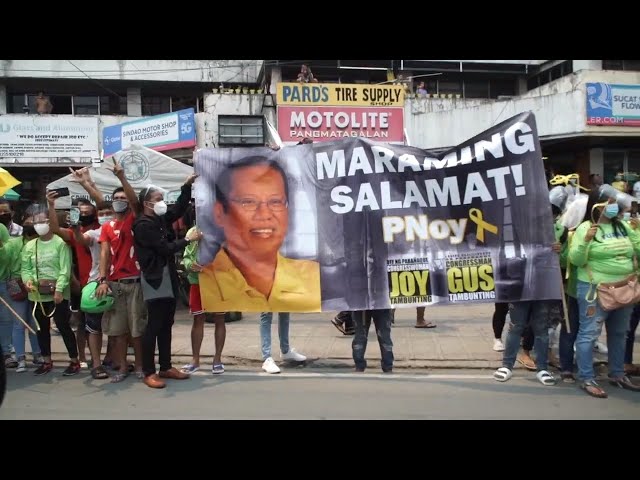 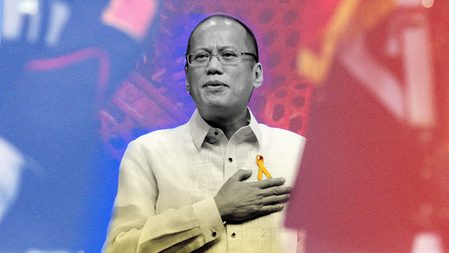 Carpio shared instances where the division played out in the government’s decision-making, eventually shaping the Philippines’ case against China.

One of these came as early as having Aquino consider the option of filing a case against Beijing, Carpio said.

One on side was former foreign secretary Albert Del Rosario, who consulted with law of the sea expert Paul Reichler and his team, before submitting to Aquino a recommendation to file an arbitration case against China. Reichler later became the lawyer of the Philippines at the Permanent Court of Arbitration in the Hague.

Carpio said Del Rosario’s memorandum in favor of an arbitration case was later “rewritten in Malacañang, making it appear that he was against the filing” of such. Del Rosario, however, found a way to relay his recommendation to Aquino, who later called for a meeting with national leaders to decide on whether the country should file a case.

“Except for one, all voted to file the arbitration case,” Carpio said.

This saw the two factions at loggerheads once more. Carpio shared that on one side, Reichler and Del Rosario, recommended the inclusion of the status of Itu Aba as an issue the arbitral tribunal should resolve. However, there were several attempts to leave it excluded.

First, when Reichler and Aquino were supposed to discuss this, “only to be told by then Executive Secretary Paquito Ochoa Jr that the President could not meet them.” Carpio said Ochoa had told Reichler and his team that Aquino’s instruction was to keep the Philippines’ claim as it was.

While this was the case, Carpio said that Reichler planned to discuss Itu Aba, “without including it as an issue to be resolved by the tribunal.” Reichler would later submit a draft of the memorial with 15 paragraphs on Itu Aba for Aquino’s review.

There were efforts to delete these portions, Carpio said, though he did not disclose the names of those who supported this decision. Carpio wrote that he met with then-justice secretary Leila De Lima to explain why Reichler’s paragraphs on Itu Aba should not be deleted and handed her a two-page brief on the issue for Aquino.

In 2014, Rappler reported that former solicitor general and Supreme Court justice Francis Jardeleza deleted the relevant paragraphs and reportedly argued this would appease China and help restore relations with the Asian superpower. Jardeleza later said that high-stakes decision to include Itu Aba was risky because if the tribunal ruled it was an island, “there would be an overlap of the EEZs (exclusive economic zones).”

Aquino would later decide to keep the paragraphs on Itu Aba. The late president also told Rappler editor at large Marites Vitug, during in interview for her book “Rock Solid,” that he was not informed of the meeting he was supposed to have with Reichler.

There was one more attempt made to keep silent on Itu Aba. Carpio said that when he arrived in the Hague in 2015 – after initially being excluded from the list of members of Philippine delegation – Reichler had been told by former solicitor general Florin Hilbay that he should not answer the tribunal’s questions on Itu Aba. Hilbay and Reichler were tasked to present the Philippine position.

On the eve of the first hearing, Carpio illustrated the implications on staying silent on Itu Aba, likening it to oral arguments at the Supreme Court, where lawyers’ refusal to answer questions could cost their cases. The Philippines would later answer the tribunal’s question on the matter.

Carpio expressed gratitude to Aquino for his courage and for “steadfastly pursuing the straight and principled path until final victory.” ‘Right thing to do’

A few months before his death, Aquino said in speech on February 2021, that the Philippines stood up to China “because it was the right thing to do.”

Aquino said: “We stood up to China because it was the right thing to do. China’s aggressiveness gave us the opportunity to finally resolve this long-standing dispute in this part of the region.” – Rappler.com