File photo shows a public school students in Mandaluyong City on the first day of distance learning during the opening of classes for school year 2020-21, on Monday, October 5.

The Department of Education (DepEd) is probing reports of academic dishonesty or cheating in its implementation of distance learning system.

In Laging Handa press briefing aired on state-run PTV4 on Friday, March 5, Education Undersecretary Diosdado San Antonio said that cheating, even in remote learning setup, should not be tolerated.

(Our colleagues are checking and validating these reports. From the very start, we stressed that this is not allowed because it won’t hep in teaching honesty among students.)

San Antonio said that DepEd is also looking into reports of teachers giving and selling answers to the exercises in learning modules.

(We’re not allowing this, and of course those who are proven to engage in this activity, especially my fellow teachers, will face administrative cases.)

San Antonio did not give details on the possible sanctions against erring teachers.

A Rappler investigative story published on February 2 revealed that some students even pay others to do their classwork. 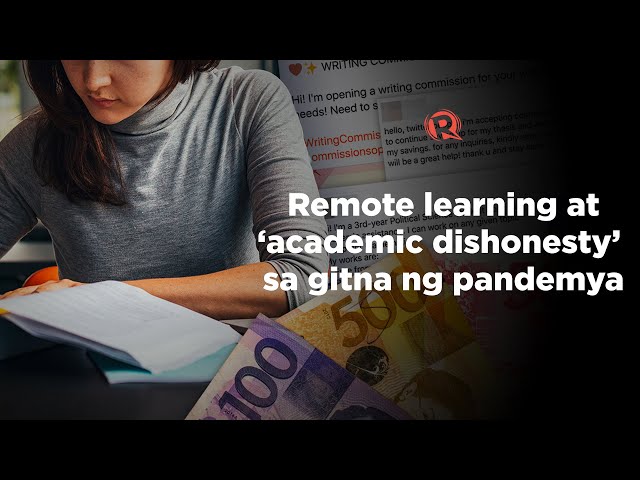 The issue of whether students are actually learning in a remote set-up is concerning. Recent global assessments showed that Filipino students lagged behind in terms of academic performance compared to other countries, especially against their Southeast Asian counterparts.

The implementation of distance learning has been criticized, as the country appeared not prepared for it. This is evident in erroneous learning modules and teachers having difficulty coping with the new mode of instruction. Students also lacked access to the technology needed for the remote learning. – Rappler.com